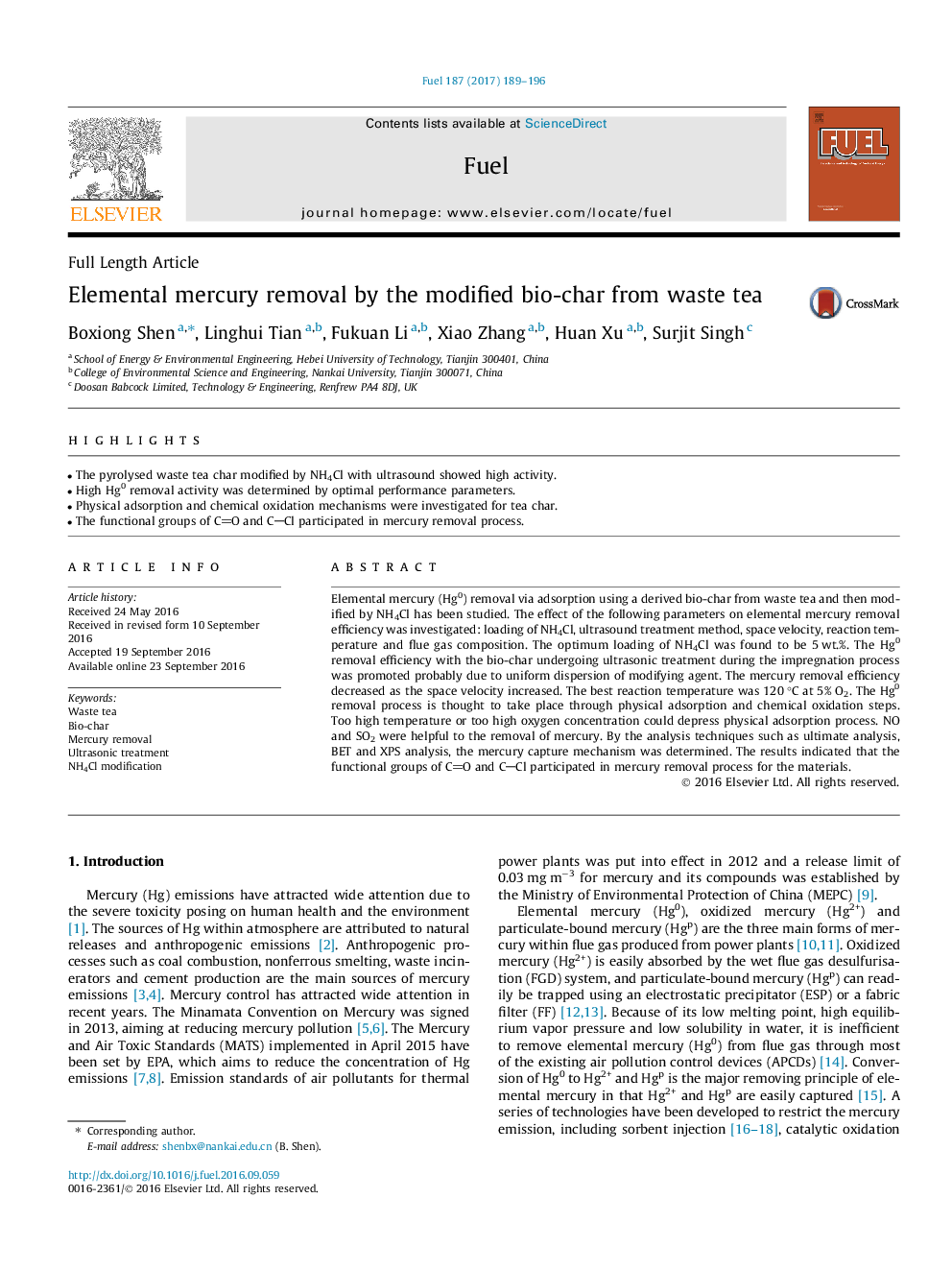 Elemental mercury (Hg0) removal via adsorption using a derived bio-char from waste tea and then modified by NH4Cl has been studied. The effect of the following parameters on elemental mercury removal efficiency was investigated: loading of NH4Cl, ultrasound treatment method, space velocity, reaction temperature and flue gas composition. The optimum loading of NH4Cl was found to be 5Â wt.%. The Hg0 removal efficiency with the bio-char undergoing ultrasonic treatment during the impregnation process was promoted probably due to uniform dispersion of modifying agent. The mercury removal efficiency decreased as the space velocity increased. The best reaction temperature was 120Â Â°C at 5% O2. The Hg0 removal process is thought to take place through physical adsorption and chemical oxidation steps. Too high temperature or too high oxygen concentration could depress physical adsorption process. NO and SO2 were helpful to the removal of mercury. By the analysis techniques such as ultimate analysis, BET and XPS analysis, the mercury capture mechanism was determined. The results indicated that the functional groups of CO and CCl participated in mercury removal process for the materials.