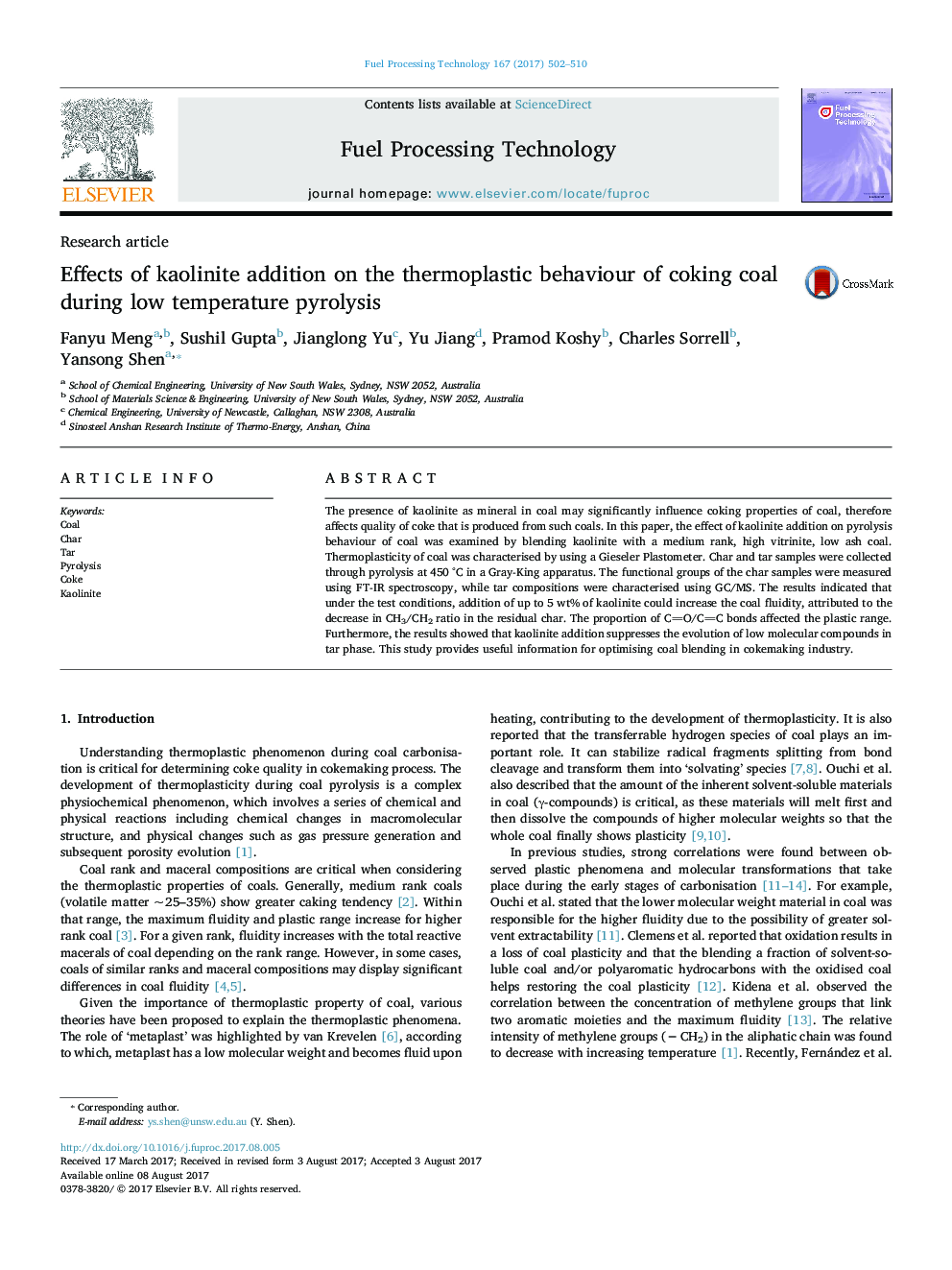 - The addition of kaolinite was shown to have influence on coal pyrolysis.
- Effect of kaolinite addition on transformation of coal molecular structure during pyrolysis was confirmed.
- The study confirms that the presence of kaolinite can have effect on the thermoplastic properties of coal.

The presence of kaolinite as mineral in coal may significantly influence coking properties of coal, therefore affects quality of coke that is produced from such coals. In this paper, the effect of kaolinite addition on pyrolysis behaviour of coal was examined by blending kaolinite with a medium rank, high vitrinite, low ash coal. Thermoplasticity of coal was characterised by using a Gieseler Plastometer. Char and tar samples were collected through pyrolysis at 450Â Â°C in a Gray-King apparatus. The functional groups of the char samples were measured using FT-IR spectroscopy, while tar compositions were characterised using GC/MS. The results indicated that under the test conditions, addition of up to 5Â wt% of kaolinite could increase the coal fluidity, attributed to the decrease in CH3/CH2 ratio in the residual char. The proportion of CO/CC bonds affected the plastic range. Furthermore, the results showed that kaolinite addition suppresses the evolution of low molecular compounds in tar phase. This study provides useful information for optimising coal blending in cokemaking industry.