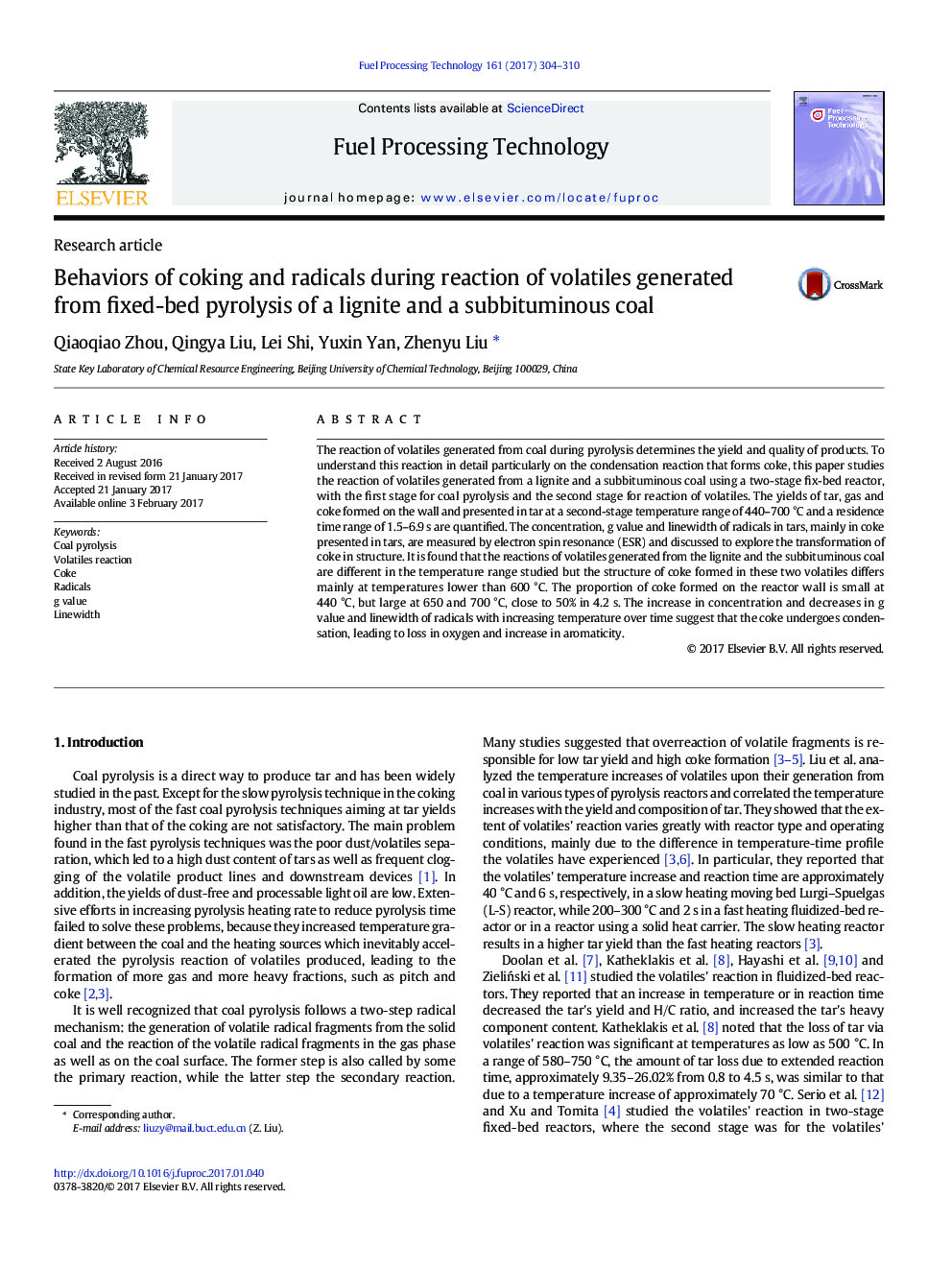 - Reaction of volatiles from pyrolysis of lignite and subbituminous coal forms coke.
- The volatile-formed coke of bituminous coal has more radicals than that of lignite.
- Coke formed on wall is low at 440Â Â°C but high at temperatures higher than 650Â Â°C.
- The g value and linewidth of radicals in coke decrease with increasing temperature.
- Decreases in g value and linewidth show coke condensation with losses in O and H.

The reaction of volatiles generated from coal during pyrolysis determines the yield and quality of products. To understand this reaction in detail particularly on the condensation reaction that forms coke, this paper studies the reaction of volatiles generated from a lignite and a subbituminous coal using a two-stage fix-bed reactor, with the first stage for coal pyrolysis and the second stage for reaction of volatiles. The yields of tar, gas and coke formed on the wall and presented in tar at a second-stage temperature range of 440-700Â Â°C and a residence time range of 1.5-6.9Â s are quantified. The concentration, g value and linewidth of radicals in tars, mainly in coke presented in tars, are measured by electron spin resonance (ESR) and discussed to explore the transformation of coke in structure. It is found that the reactions of volatiles generated from the lignite and the subbituminous coal are different in the temperature range studied but the structure of coke formed in these two volatiles differs mainly at temperatures lower than 600Â Â°C. The proportion of coke formed on the reactor wall is small at 440Â Â°C, but large at 650 and 700Â Â°C, close to 50% in 4.2Â s. The increase in concentration and decreases in g value and linewidth of radicals with increasing temperature over time suggest that the coke undergoes condensation, leading to loss in oxygen and increase in aromaticity.