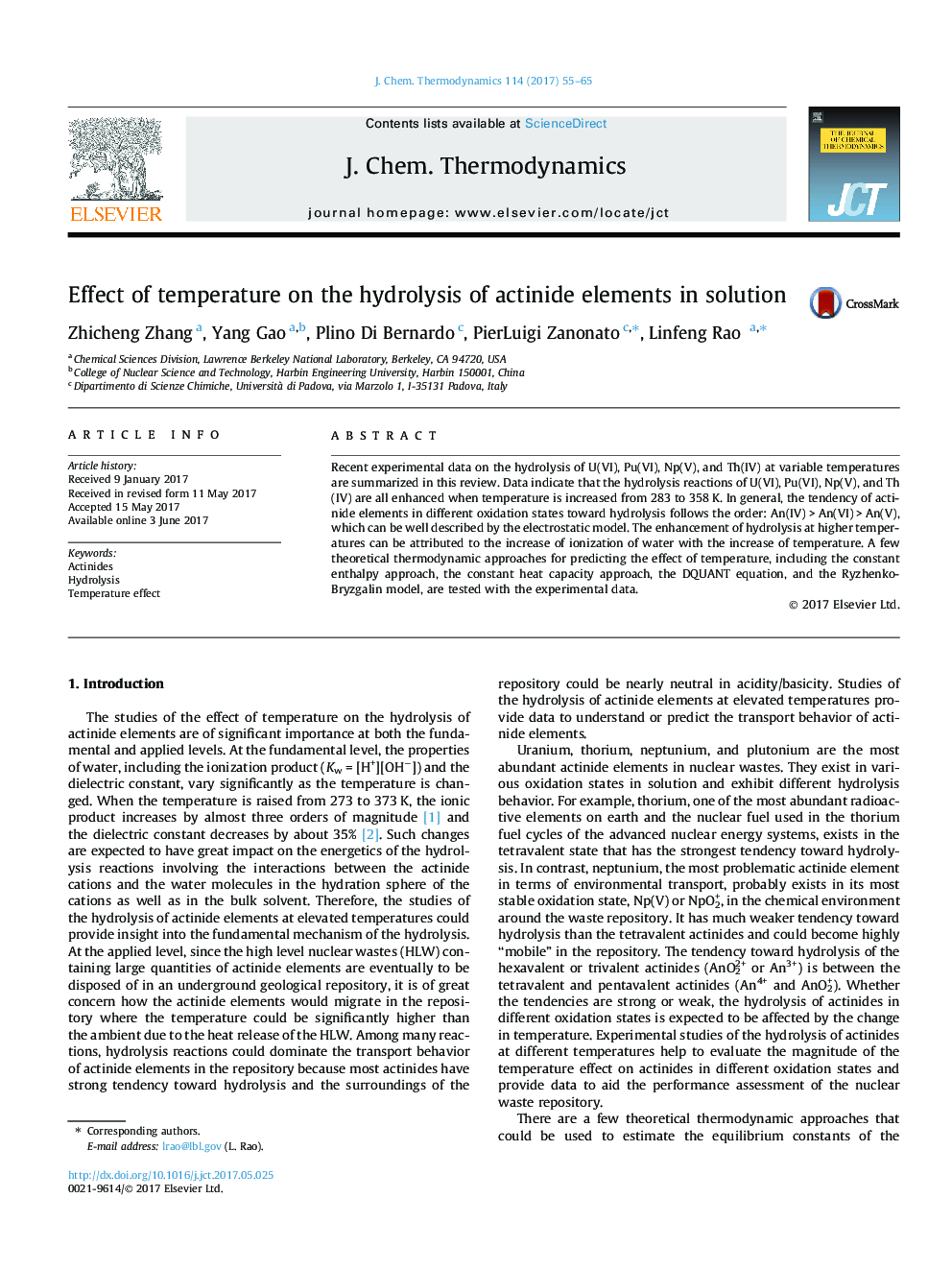 Recent experimental data on the hydrolysis of U(VI), Pu(VI), Np(V), and Th(IV) at variable temperatures are summarized in this review. Data indicate that the hydrolysis reactions of U(VI), Pu(VI), Np(V), and Th(IV) are all enhanced when temperature is increased from 283 to 358Â K. In general, the tendency of actinide elements in different oxidation states toward hydrolysis follows the order: An(IV)Â >Â An(VI)Â >Â An(V), which can be well described by the electrostatic model. The enhancement of hydrolysis at higher temperatures can be attributed to the increase of ionization of water with the increase of temperature. A few theoretical thermodynamic approaches for predicting the effect of temperature, including the constant enthalpy approach, the constant heat capacity approach, the DQUANT equation, and the Ryzhenko-Bryzgalin model, are tested with the experimental data.