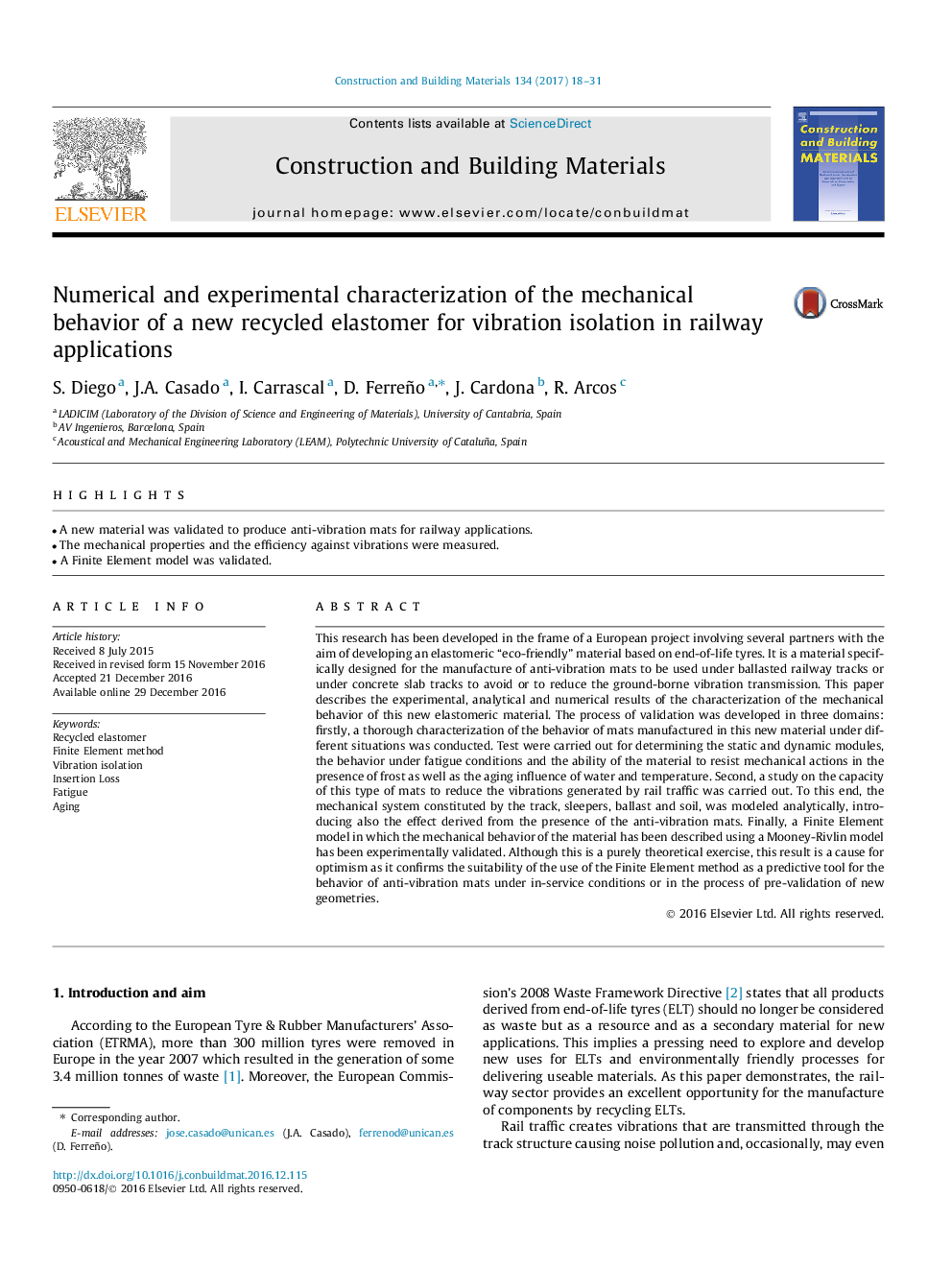 - A new material was validated to produce anti-vibration mats for railway applications.
- The mechanical properties and the efficiency against vibrations were measured.
- A Finite Element model was validated.

This research has been developed in the frame of a European project involving several partners with the aim of developing an elastomeric “eco-friendly” material based on end-of-life tyres. It is a material specifically designed for the manufacture of anti-vibration mats to be used under ballasted railway tracks or under concrete slab tracks to avoid or to reduce the ground-borne vibration transmission. This paper describes the experimental, analytical and numerical results of the characterization of the mechanical behavior of this new elastomeric material. The process of validation was developed in three domains: firstly, a thorough characterization of the behavior of mats manufactured in this new material under different situations was conducted. Test were carried out for determining the static and dynamic modules, the behavior under fatigue conditions and the ability of the material to resist mechanical actions in the presence of frost as well as the aging influence of water and temperature. Second, a study on the capacity of this type of mats to reduce the vibrations generated by rail traffic was carried out. To this end, the mechanical system constituted by the track, sleepers, ballast and soil, was modeled analytically, introducing also the effect derived from the presence of the anti-vibration mats. Finally, a Finite Element model in which the mechanical behavior of the material has been described using a Mooney-Rivlin model has been experimentally validated. Although this is a purely theoretical exercise, this result is a cause for optimism as it confirms the suitability of the use of the Finite Element method as a predictive tool for the behavior of anti-vibration mats under in-service conditions or in the process of pre-validation of new geometries.