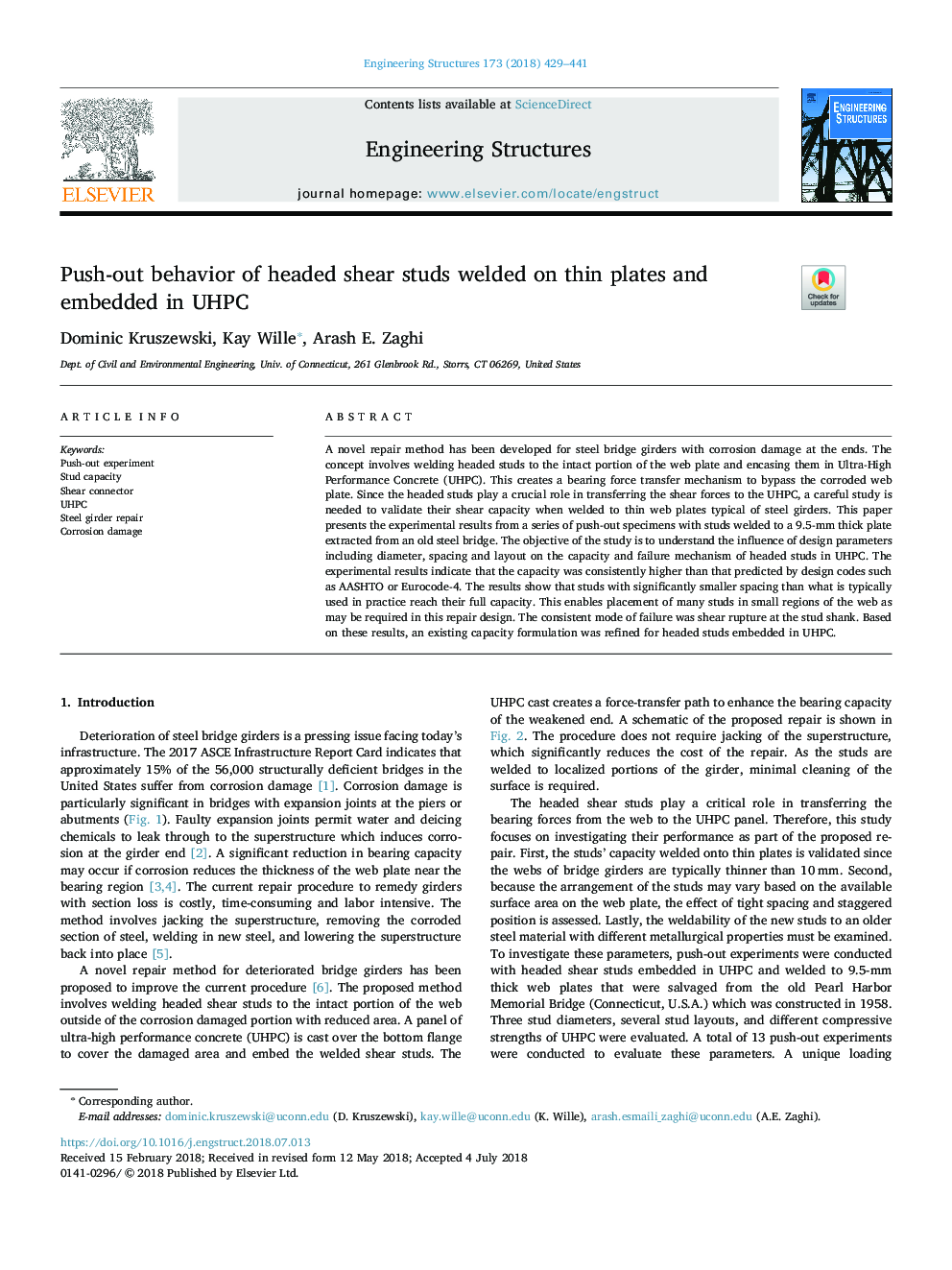 چکیده انگلیسی
A novel repair method has been developed for steel bridge girders with corrosion damage at the ends. The concept involves welding headed studs to the intact portion of the web plate and encasing them in Ultra-High Performance Concrete (UHPC). This creates a bearing force transfer mechanism to bypass the corroded web plate. Since the headed studs play a crucial role in transferring the shear forces to the UHPC, a careful study is needed to validate their shear capacity when welded to thin web plates typical of steel girders. This paper presents the experimental results from a series of push-out specimens with studs welded to a 9.5-mm thick plate extracted from an old steel bridge. The objective of the study is to understand the influence of design parameters including diameter, spacing and layout on the capacity and failure mechanism of headed studs in UHPC. The experimental results indicate that the capacity was consistently higher than that predicted by design codes such as AASHTO or Eurocode-4. The results show that studs with significantly smaller spacing than what is typically used in practice reach their full capacity. This enables placement of many studs in small regions of the web as may be required in this repair design. The consistent mode of failure was shear rupture at the stud shank. Based on these results, an existing capacity formulation was refined for headed studs embedded in UHPC.
ناشر
Database: Elsevier - ScienceDirect (ساینس دایرکت)
Journal: Engineering Structures - Volume 173, 15 October 2018, Pages 429-441
نویسندگان
Dominic Kruszewski, Kay Wille, Arash E. Zaghi,
دانلود مقاله + سفارش ترجمه
دانلود مقاله ISI انگلیسی
رایگان برای ایرانیان
سفارش ترجمه تخصصی
با تضمین قیمت و کیفیت
منتشر شده در