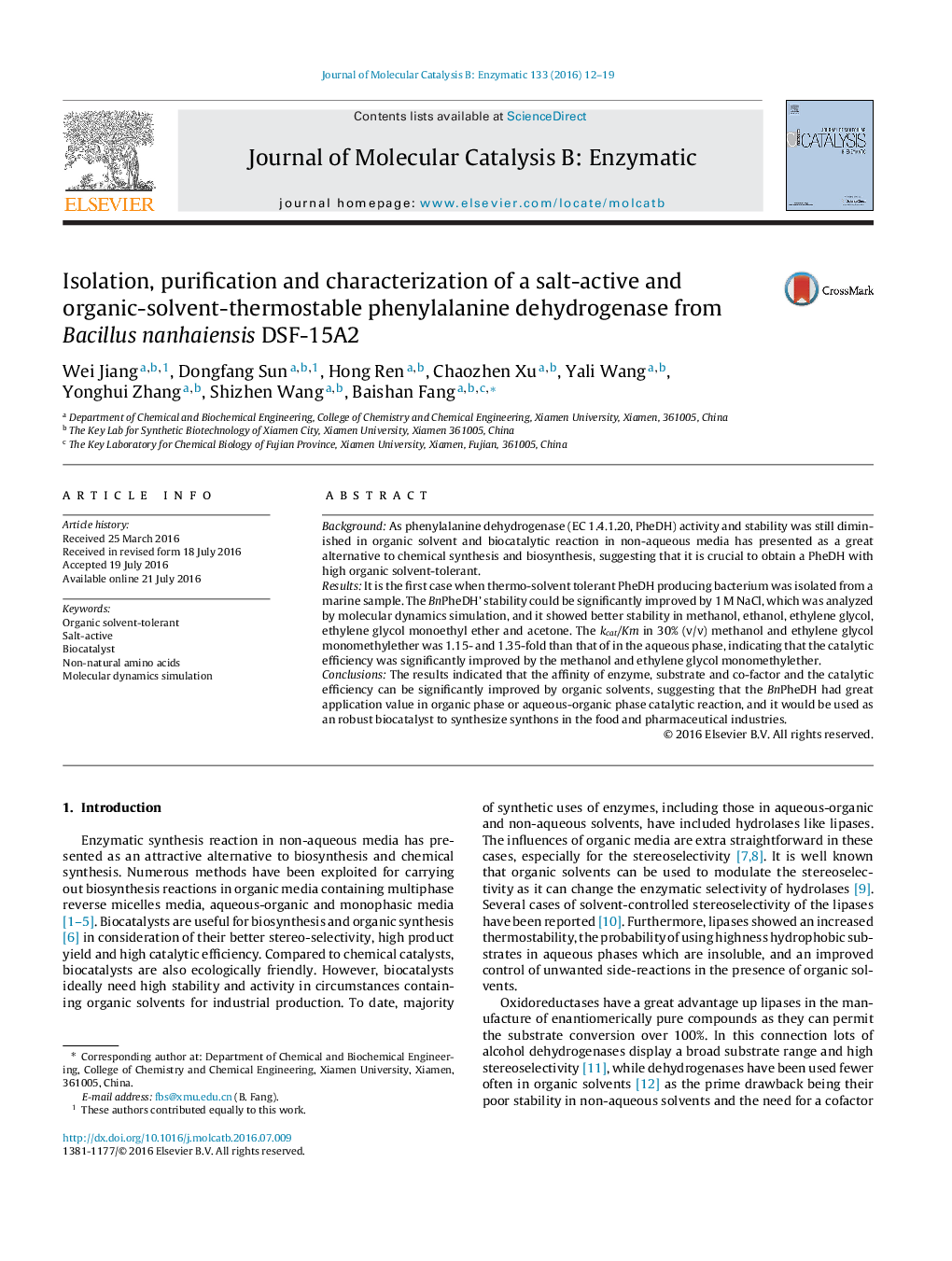 BackgroundAs phenylalanine dehydrogenase (EC 1.4.1.20, PheDH) activity and stability was still diminished in organic solvent and biocatalytic reaction in non-aqueous media has presented as a great alternative to chemical synthesis and biosynthesis, suggesting that it is crucial to obtain a PheDH with high organic solvent-tolerant.ResultsIt is the first case when thermo-solvent tolerant PheDH producing bacterium was isolated from a marine sample. The BnPheDH’ stability could be significantly improved by 1 M NaCl, which was analyzed by molecular dynamics simulation, and it showed better stability in methanol, ethanol, ethylene glycol, ethylene glycol monoethyl ether and acetone. The kcat/Km in 30% (v/v) methanol and ethylene glycol monomethylether was 1.15- and 1.35-fold than that of in the aqueous phase, indicating that the catalytic efficiency was significantly improved by the methanol and ethylene glycol monomethylether.ConclusionsThe results indicated that the affinity of enzyme, substrate and co-factor and the catalytic efficiency can be significantly improved by organic solvents, suggesting that the BnPheDH had great application value in organic phase or aqueous-organic phase catalytic reaction, and it would be used as an robust biocatalyst to synthesize synthons in the food and pharmaceutical industries.