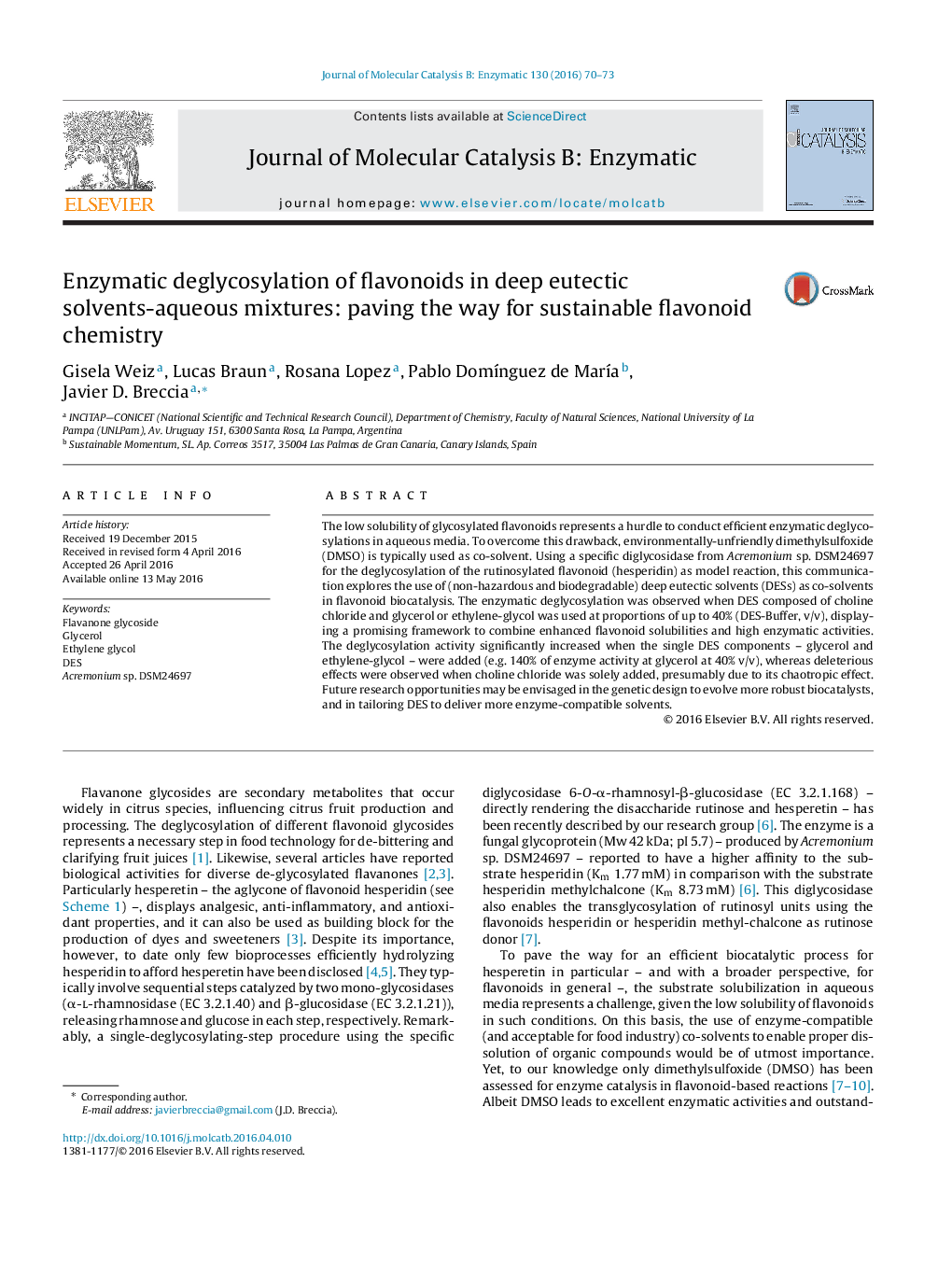 The low solubility of glycosylated flavonoids represents a hurdle to conduct efficient enzymatic deglycosylations in aqueous media. To overcome this drawback, environmentally-unfriendly dimethylsulfoxide (DMSO) is typically used as co-solvent. Using a specific diglycosidase from Acremonium sp. DSM24697 for the deglycosylation of the rutinosylated flavonoid (hesperidin) as model reaction, this communication explores the use of (non-hazardous and biodegradable) deep eutectic solvents (DESs) as co-solvents in flavonoid biocatalysis. The enzymatic deglycosylation was observed when DES composed of choline chloride and glycerol or ethylene-glycol was used at proportions of up to 40% (DES-Buffer, v/v), displaying a promising framework to combine enhanced flavonoid solubilities and high enzymatic activities. The deglycosylation activity significantly increased when the single DES components – glycerol and ethylene-glycol – were added (e.g. 140% of enzyme activity at glycerol at 40% v/v), whereas deleterious effects were observed when choline chloride was solely added, presumably due to its chaotropic effect. Future research opportunities may be envisaged in the genetic design to evolve more robust biocatalysts, and in tailoring DES to deliver more enzyme-compatible solvents.