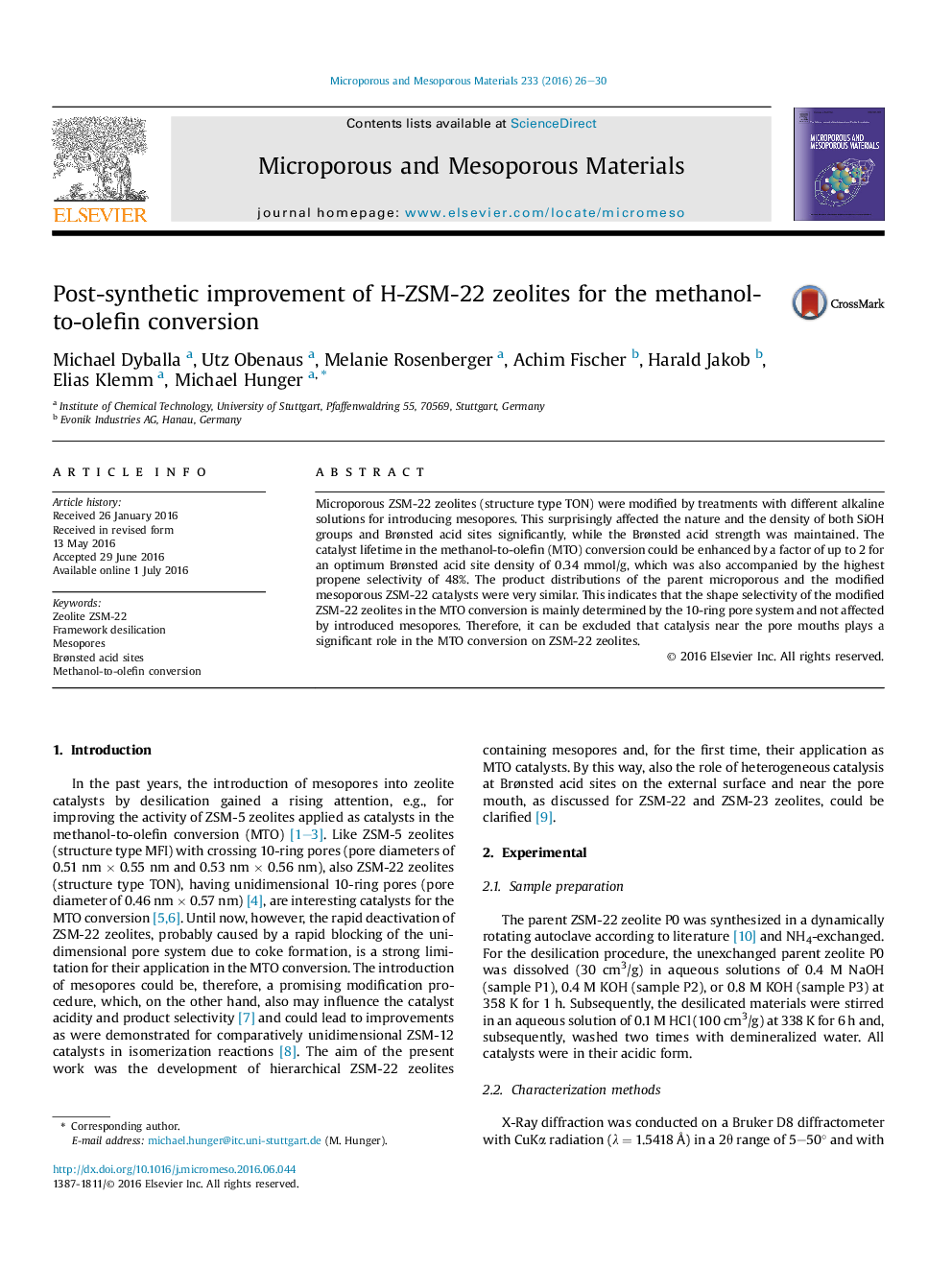 Microporous ZSM-22 zeolites (structure type TON) were modified by treatments with different alkaline solutions for introducing mesopores. This surprisingly affected the nature and the density of both SiOH groups and Brønsted acid sites significantly, while the Brønsted acid strength was maintained. The catalyst lifetime in the methanol-to-olefin (MTO) conversion could be enhanced by a factor of up to 2 for an optimum Brønsted acid site density of 0.34 mmol/g, which was also accompanied by the highest propene selectivity of 48%. The product distributions of the parent microporous and the modified mesoporous ZSM-22 catalysts were very similar. This indicates that the shape selectivity of the modified ZSM-22 zeolites in the MTO conversion is mainly determined by the 10-ring pore system and not affected by introduced mesopores. Therefore, it can be excluded that catalysis near the pore mouths plays a significant role in the MTO conversion on ZSM-22 zeolites.