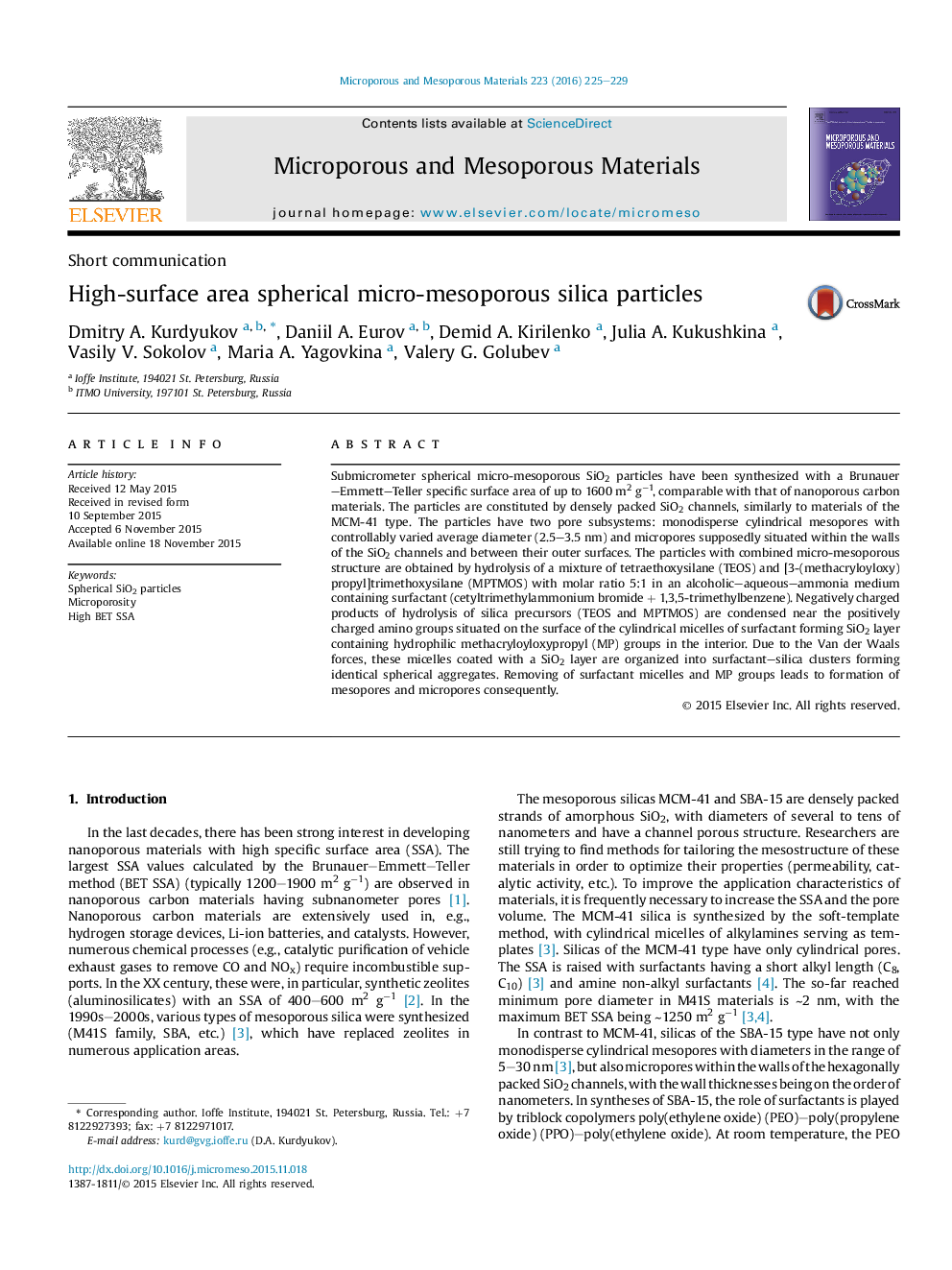 Submicrometer spherical micro-mesoporous SiO2 particles have been synthesized with a Brunauer–Emmett–Teller specific surface area of up to 1600 m2 g−1, comparable with that of nanoporous carbon materials. The particles are constituted by densely packed SiO2 channels, similarly to materials of the MCM-41 type. The particles have two pore subsystems: monodisperse cylindrical mesopores with controllably varied average diameter (2.5–3.5 nm) and micropores supposedly situated within the walls of the SiO2 channels and between their outer surfaces. The particles with combined micro-mesoporous structure are obtained by hydrolysis of a mixture of tetraethoxysilane (TEOS) and [3-(methacryloyloxy)propyl]trimethoxysilane (MPTMOS) with molar ratio 5:1 in an alcoholic–aqueous–ammonia medium containing surfactant (cetyltrimethylammonium bromide + 1,3,5-trimethylbenzene). Negatively charged products of hydrolysis of silica precursors (TEOS and MPTMOS) are condensed near the positively charged amino groups situated on the surface of the cylindrical micelles of surfactant forming SiO2 layer containing hydrophilic methacryloyloxypropyl (MP) groups in the interior. Due to the Van der Waals forces, these micelles coated with a SiO2 layer are organized into surfactant–silica clusters forming identical spherical aggregates. Removing of surfactant micelles and MP groups leads to formation of mesopores and micropores consequently.