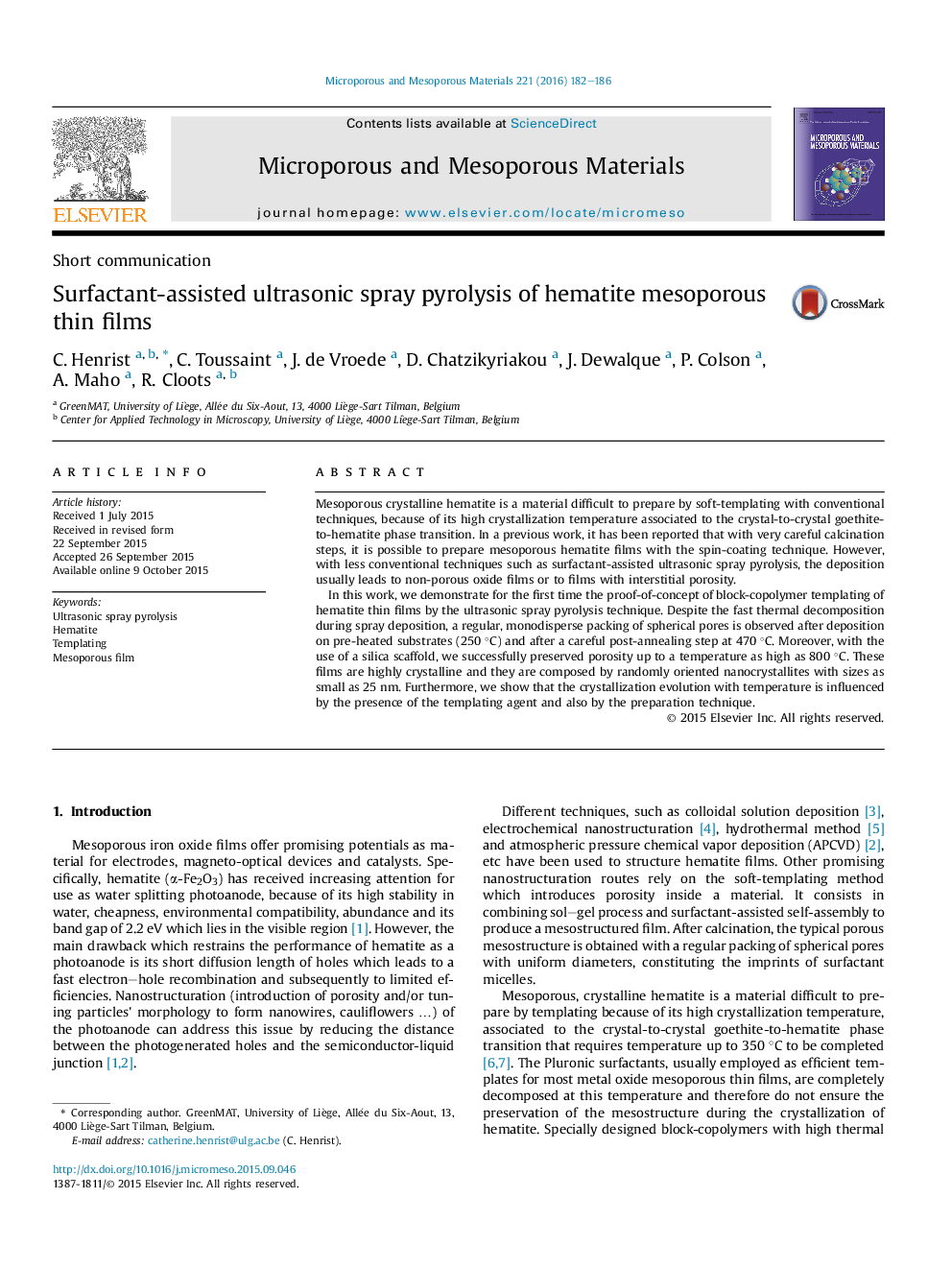 • Ultrasonic Spray Pyrolysis was used to deposit mesoporous hematite.
• Templating by block-copolymer is compatible with USP thin film deposition.
• Mesoporosity in hematite thin films can be preserved up to 800 °C.

Mesoporous crystalline hematite is a material difficult to prepare by soft-templating with conventional techniques, because of its high crystallization temperature associated to the crystal-to-crystal goethite-to-hematite phase transition. In a previous work, it has been reported that with very careful calcination steps, it is possible to prepare mesoporous hematite films with the spin-coating technique. However, with less conventional techniques such as surfactant-assisted ultrasonic spray pyrolysis, the deposition usually leads to non-porous oxide films or to films with interstitial porosity.In this work, we demonstrate for the first time the proof-of-concept of block-copolymer templating of hematite thin films by the ultrasonic spray pyrolysis technique. Despite the fast thermal decomposition during spray deposition, a regular, monodisperse packing of spherical pores is observed after deposition on pre-heated substrates (250 °C) and after a careful post-annealing step at 470 °C. Moreover, with the use of a silica scaffold, we successfully preserved porosity up to a temperature as high as 800 °C. These films are highly crystalline and they are composed by randomly oriented nanocrystallites with sizes as small as 25 nm. Furthermore, we show that the crystallization evolution with temperature is influenced by the presence of the templating agent and also by the preparation technique.