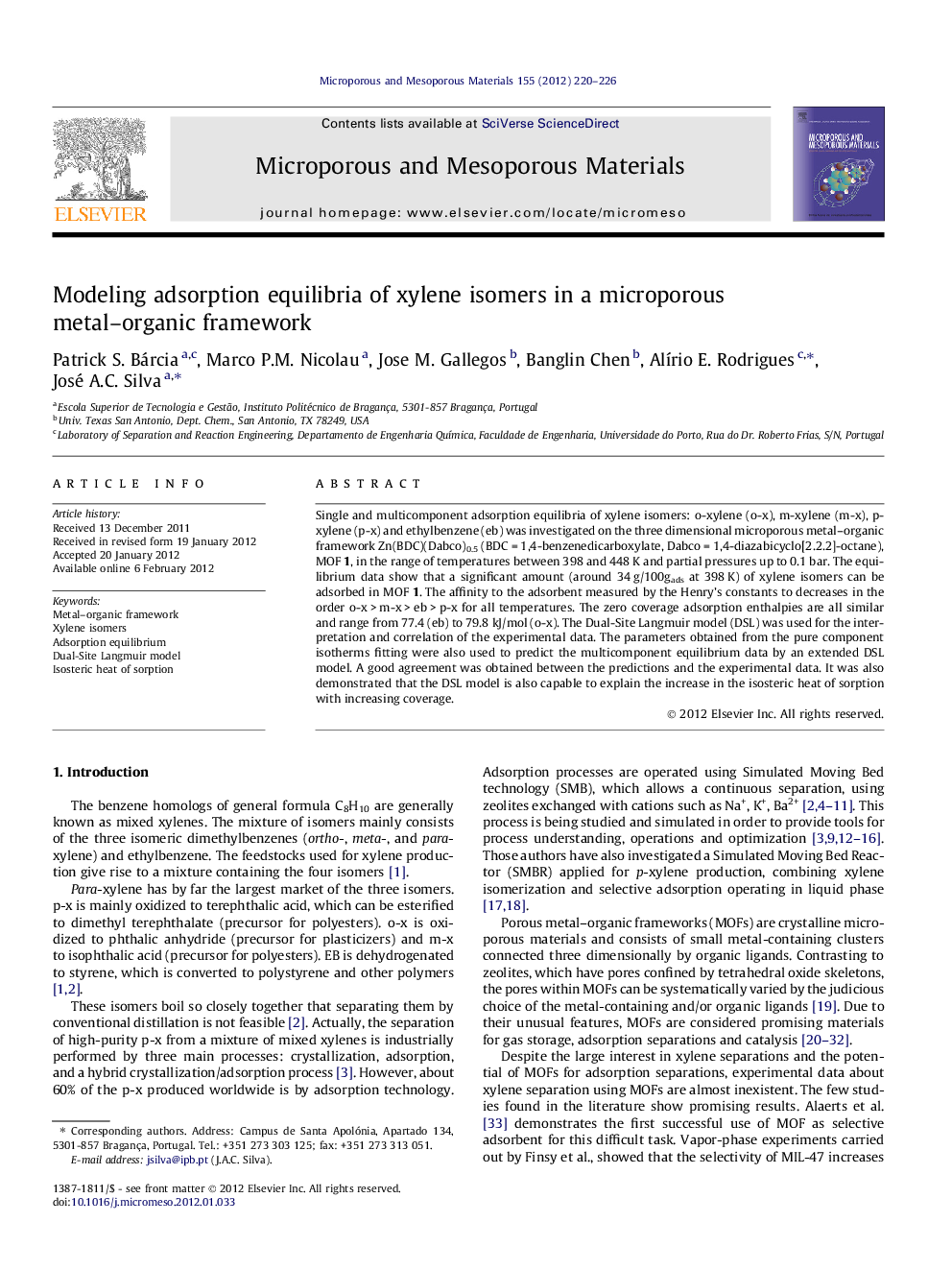 Single and multicomponent adsorption equilibria of xylene isomers: o-xylene (o-x), m-xylene (m-x), p-xylene (p-x) and ethylbenzene (eb) was investigated on the three dimensional microporous metal–organic framework Zn(BDC)(Dabco)0.5 (BDC = 1,4-benzenedicarboxylate, Dabco = 1,4-diazabicyclo[2.2.2]-octane), MOF 1, in the range of temperatures between 398 and 448 K and partial pressures up to 0.1 bar. The equilibrium data show that a significant amount (around 34 g/100gads at 398 K) of xylene isomers can be adsorbed in MOF 1. The affinity to the adsorbent measured by the Henry’s constants to decreases in the order o-x > m-x > eb > p-x for all temperatures. The zero coverage adsorption enthalpies are all similar and range from 77.4 (eb) to 79.8 kJ/mol (o-x). The Dual-Site Langmuir model (DSL) was used for the interpretation and correlation of the experimental data. The parameters obtained from the pure component isotherms fitting were also used to predict the multicomponent equilibrium data by an extended DSL model. A good agreement was obtained between the predictions and the experimental data. It was also demonstrated that the DSL model is also capable to explain the increase in the isosteric heat of sorption with increasing coverage.