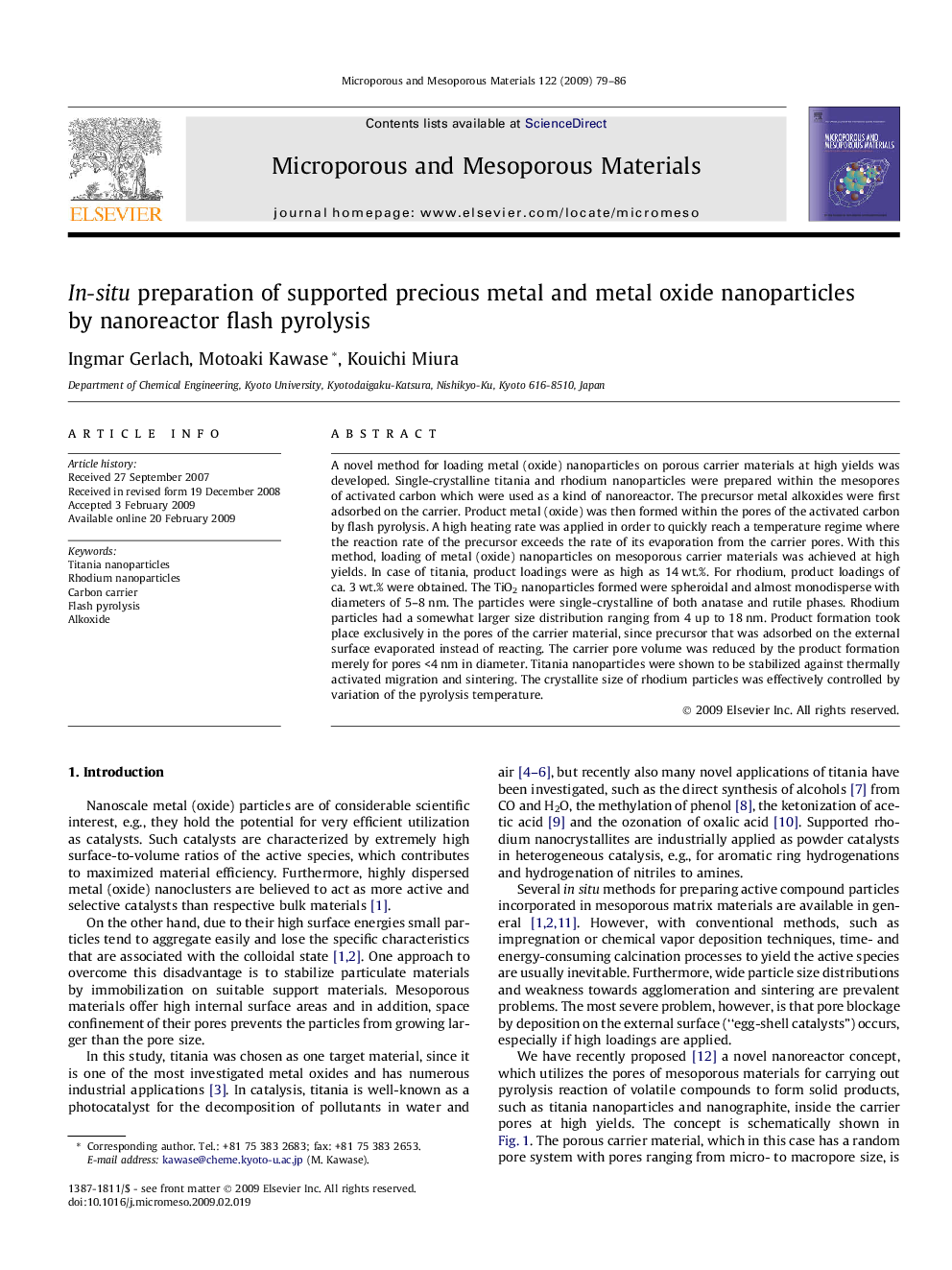 A novel method for loading metal (oxide) nanoparticles on porous carrier materials at high yields was developed. Single-crystalline titania and rhodium nanoparticles were prepared within the mesopores of activated carbon which were used as a kind of nanoreactor. The precursor metal alkoxides were first adsorbed on the carrier. Product metal (oxide) was then formed within the pores of the activated carbon by flash pyrolysis. A high heating rate was applied in order to quickly reach a temperature regime where the reaction rate of the precursor exceeds the rate of its evaporation from the carrier pores. With this method, loading of metal (oxide) nanoparticles on mesoporous carrier materials was achieved at high yields. In case of titania, product loadings were as high as 14 wt.%. For rhodium, product loadings of ca. 3 wt.% were obtained. The TiO2 nanoparticles formed were spheroidal and almost monodisperse with diameters of 5–8 nm. The particles were single-crystalline of both anatase and rutile phases. Rhodium particles had a somewhat larger size distribution ranging from 4 up to 18 nm. Product formation took place exclusively in the pores of the carrier material, since precursor that was adsorbed on the external surface evaporated instead of reacting. The carrier pore volume was reduced by the product formation merely for pores <4 nm in diameter. Titania nanoparticles were shown to be stabilized against thermally activated migration and sintering. The crystallite size of rhodium particles was effectively controlled by variation of the pyrolysis temperature.