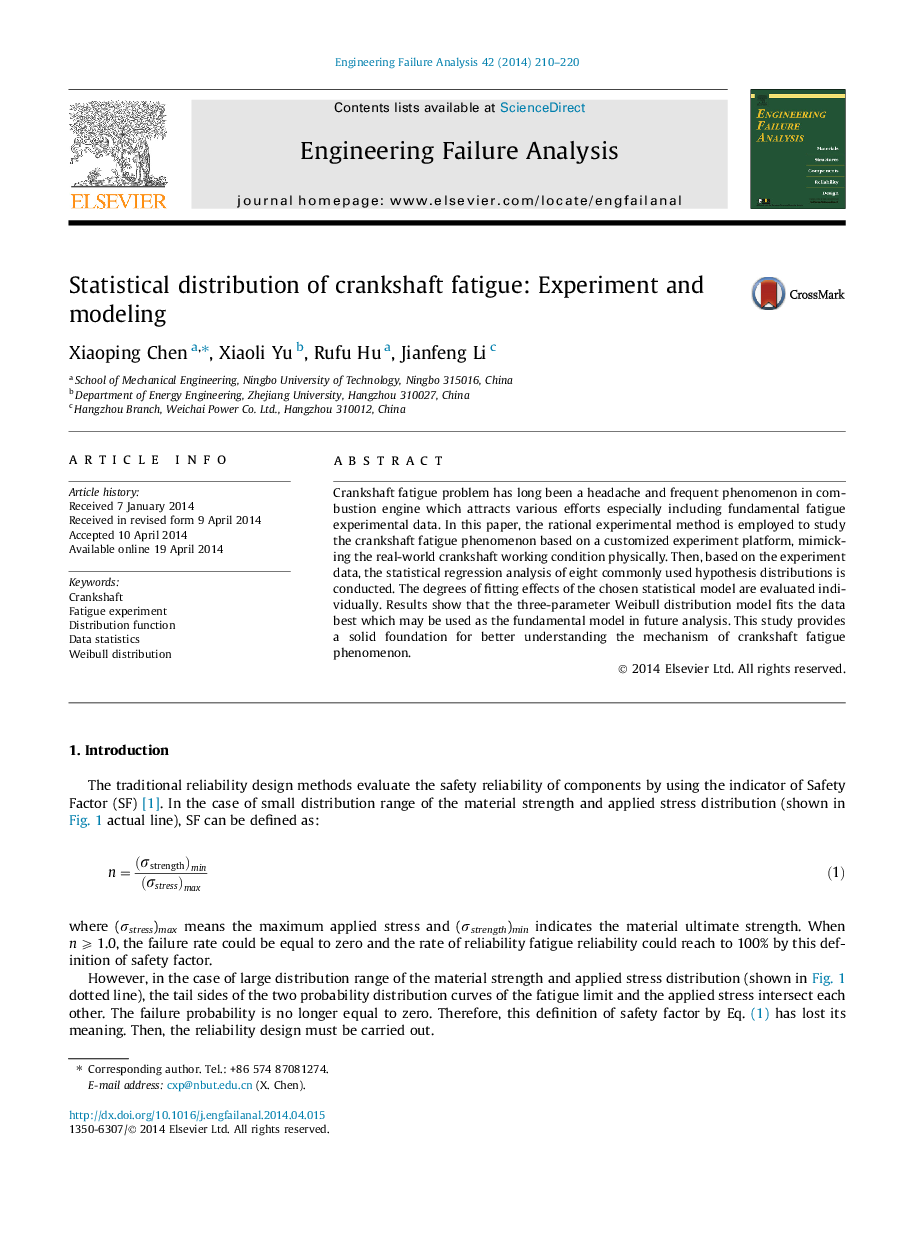 • A rational experiment method for crankshaft test and the corresponding device are developed.
• The suitability of eight commonly used hypothesis distributions are investigated.
• It is confirmed that the three-parameter Weibull distribution fits best for the crankshaft test data.
• Results can shed some light on the study of crankshaft fatigue problem.

Crankshaft fatigue problem has long been a headache and frequent phenomenon in combustion engine which attracts various efforts especially including fundamental fatigue experimental data. In this paper, the rational experimental method is employed to study the crankshaft fatigue phenomenon based on a customized experiment platform, mimicking the real-world crankshaft working condition physically. Then, based on the experiment data, the statistical regression analysis of eight commonly used hypothesis distributions is conducted. The degrees of fitting effects of the chosen statistical model are evaluated individually. Results show that the three-parameter Weibull distribution model fits the data best which may be used as the fundamental model in future analysis. This study provides a solid foundation for better understanding the mechanism of crankshaft fatigue phenomenon.