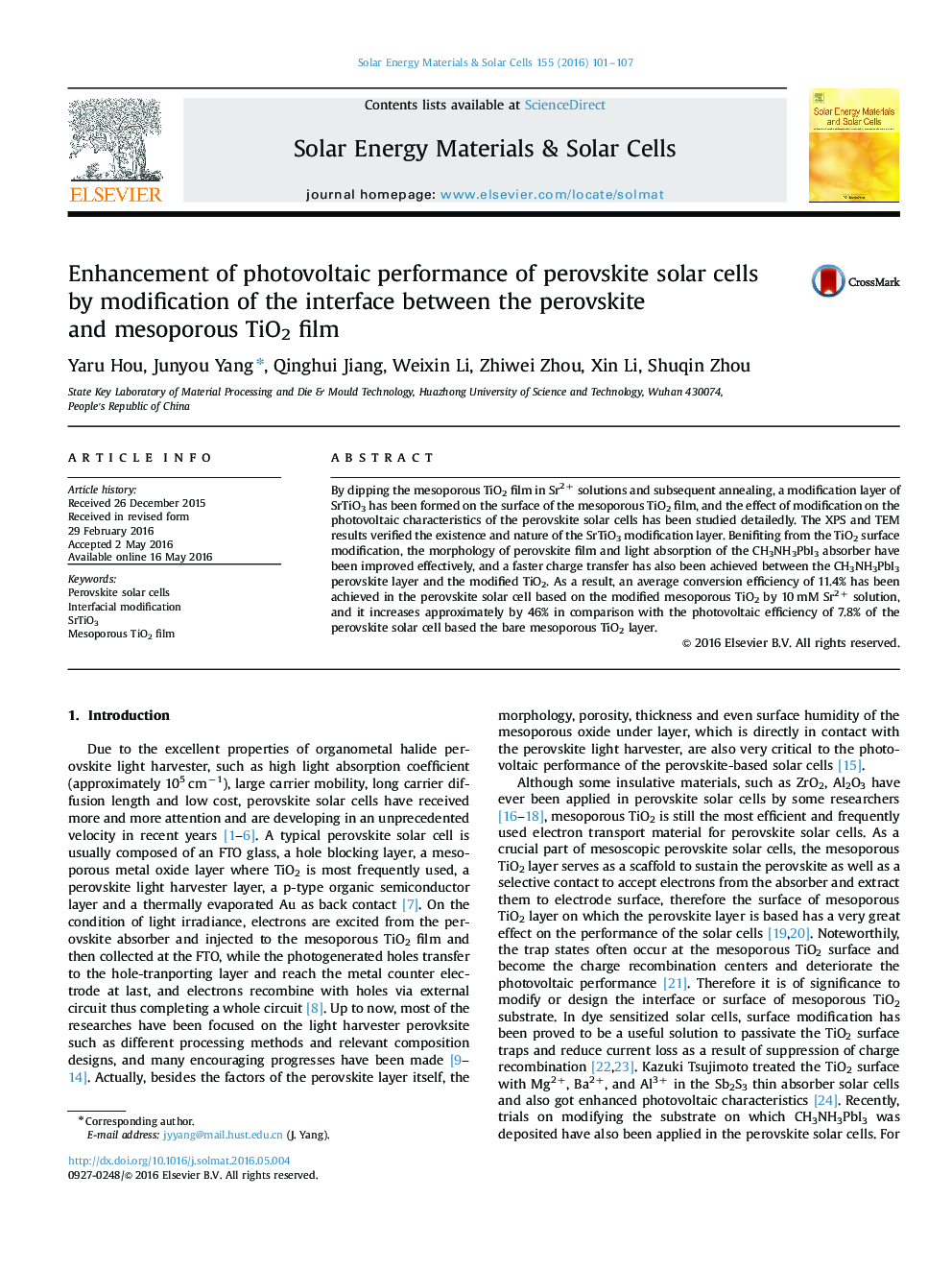 • A modification layer of SrTiO3 is introduced between CH3NH3PbI3 and TiO2.
• Better and larger crystalline growth of perovskite is achieved.
• Charge transfer is promoted from the CH3NH3PbI3 to the modified TiO2.
• The perovskite solar cell efficiency has a significant improvement of 46%.