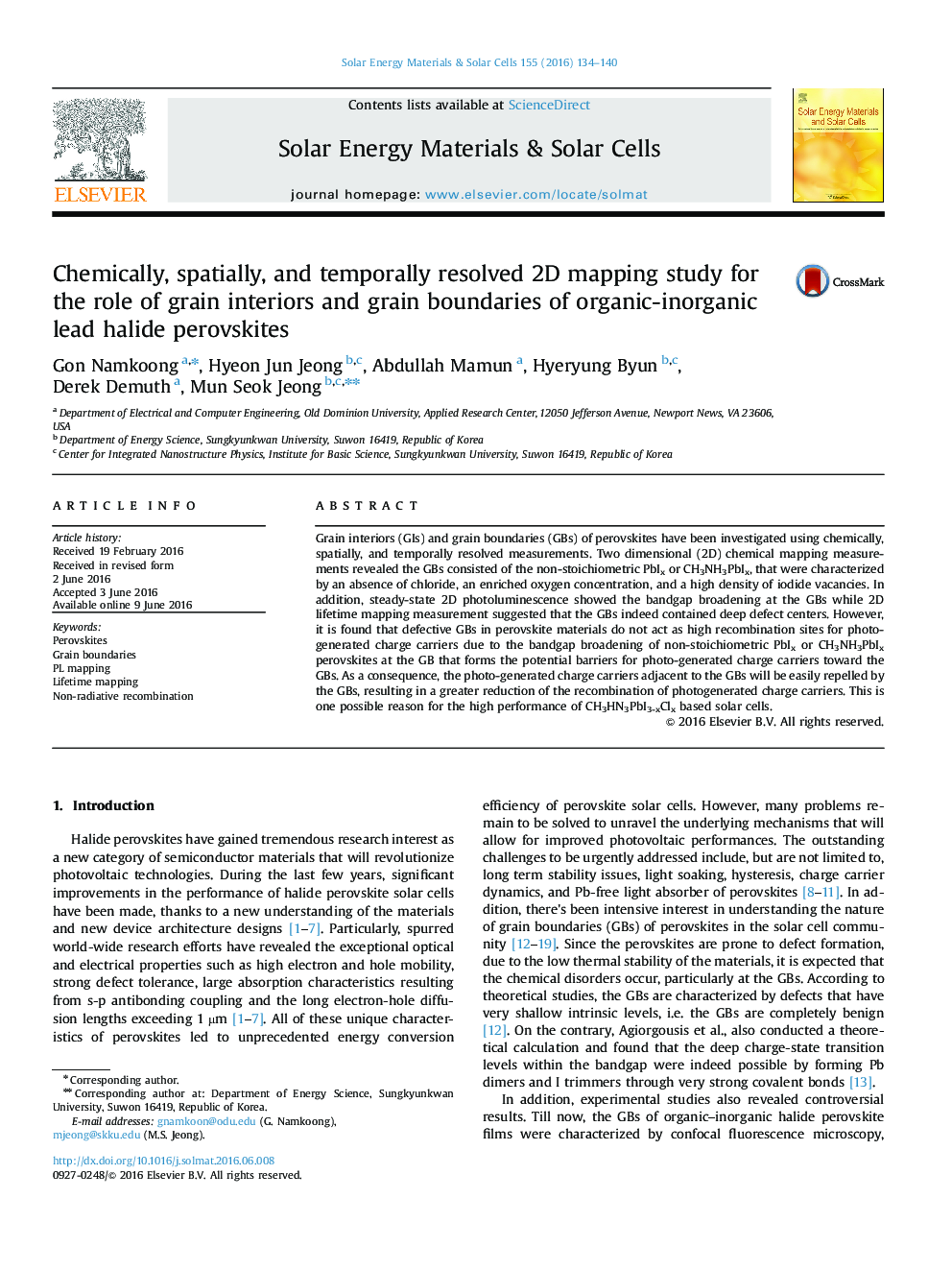 • Grain interiors and grain boundaries of perovskites have been investigated.
• Bandgap broadening at the GBs was formed due to PbIx or CH3NH3PbIx.
• GBs were characterized by no chloride, enriched oxygen, and iodide vacancies.

Grain interiors (GIs) and grain boundaries (GBs) of perovskites have been investigated using chemically, spatially, and temporally resolved measurements. Two dimensional (2D) chemical mapping measurements revealed the GBs consisted of the non-stoichiometric PbIx or CH3NH3PbIx, that were characterized by an absence of chloride, an enriched oxygen concentration, and a high density of iodide vacancies. In addition, steady-state 2D photoluminescence showed the bandgap broadening at the GBs while 2D lifetime mapping measurement suggested that the GBs indeed contained deep defect centers. However, it is found that defective GBs in perovskite materials do not act as high recombination sites for photogenerated charge carriers due to the bandgap broadening of non-stoichiometric PbIx or CH3NH3PbIx perovskites at the GB that forms the potential barriers for photo-generated charge carriers toward the GBs. As a consequence, the photo-generated charge carriers adjacent to the GBs will be easily repelled by the GBs, resulting in a greater reduction of the recombination of photogenerated charge carriers. This is one possible reason for the high performance of CH3HN3PbI3-xClx based solar cells.