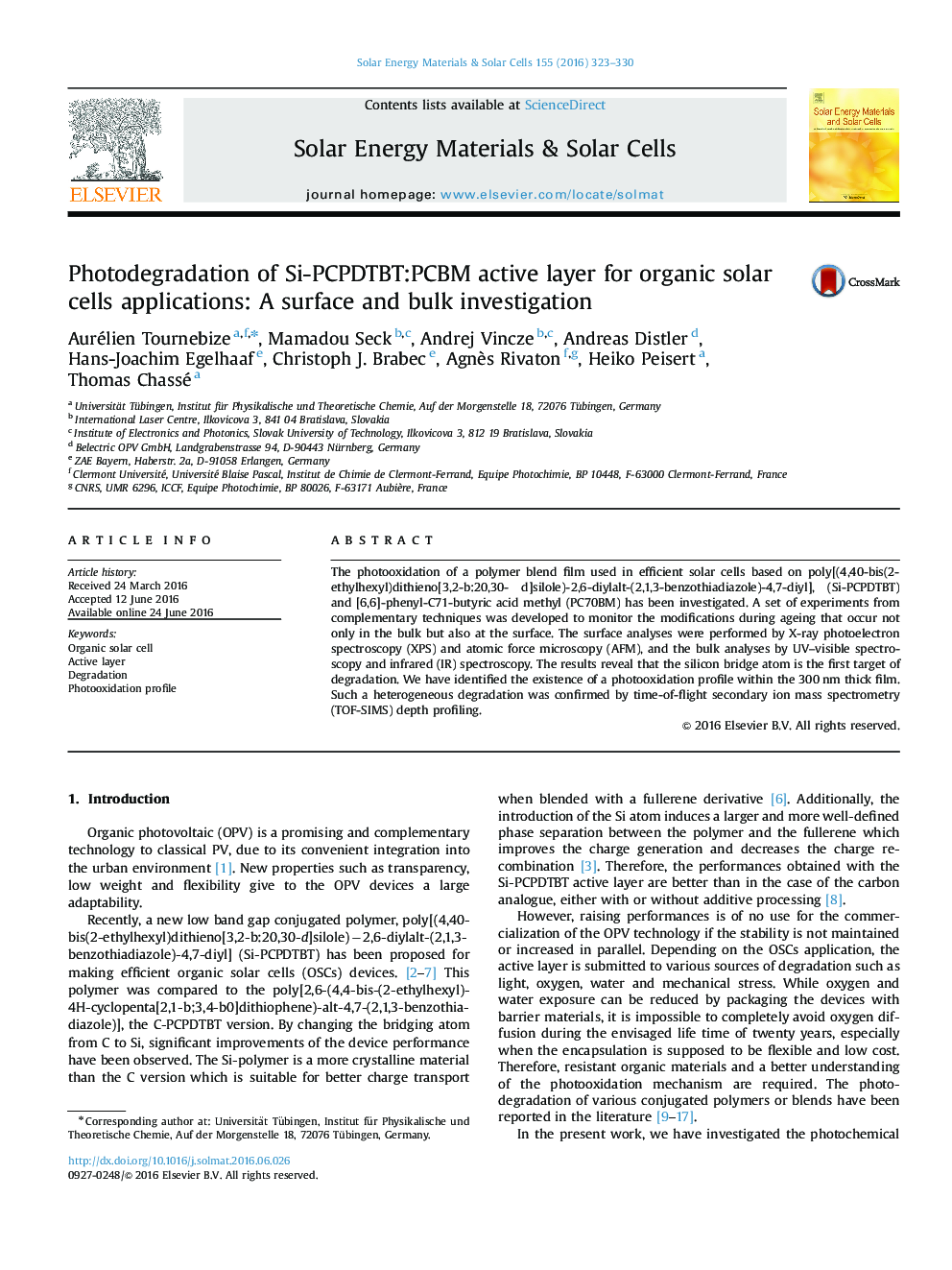 • Study of surface and bulk degradation thanks to complementary technics.
• Evidence of a profile of photodegradation.
• Si-bridged atom of the polymer identified as weak point in terms of stability.

The photooxidation of a polymer blend film used in efficient solar cells based on poly[(4,40-bis(2-ethylhexyl)dithieno[3,2-b:20,30- d]silole)-2,6-diylalt-(2,1,3-benzothiadiazole)-4,7-diyl], (Si-PCPDTBT) and [6,6]-phenyl-C71-butyric acid methyl (PC70BM) has been investigated. A set of experiments from complementary techniques was developed to monitor the modifications during ageing that occur not only in the bulk but also at the surface. The surface analyses were performed by X-ray photoelectron spectroscopy (XPS) and atomic force microscopy (AFM), and the bulk analyses by UV–visible spectroscopy and infrared (IR) spectroscopy. The results reveal that the silicon bridge atom is the first target of degradation. We have identified the existence of a photooxidation profile within the 300 nm thick film. Such a heterogeneous degradation was confirmed by time-of-flight secondary ion mass spectrometry (TOF-SIMS) depth profiling.