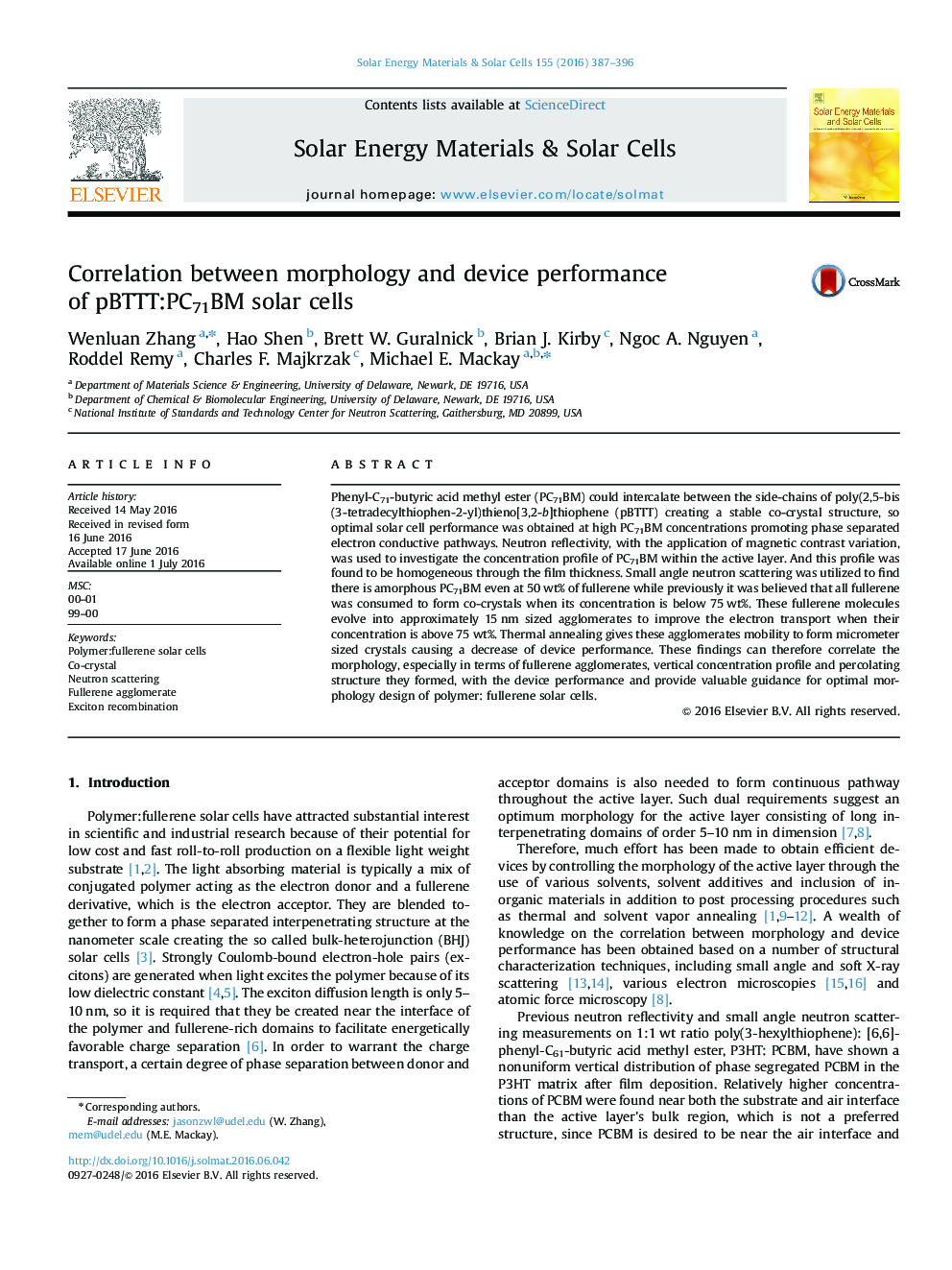 Phenyl-C71-butyric acid methyl ester (PC71BM) could intercalate between the side-chains of poly(2,5-bis(3-tetradecylthiophen-2-yl)thieno[3,2-b]thiophene (pBTTT) creating a stable co-crystal structure, so optimal solar cell performance was obtained at high PC71BM concentrations promoting phase separated electron conductive pathways. Neutron reflectivity, with the application of magnetic contrast variation, was used to investigate the concentration profile of PC71BM within the active layer. And this profile was found to be homogeneous through the film thickness. Small angle neutron scattering was utilized to find there is amorphous PC71BM even at 50 wt% of fullerene while previously it was believed that all fullerene was consumed to form co-crystals when its concentration is below 75 wt%. These fullerene molecules evolve into approximately 15 nm sized agglomerates to improve the electron transport when their concentration is above 75 wt%. Thermal annealing gives these agglomerates mobility to form micrometer sized crystals causing a decrease of device performance. These findings can therefore correlate the morphology, especially in terms of fullerene agglomerates, vertical concentration profile and percolating structure they formed, with the device performance and provide valuable guidance for optimal morphology design of polymer: fullerene solar cells.