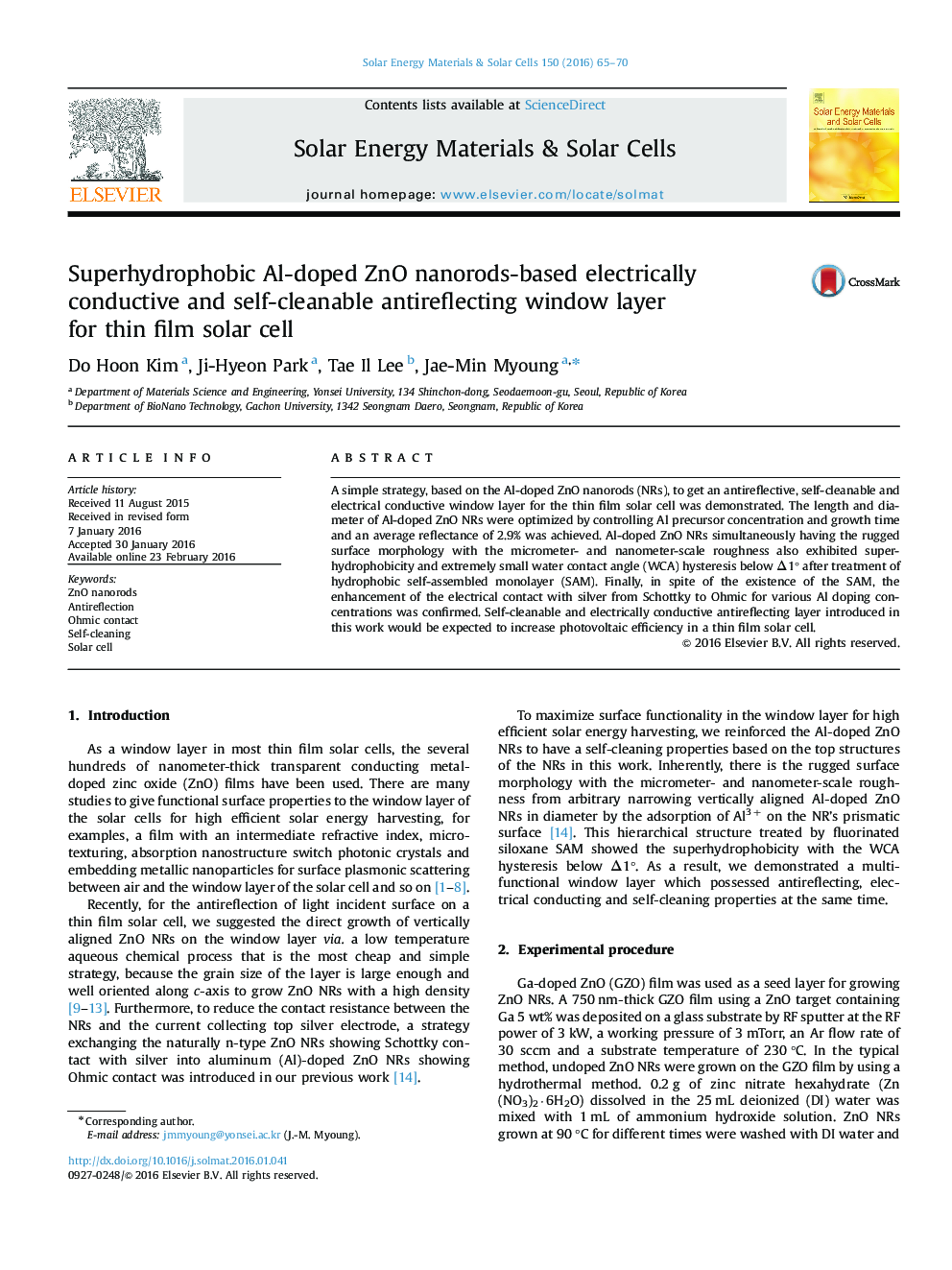 A simple strategy, based on the Al-doped ZnO nanorods (NRs), to get an antireflective, self-cleanable and electrical conductive window layer for the thin film solar cell was demonstrated. The length and diameter of Al-doped ZnO NRs were optimized by controlling Al precursor concentration and growth time and an average reflectance of 2.9% was achieved. Al-doped ZnO NRs simultaneously having the rugged surface morphology with the micrometer- and nanometer-scale roughness also exhibited superhydrophobicity and extremely small water contact angle (WCA) hysteresis below Δ1° after treatment of hydrophobic self-assembled monolayer (SAM). Finally, in spite of the existence of the SAM, the enhancement of the electrical contact with silver from Schottky to Ohmic for various Al doping concentrations was confirmed. Self-cleanable and electrically conductive antireflecting layer introduced in this work would be expected to increase photovoltaic efficiency in a thin film solar cell.