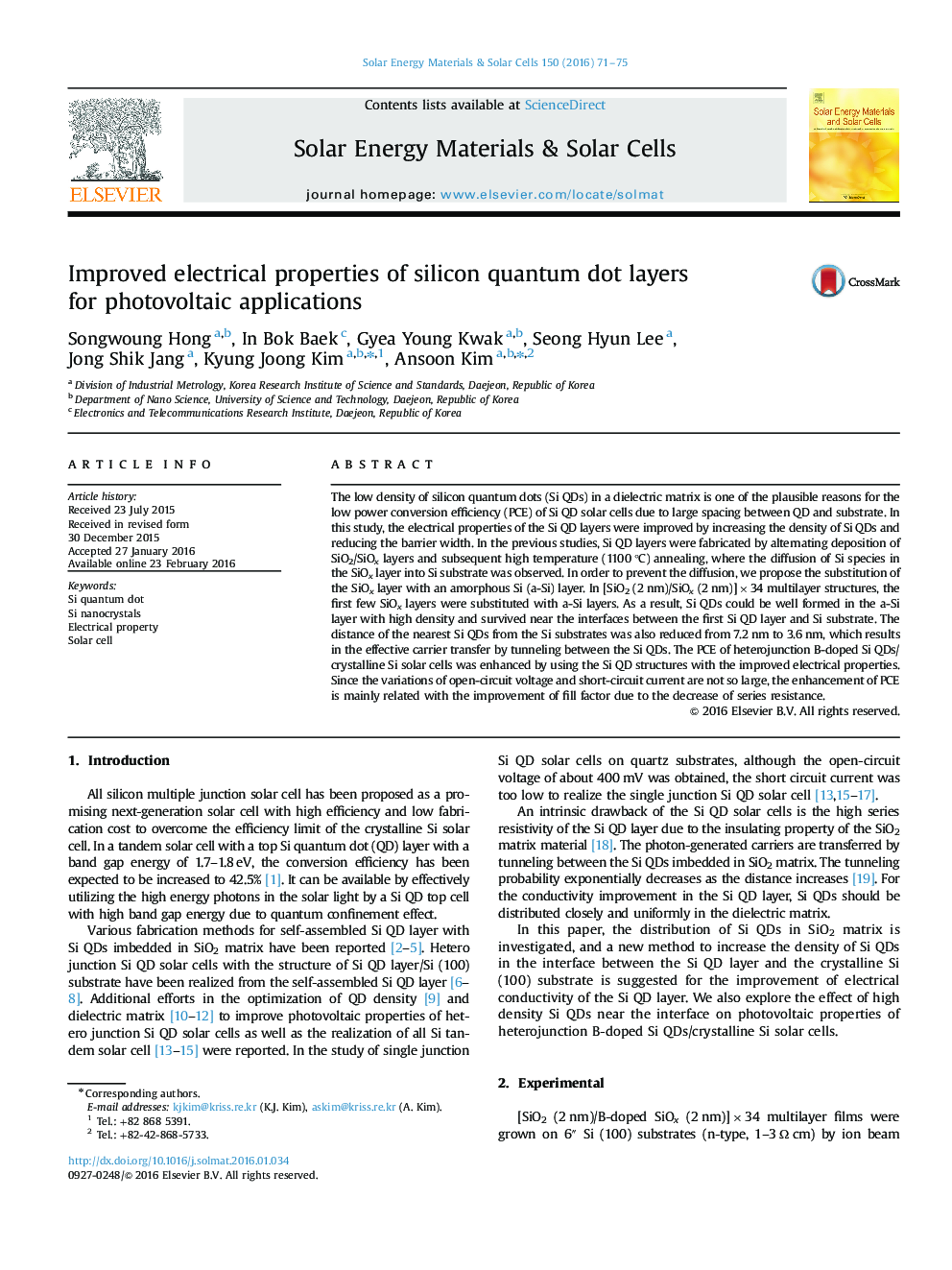 • We propose a new method to reduce the separation between the nearest Si QD layer and the Si substrate.
• The mechanism to form high density Si QDs near the interface was explored.
• The PCE of heterojunction Si QDs/c-Si solar cells was enhanced by using the proposed structures.

The low density of silicon quantum dots (Si QDs) in a dielectric matrix is one of the plausible reasons for the low power conversion efficiency (PCE) of Si QD solar cells due to large spacing between QD and substrate. In this study, the electrical properties of the Si QD layers were improved by increasing the density of Si QDs and reducing the barrier width. In the previous studies, Si QD layers were fabricated by alternating deposition of SiO2/SiOx layers and subsequent high temperature (1100 °C) annealing, where the diffusion of Si species in the SiOx layer into Si substrate was observed. In order to prevent the diffusion, we propose the substitution of the SiOx layer with an amorphous Si (a-Si) layer. In [SiO2 (2 nm)/SiOx (2 nm)]×34 multilayer structures, the first few SiOx layers were substituted with a-Si layers. As a result, Si QDs could be well formed in the a-Si layer with high density and survived near the interfaces between the first Si QD layer and Si substrate. The distance of the nearest Si QDs from the Si substrates was also reduced from 7.2 nm to 3.6 nm, which results in the effective carrier transfer by tunneling between the Si QDs. The PCE of heterojunction B-doped Si QDs/crystalline Si solar cells was enhanced by using the Si QD structures with the improved electrical properties. Since the variations of open-circuit voltage and short-circuit current are not so large, the enhancement of PCE is mainly related with the improvement of fill factor due to the decrease of series resistance.