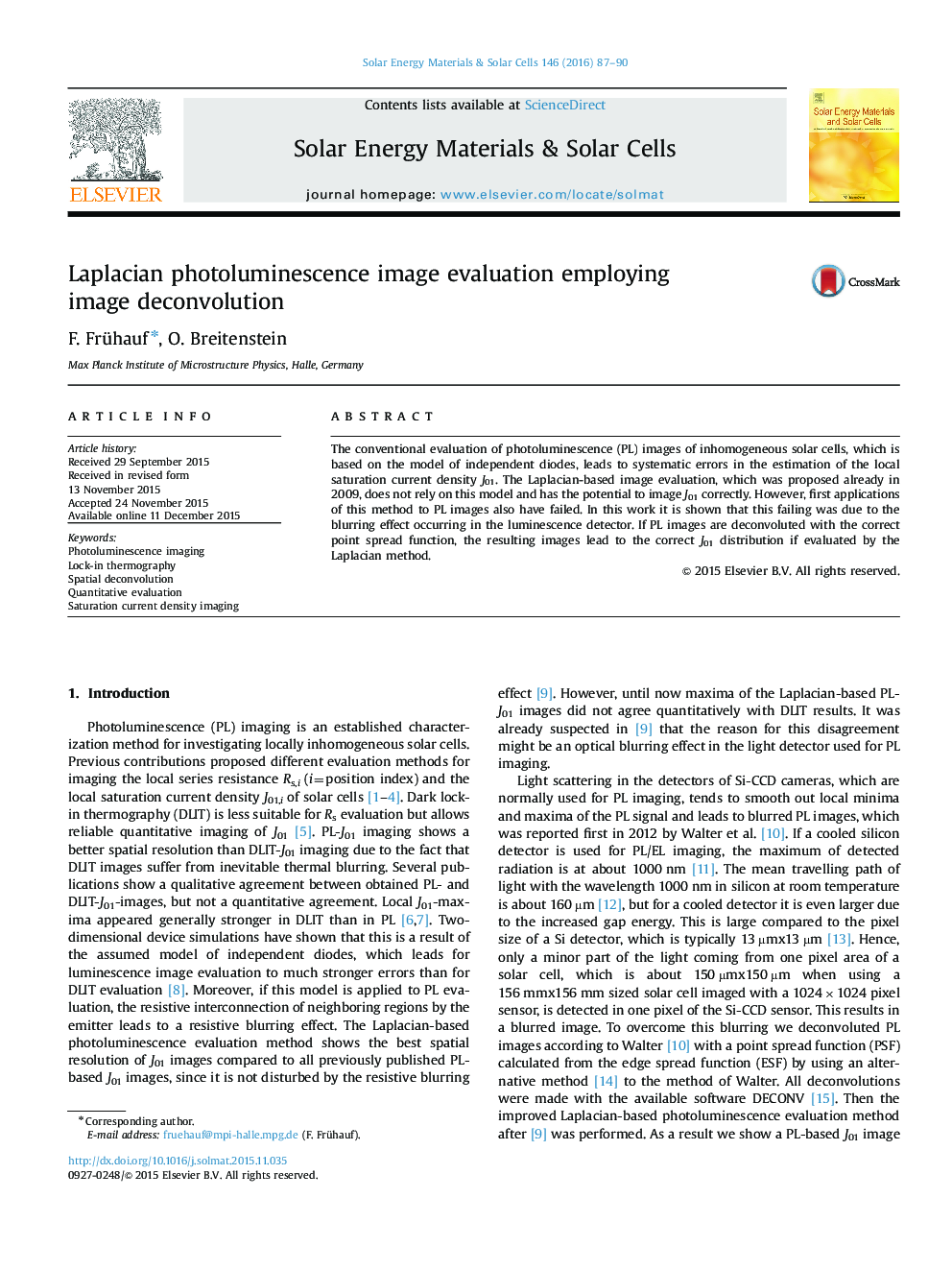 • A Laplacian method may provide more reliable PL image evaluation.
• Earlier attempts to image J01 by this method have failed.
• We have removed light scattering in the detector by image deconvolution.
• Laplacian evaluation of these images lead to realistic J01 images.
• Quantitative agreement with DLIT results but better spatial resolution is obtained.

The conventional evaluation of photoluminescence (PL) images of inhomogeneous solar cells, which is based on the model of independent diodes, leads to systematic errors in the estimation of the local saturation current density J01. The Laplacian-based image evaluation, which was proposed already in 2009, does not rely on this model and has the potential to image J01 correctly. However, first applications of this method to PL images also have failed. In this work it is shown that this failing was due to the blurring effect occurring in the luminescence detector. If PL images are deconvoluted with the correct point spread function, the resulting images lead to the correct J01 distribution if evaluated by the Laplacian method.