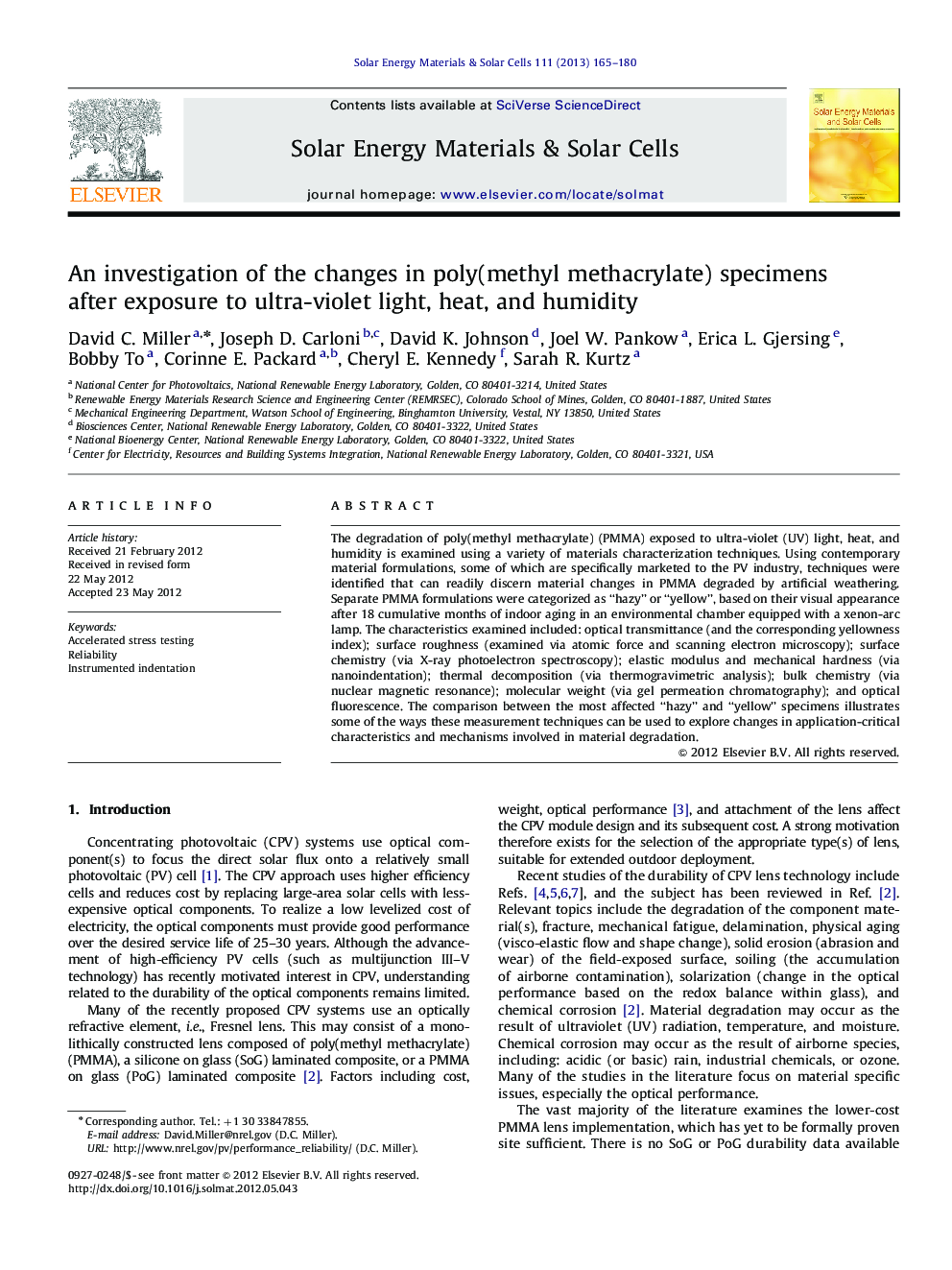 The degradation of poly(methyl methacrylate) (PMMA) exposed to ultra-violet (UV) light, heat, and humidity is examined using a variety of materials characterization techniques. Using contemporary material formulations, some of which are specifically marketed to the PV industry, techniques were identified that can readily discern material changes in PMMA degraded by artificial weathering. Separate PMMA formulations were categorized as “hazy” or “yellow”, based on their visual appearance after 18 cumulative months of indoor aging in an environmental chamber equipped with a xenon-arc lamp. The characteristics examined included: optical transmittance (and the corresponding yellowness index); surface roughness (examined via atomic force and scanning electron microscopy); surface chemistry (via X-ray photoelectron spectroscopy); elastic modulus and mechanical hardness (via nanoindentation); thermal decomposition (via thermogravimetric analysis); bulk chemistry (via nuclear magnetic resonance); molecular weight (via gel permeation chromatography); and optical fluorescence. The comparison between the most affected “hazy” and “yellow” specimens illustrates some of the ways these measurement techniques can be used to explore changes in application-critical characteristics and mechanisms involved in material degradation.

Graphical AbstractFigure optionsDownload as PowerPoint slideHighlights
► The dominant failure mechanism identified for the bulk of all of the formulated PMMA specimens was random chain scission.
► The differences between the “hazy” and “yellow” specimen categories arose from the additives used in the formulation.
► The irradiance, temperature, and humidity conditions for the weathering chamber were discussed in the context of the conditions anticipated for field-deployed modules.