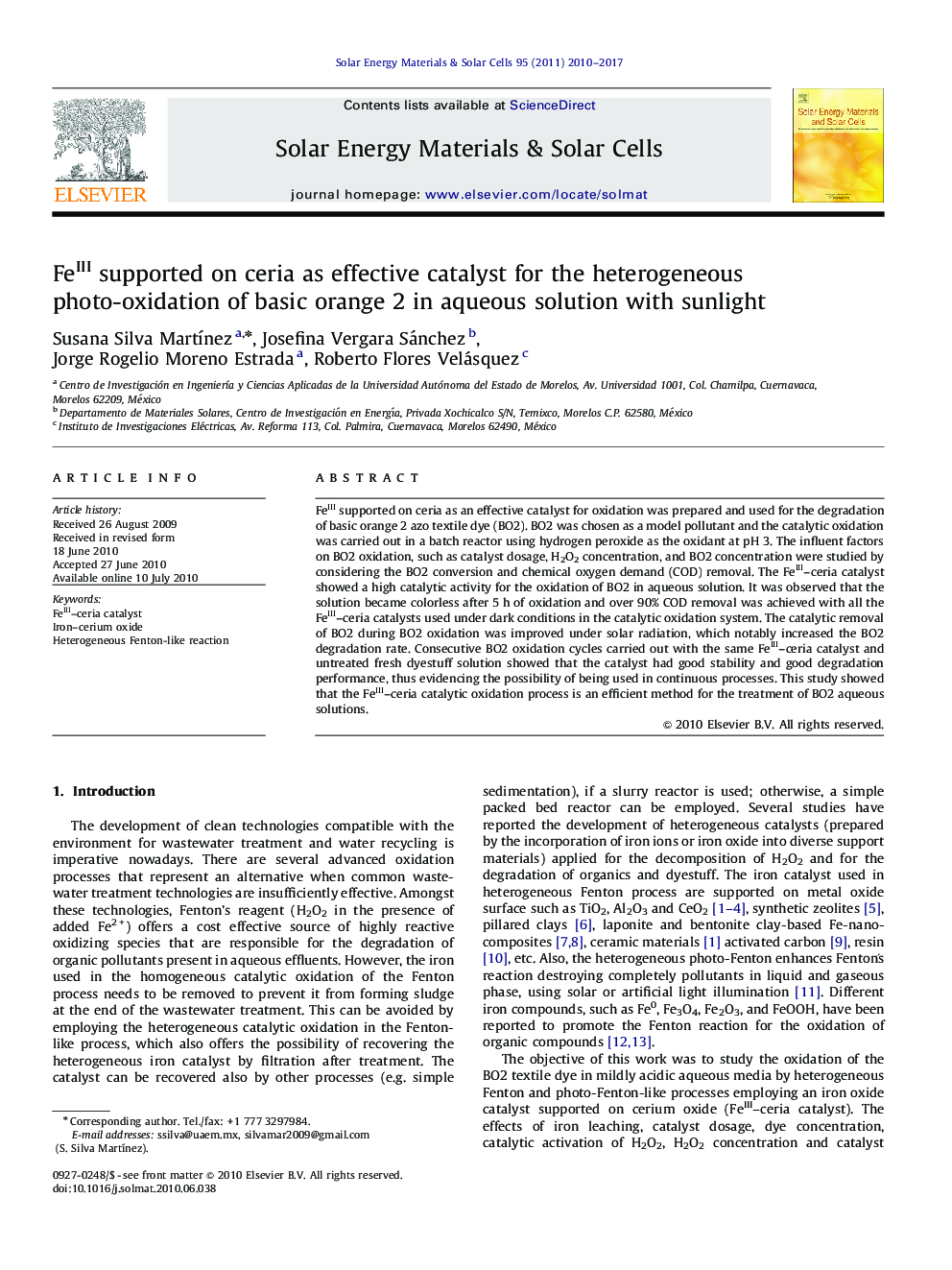 FeIII supported on ceria as an effective catalyst for oxidation was prepared and used for the degradation of basic orange 2 azo textile dye (BO2). BO2 was chosen as a model pollutant and the catalytic oxidation was carried out in a batch reactor using hydrogen peroxide as the oxidant at pH 3. The influent factors on BO2 oxidation, such as catalyst dosage, H2O2 concentration, and BO2 concentration were studied by considering the BO2 conversion and chemical oxygen demand (COD) removal. The FeIII–ceria catalyst showed a high catalytic activity for the oxidation of BO2 in aqueous solution. It was observed that the solution became colorless after 5 h of oxidation and over 90% COD removal was achieved with all the FeIII–ceria catalysts used under dark conditions in the catalytic oxidation system. The catalytic removal of BO2 during BO2 oxidation was improved under solar radiation, which notably increased the BO2 degradation rate. Consecutive BO2 oxidation cycles carried out with the same FeIII–ceria catalyst and untreated fresh dyestuff solution showed that the catalyst had good stability and good degradation performance, thus evidencing the possibility of being used in continuous processes. This study showed that the FeIII–ceria catalytic oxidation process is an efficient method for the treatment of BO2 aqueous solutions.