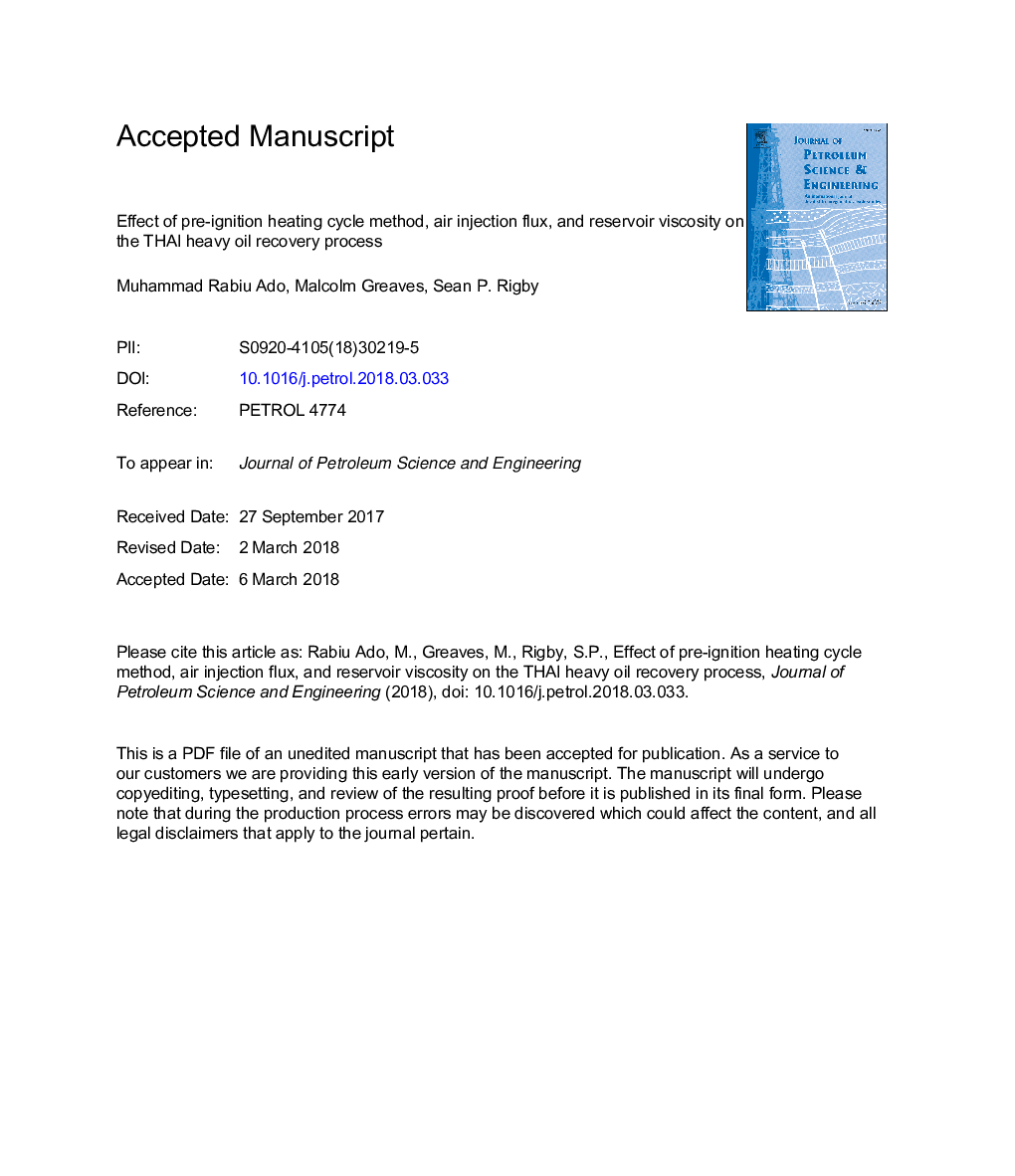 چکیده انگلیسی
Heavy oil and bitumen reserves can potentially bridge the gap in world energy demand during the transition between conventional hydrocarbon fuels and sustainable energy sources, while the latter are developed. However, the development of efficient extraction methods with low emissions is necessary. The in-situ combustion process, toe-to-heel air injection (THAI), is such a method, but some issues remain in improving its performance. In this paper, the performance of the THAI process has been investigated at the laboratory scale using a validated simulation model. We have studied the effect of pre-ignition heating cycle (PIHC) method, reservoir oil viscosity, and air injection flux, on the stability and operability of the THAI process. It was found that the use of steam, instead of electrical heaters, for the PIHC resulted in an increase in oil recovery. However, use of steam also caused a reduction in oxygen utilisation. The use of a horizontal injector (HI) well, in combination with the steaming during the PIHC, causes some of the oxygen to bypass the combustion front during the early stage of air injection. It is concluded that steaming using a staggered line drive, or 2VIHP well arrangement, is recommended to be used at the field scale. It was also found that THAI operates more stably for higher viscosity oil, albeit at higher operating cost, due to increased cumulative air-oil ratio (CAOR), compared to for a low oil viscosity reservoir. In contrast to previous suppositions, it has been found that oil recovery increases non-linearly with an increase in air flux, which needs to be taken into account on scale-up.
ناشر
Database: Elsevier - ScienceDirect (ساینس دایرکت)
Journal: Journal of Petroleum Science and Engineering - Volume 166, July 2018, Pages 94-103
نویسندگان
Muhammad Rabiu Ado, Malcolm Greaves, Sean P. Rigby,
دانلود مقاله + سفارش ترجمه
دانلود مقاله ISI انگلیسی
رایگان برای ایرانیان
سفارش ترجمه تخصصی
با تضمین قیمت و کیفیت
منتشر شده در