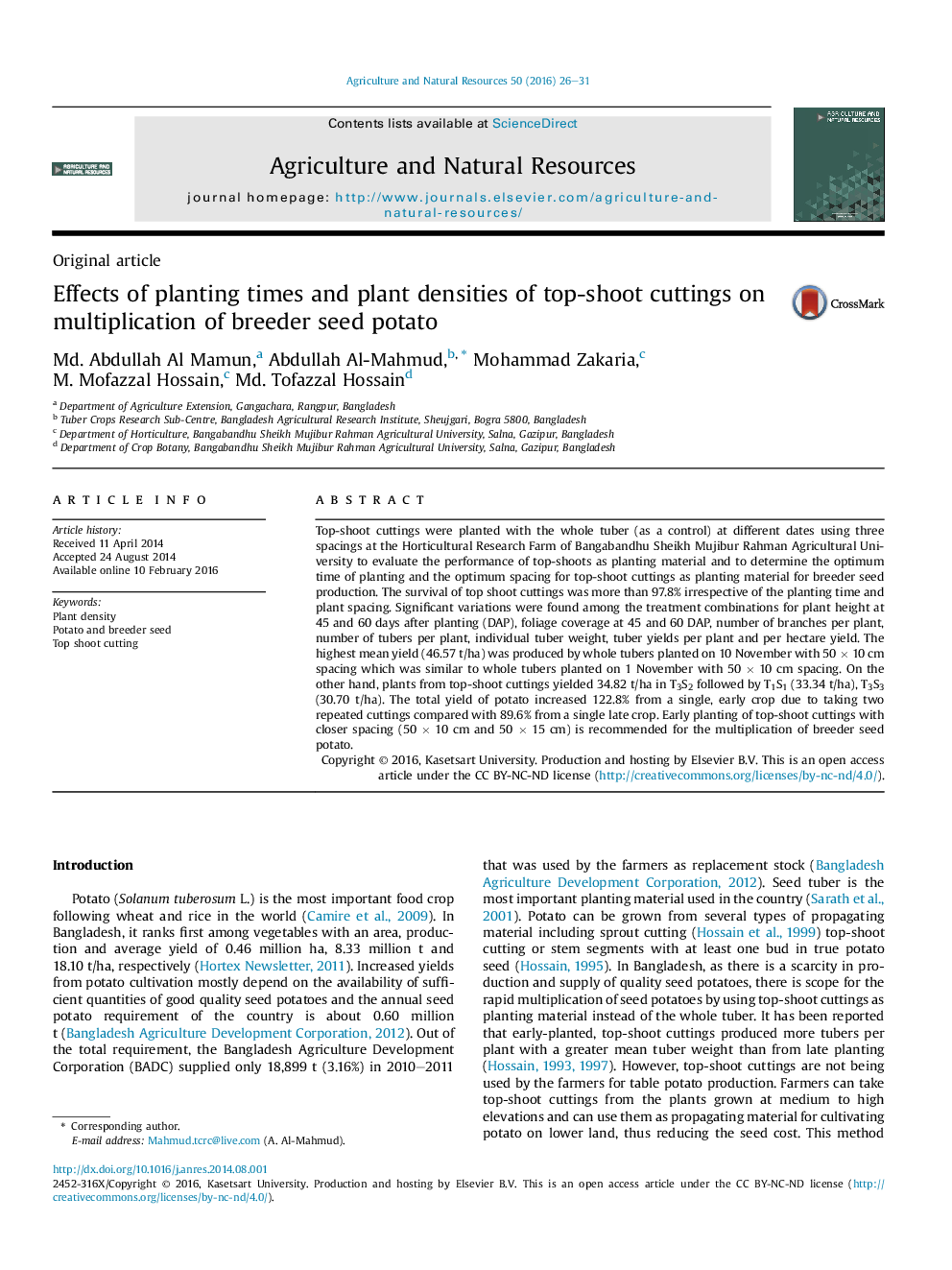 Top-shoot cuttings were planted with the whole tuber (as a control) at different dates using three spacings at the Horticultural Research Farm of Bangabandhu Sheikh Mujibur Rahman Agricultural University to evaluate the performance of top-shoots as planting material and to determine the optimum time of planting and the optimum spacing for top-shoot cuttings as planting material for breeder seed production. The survival of top shoot cuttings was more than 97.8% irrespective of the planting time and plant spacing. Significant variations were found among the treatment combinations for plant height at 45 and 60 days after planting (DAP), foliage coverage at 45 and 60 DAP, number of branches per plant, number of tubers per plant, individual tuber weight, tuber yields per plant and per hectare yield. The highest mean yield (46.57 t/ha) was produced by whole tubers planted on 10 November with 50 × 10 cm spacing which was similar to whole tubers planted on 1 November with 50 × 10 cm spacing. On the other hand, plants from top-shoot cuttings yielded 34.82 t/ha in T3S2 followed by T1S1 (33.34 t/ha), T3S3 (30.70 t/ha). The total yield of potato increased 122.8% from a single, early crop due to taking two repeated cuttings compared with 89.6% from a single late crop. Early planting of top-shoot cuttings with closer spacing (50 × 10 cm and 50 × 15 cm) is recommended for the multiplication of breeder seed potato.