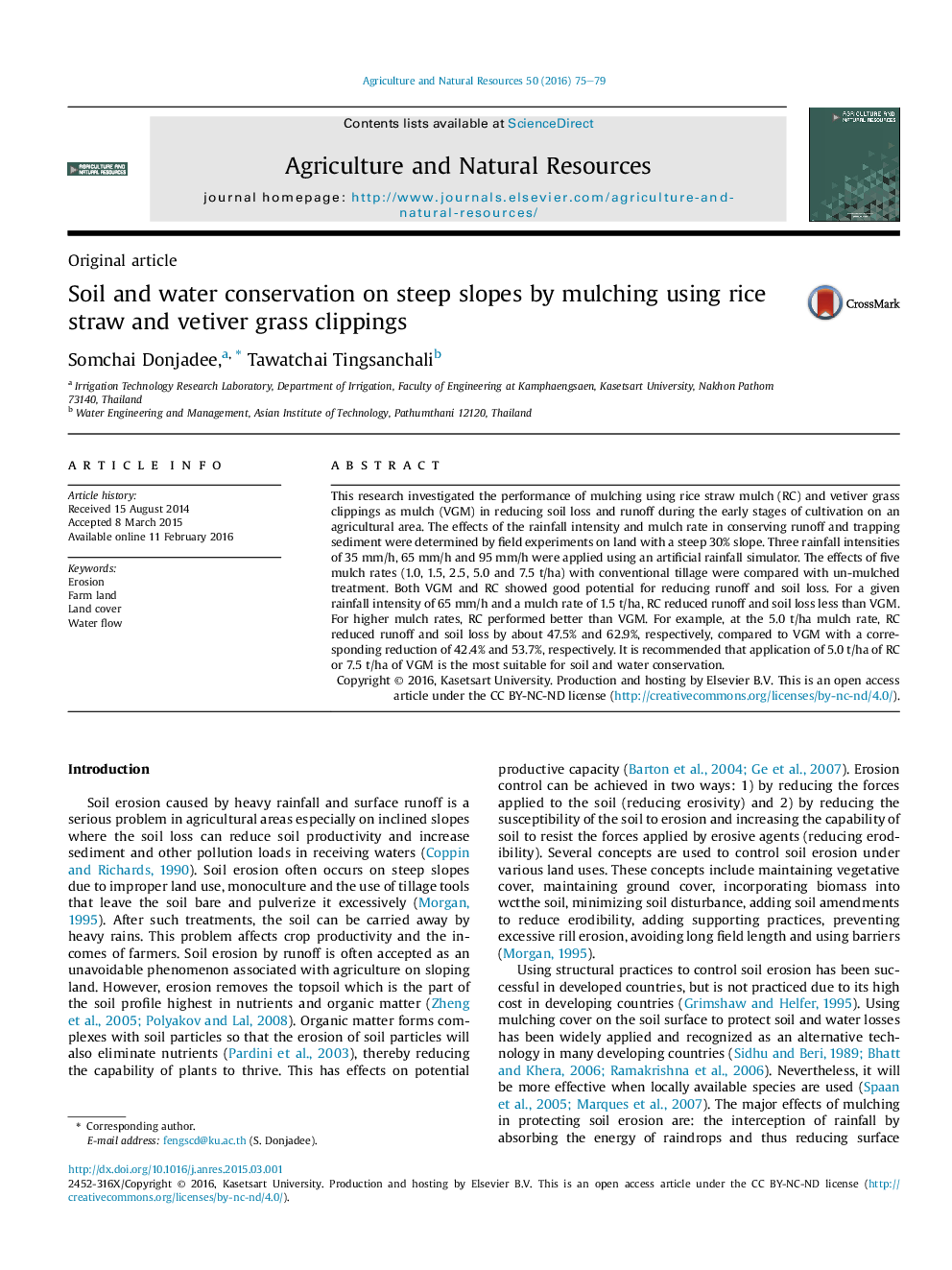 This research investigated the performance of mulching using rice straw mulch (RC) and vetiver grass clippings as mulch (VGM) in reducing soil loss and runoff during the early stages of cultivation on an agricultural area. The effects of the rainfall intensity and mulch rate in conserving runoff and trapping sediment were determined by field experiments on land with a steep 30% slope. Three rainfall intensities of 35 mm/h, 65 mm/h and 95 mm/h were applied using an artificial rainfall simulator. The effects of five mulch rates (1.0, 1.5, 2.5, 5.0 and 7.5 t/ha) with conventional tillage were compared with un-mulched treatment. Both VGM and RC showed good potential for reducing runoff and soil loss. For a given rainfall intensity of 65 mm/h and a mulch rate of 1.5 t/ha, RC reduced runoff and soil loss less than VGM. For higher mulch rates, RC performed better than VGM. For example, at the 5.0 t/ha mulch rate, RC reduced runoff and soil loss by about 47.5% and 62.9%, respectively, compared to VGM with a corresponding reduction of 42.4% and 53.7%, respectively. It is recommended that application of 5.0 t/ha of RC or 7.5 t/ha of VGM is the most suitable for soil and water conservation.