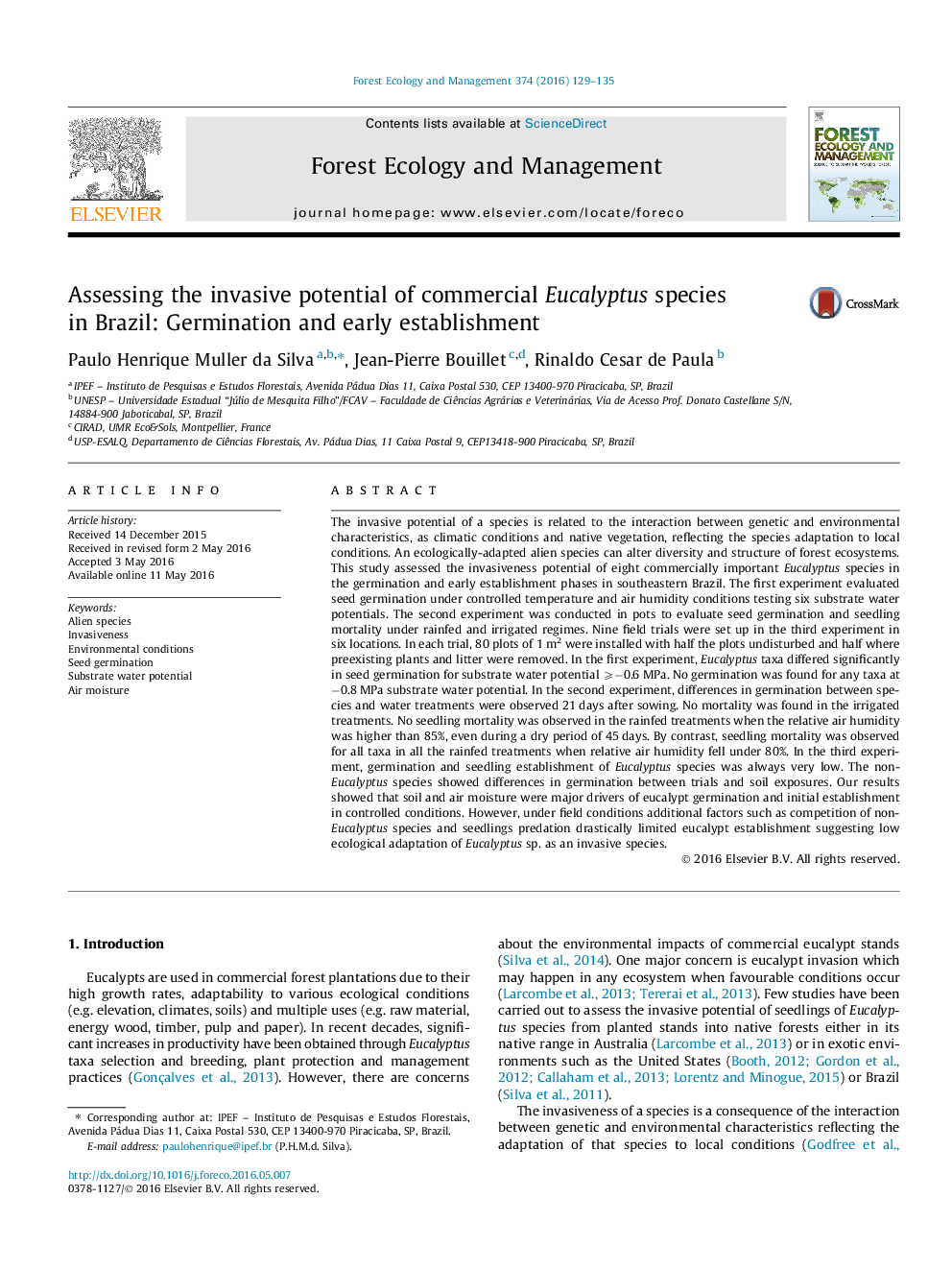 The invasive potential of a species is related to the interaction between genetic and environmental characteristics, as climatic conditions and native vegetation, reflecting the species adaptation to local conditions. An ecologically-adapted alien species can alter diversity and structure of forest ecosystems. This study assessed the invasiveness potential of eight commercially important Eucalyptus species in the germination and early establishment phases in southeastern Brazil. The first experiment evaluated seed germination under controlled temperature and air humidity conditions testing six substrate water potentials. The second experiment was conducted in pots to evaluate seed germination and seedling mortality under rainfed and irrigated regimes. Nine field trials were set up in the third experiment in six locations. In each trial, 80 plots of 1 m2 were installed with half the plots undisturbed and half where preexisting plants and litter were removed. In the first experiment, Eucalyptus taxa differed significantly in seed germination for substrate water potential ⩾−0.6 MPa. No germination was found for any taxa at −0.8 MPa substrate water potential. In the second experiment, differences in germination between species and water treatments were observed 21 days after sowing. No mortality was found in the irrigated treatments. No seedling mortality was observed in the rainfed treatments when the relative air humidity was higher than 85%, even during a dry period of 45 days. By contrast, seedling mortality was observed for all taxa in all the rainfed treatments when relative air humidity fell under 80%. In the third experiment, germination and seedling establishment of Eucalyptus species was always very low. The non-Eucalyptus species showed differences in germination between trials and soil exposures. Our results showed that soil and air moisture were major drivers of eucalypt germination and initial establishment in controlled conditions. However, under field conditions additional factors such as competition of non-Eucalyptus species and seedlings predation drastically limited eucalypt establishment suggesting low ecological adaptation of Eucalyptus sp. as an invasive species.