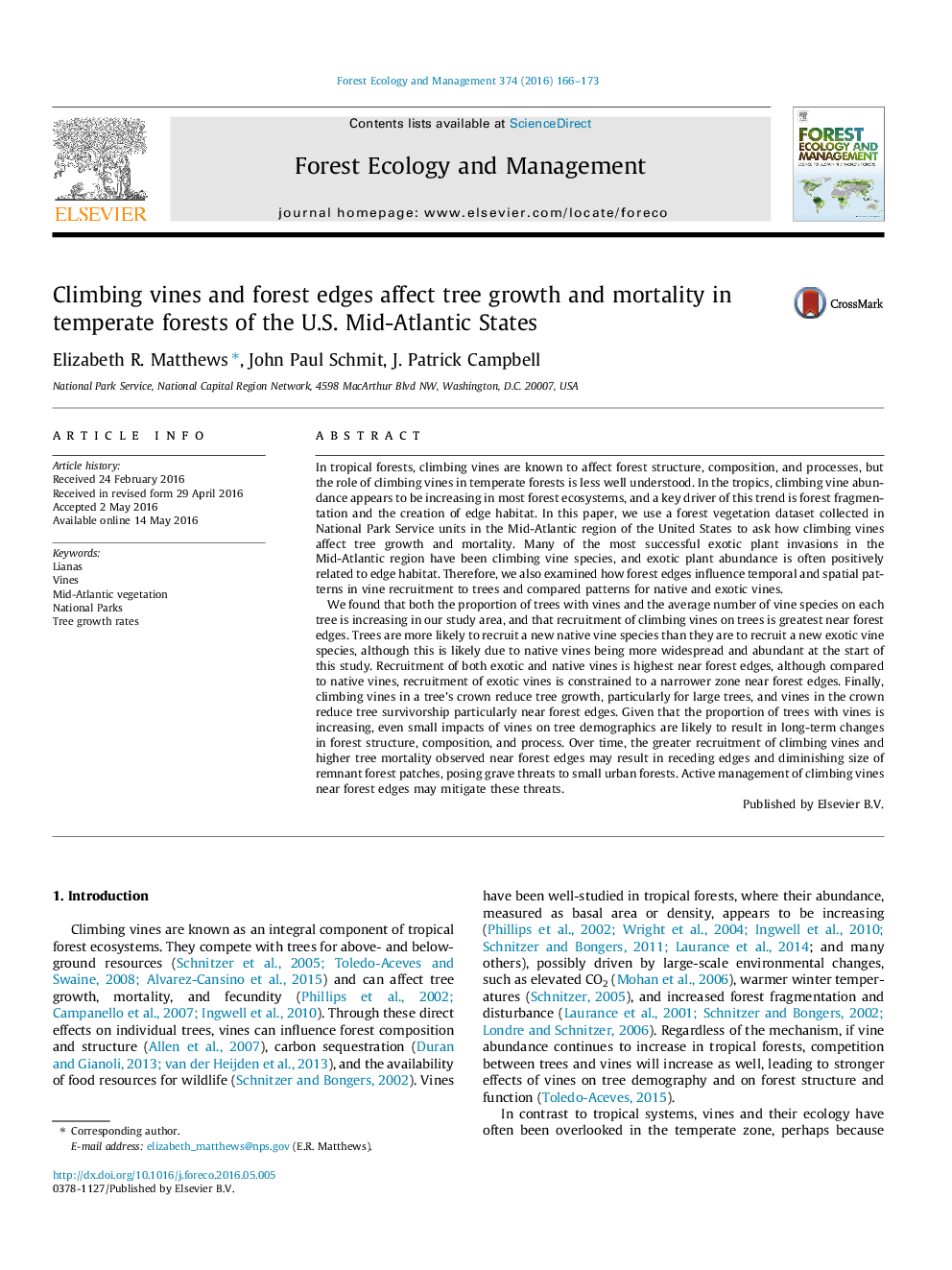 In tropical forests, climbing vines are known to affect forest structure, composition, and processes, but the role of climbing vines in temperate forests is less well understood. In the tropics, climbing vine abundance appears to be increasing in most forest ecosystems, and a key driver of this trend is forest fragmentation and the creation of edge habitat. In this paper, we use a forest vegetation dataset collected in National Park Service units in the Mid-Atlantic region of the United States to ask how climbing vines affect tree growth and mortality. Many of the most successful exotic plant invasions in the Mid-Atlantic region have been climbing vine species, and exotic plant abundance is often positively related to edge habitat. Therefore, we also examined how forest edges influence temporal and spatial patterns in vine recruitment to trees and compared patterns for native and exotic vines.We found that both the proportion of trees with vines and the average number of vine species on each tree is increasing in our study area, and that recruitment of climbing vines on trees is greatest near forest edges. Trees are more likely to recruit a new native vine species than they are to recruit a new exotic vine species, although this is likely due to native vines being more widespread and abundant at the start of this study. Recruitment of both exotic and native vines is highest near forest edges, although compared to native vines, recruitment of exotic vines is constrained to a narrower zone near forest edges. Finally, climbing vines in a tree’s crown reduce tree growth, particularly for large trees, and vines in the crown reduce tree survivorship particularly near forest edges. Given that the proportion of trees with vines is increasing, even small impacts of vines on tree demographics are likely to result in long-term changes in forest structure, composition, and process. Over time, the greater recruitment of climbing vines and higher tree mortality observed near forest edges may result in receding edges and diminishing size of remnant forest patches, posing grave threats to small urban forests. Active management of climbing vines near forest edges may mitigate these threats.