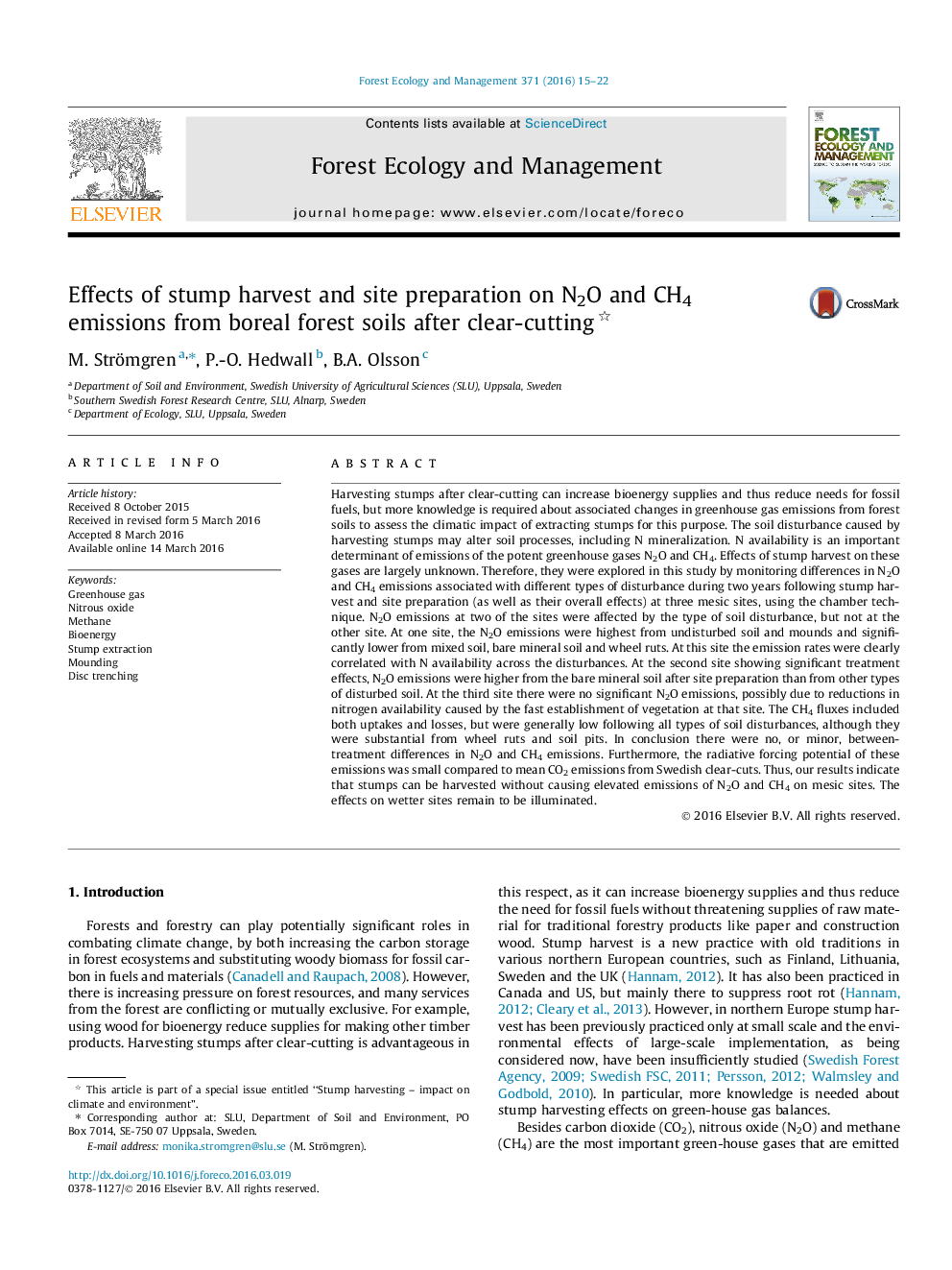 Harvesting stumps after clear-cutting can increase bioenergy supplies and thus reduce needs for fossil fuels, but more knowledge is required about associated changes in greenhouse gas emissions from forest soils to assess the climatic impact of extracting stumps for this purpose. The soil disturbance caused by harvesting stumps may alter soil processes, including N mineralization. N availability is an important determinant of emissions of the potent greenhouse gases N2O and CH4. Effects of stump harvest on these gases are largely unknown. Therefore, they were explored in this study by monitoring differences in N2O and CH4 emissions associated with different types of disturbance during two years following stump harvest and site preparation (as well as their overall effects) at three mesic sites, using the chamber technique. N2O emissions at two of the sites were affected by the type of soil disturbance, but not at the other site. At one site, the N2O emissions were highest from undisturbed soil and mounds and significantly lower from mixed soil, bare mineral soil and wheel ruts. At this site the emission rates were clearly correlated with N availability across the disturbances. At the second site showing significant treatment effects, N2O emissions were higher from the bare mineral soil after site preparation than from other types of disturbed soil. At the third site there were no significant N2O emissions, possibly due to reductions in nitrogen availability caused by the fast establishment of vegetation at that site. The CH4 fluxes included both uptakes and losses, but were generally low following all types of soil disturbances, although they were substantial from wheel ruts and soil pits. In conclusion there were no, or minor, between-treatment differences in N2O and CH4 emissions. Furthermore, the radiative forcing potential of these emissions was small compared to mean CO2 emissions from Swedish clear-cuts. Thus, our results indicate that stumps can be harvested without causing elevated emissions of N2O and CH4 on mesic sites. The effects on wetter sites remain to be illuminated.