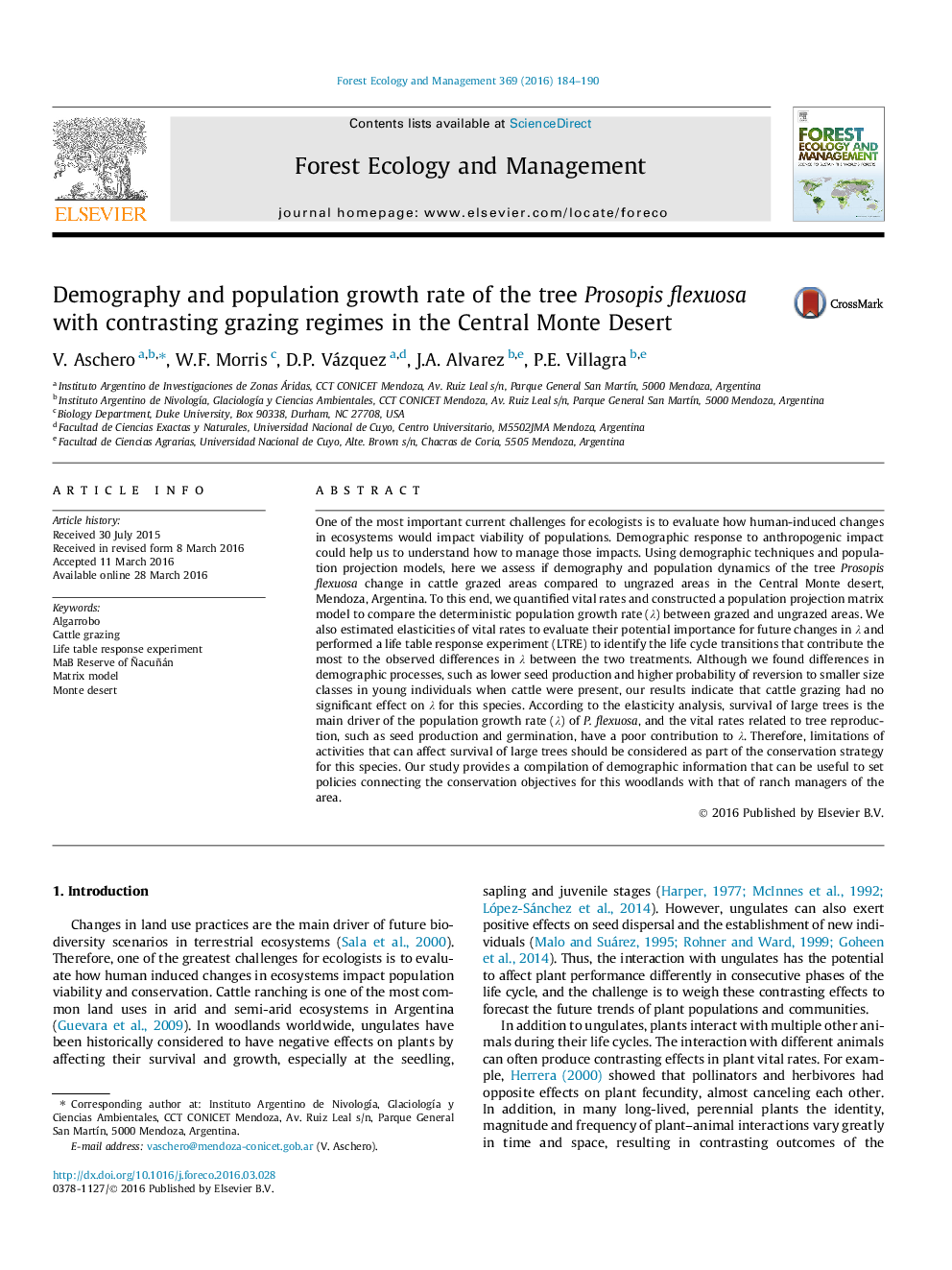 • Population growth (λ) rate did not differ between the reserve and cattle ranches.
• Effects of grazing on different demographic rates compensated across the life cycle.
• Survival of large trees was the main driver of λ.
• Vital rates related to tree reproduction had a poor contribution to λ.
• Limitation of human activities that affect survival of large trees is recommended.

One of the most important current challenges for ecologists is to evaluate how human-induced changes in ecosystems would impact viability of populations. Demographic response to anthropogenic impact could help us to understand how to manage those impacts. Using demographic techniques and population projection models, here we assess if demography and population dynamics of the tree Prosopis flexuosa change in cattle grazed areas compared to ungrazed areas in the Central Monte desert, Mendoza, Argentina. To this end, we quantified vital rates and constructed a population projection matrix model to compare the deterministic population growth rate (λ) between grazed and ungrazed areas. We also estimated elasticities of vital rates to evaluate their potential importance for future changes in λ and performed a life table response experiment (LTRE) to identify the life cycle transitions that contribute the most to the observed differences in λ between the two treatments. Although we found differences in demographic processes, such as lower seed production and higher probability of reversion to smaller size classes in young individuals when cattle were present, our results indicate that cattle grazing had no significant effect on λ for this species. According to the elasticity analysis, survival of large trees is the main driver of the population growth rate (λ) of P. flexuosa, and the vital rates related to tree reproduction, such as seed production and germination, have a poor contribution to λ. Therefore, limitations of activities that can affect survival of large trees should be considered as part of the conservation strategy for this species. Our study provides a compilation of demographic information that can be useful to set policies connecting the conservation objectives for this woodlands with that of ranch managers of the area.