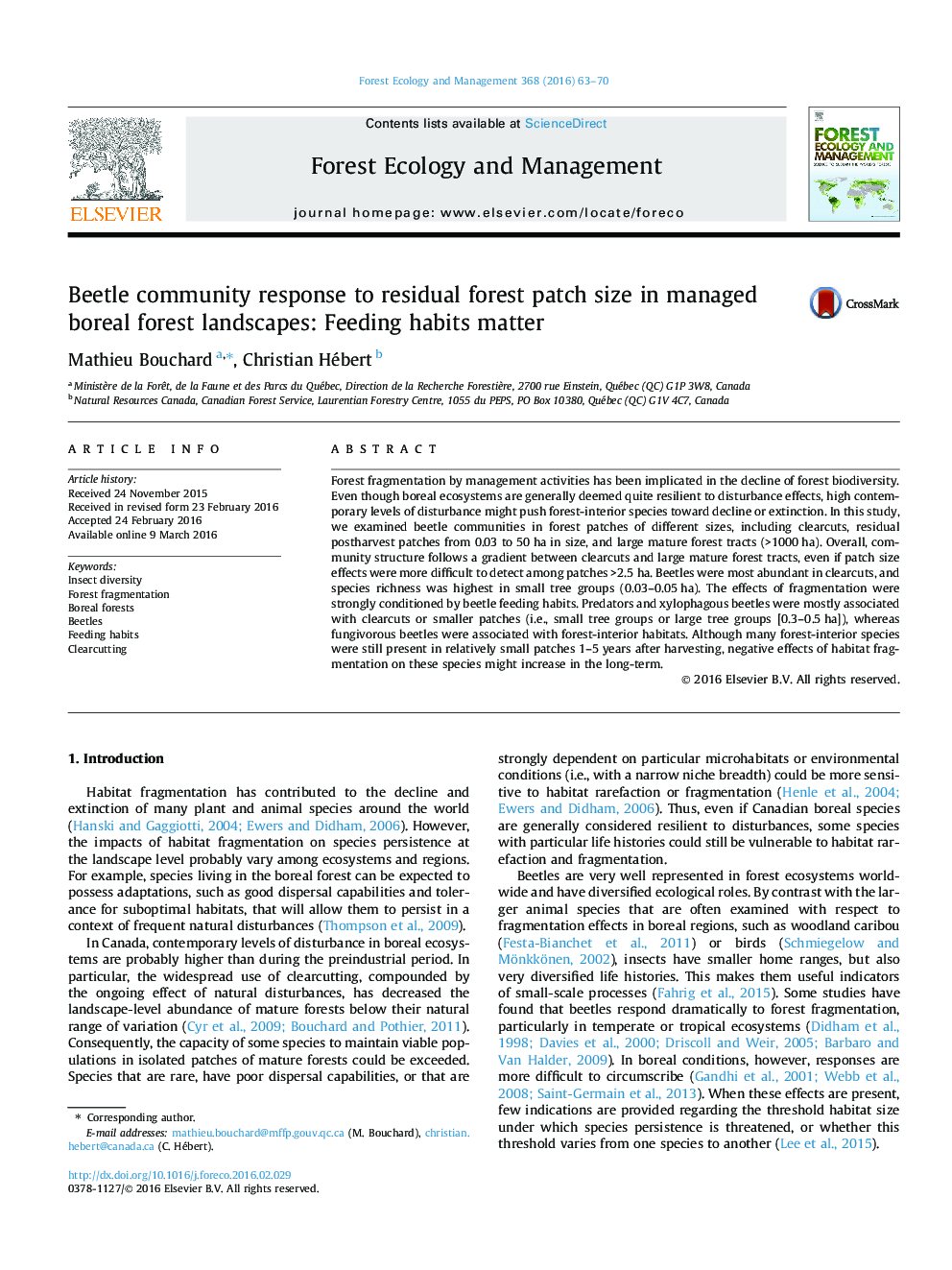 Forest fragmentation by management activities has been implicated in the decline of forest biodiversity. Even though boreal ecosystems are generally deemed quite resilient to disturbance effects, high contemporary levels of disturbance might push forest-interior species toward decline or extinction. In this study, we examined beetle communities in forest patches of different sizes, including clearcuts, residual postharvest patches from 0.03 to 50 ha in size, and large mature forest tracts (>1000 ha). Overall, community structure follows a gradient between clearcuts and large mature forest tracts, even if patch size effects were more difficult to detect among patches >2.5 ha. Beetles were most abundant in clearcuts, and species richness was highest in small tree groups (0.03–0.05 ha). The effects of fragmentation were strongly conditioned by beetle feeding habits. Predators and xylophagous beetles were mostly associated with clearcuts or smaller patches (i.e., small tree groups or large tree groups [0.3–0.5 ha]), whereas fungivorous beetles were associated with forest-interior habitats. Although many forest-interior species were still present in relatively small patches 1–5 years after harvesting, negative effects of habitat fragmentation on these species might increase in the long-term.