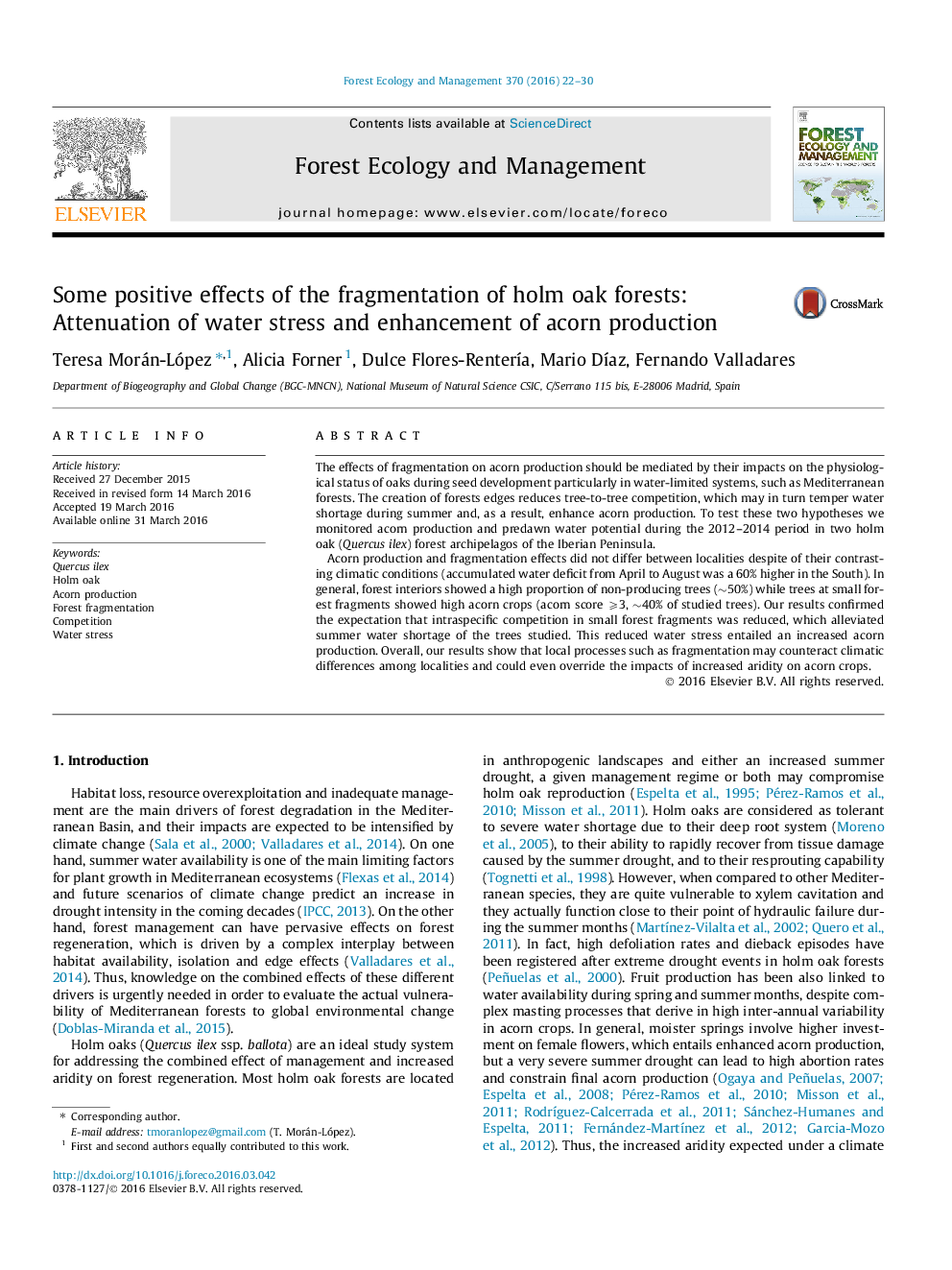 The effects of fragmentation on acorn production should be mediated by their impacts on the physiological status of oaks during seed development particularly in water-limited systems, such as Mediterranean forests. The creation of forests edges reduces tree-to-tree competition, which may in turn temper water shortage during summer and, as a result, enhance acorn production. To test these two hypotheses we monitored acorn production and predawn water potential during the 2012–2014 period in two holm oak (Quercus ilex) forest archipelagos of the Iberian Peninsula.Acorn production and fragmentation effects did not differ between localities despite of their contrasting climatic conditions (accumulated water deficit from April to August was a 60% higher in the South). In general, forest interiors showed a high proportion of non-producing trees (∼50%) while trees at small forest fragments showed high acorn crops (acorn score ⩾3, ∼40% of studied trees). Our results confirmed the expectation that intraspecific competition in small forest fragments was reduced, which alleviated summer water shortage of the trees studied. This reduced water stress entailed an increased acorn production. Overall, our results show that local processes such as fragmentation may counteract climatic differences among localities and could even override the impacts of increased aridity on acorn crops.