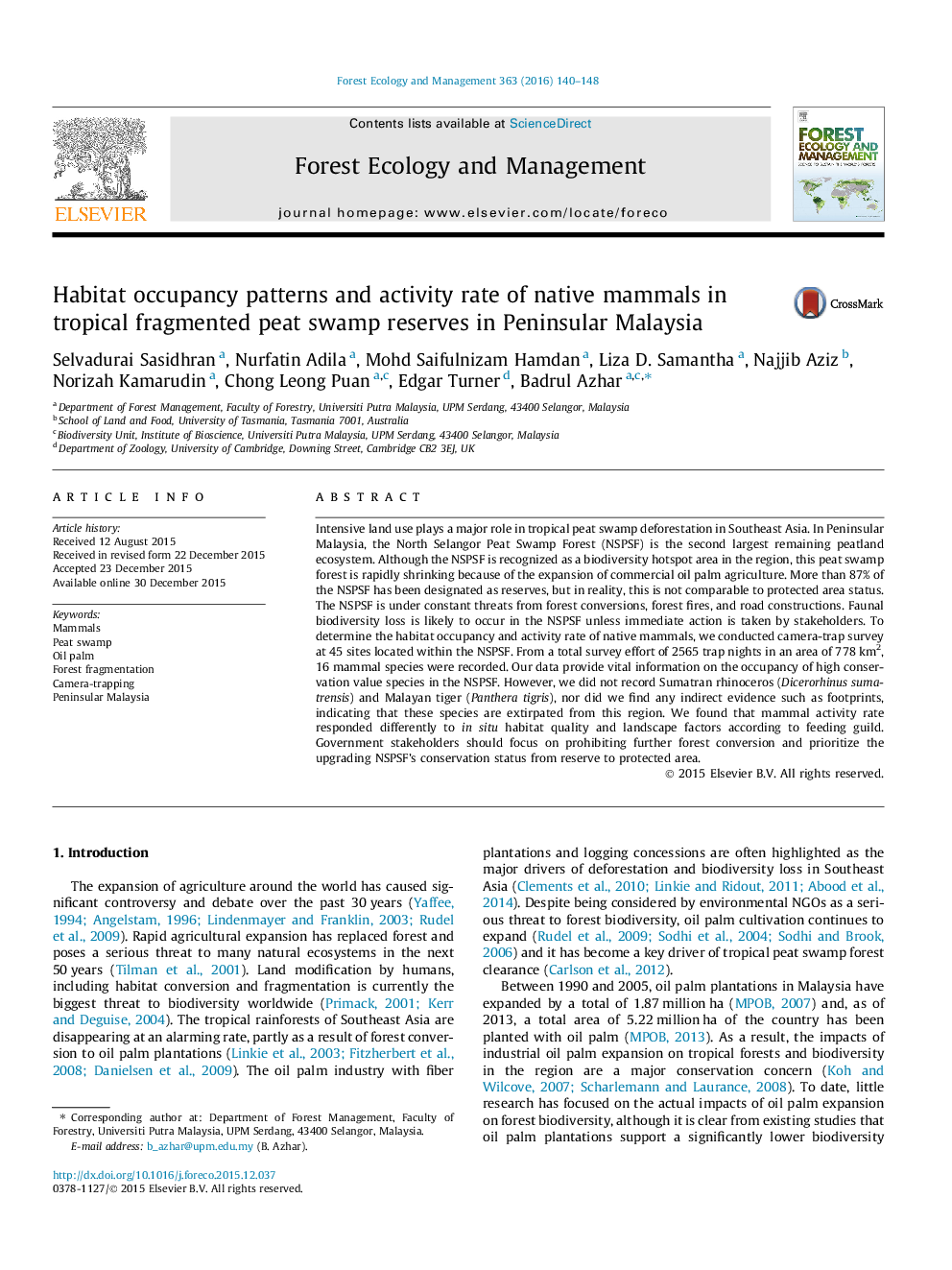 • We estimated the occupancy of peat swamp mammals and studied their activity rate.
• Sixteen mammals species were recorded throughout the camera-trap study.
• Activity rate varied differently with in situ habitat quality and landscape factors.
• The peat swamp forest reserve should be upgraded to protected area.

Intensive land use plays a major role in tropical peat swamp deforestation in Southeast Asia. In Peninsular Malaysia, the North Selangor Peat Swamp Forest (NSPSF) is the second largest remaining peatland ecosystem. Although the NSPSF is recognized as a biodiversity hotspot area in the region, this peat swamp forest is rapidly shrinking because of the expansion of commercial oil palm agriculture. More than 87% of the NSPSF has been designated as reserves, but in reality, this is not comparable to protected area status. The NSPSF is under constant threats from forest conversions, forest fires, and road constructions. Faunal biodiversity loss is likely to occur in the NSPSF unless immediate action is taken by stakeholders. To determine the habitat occupancy and activity rate of native mammals, we conducted camera-trap survey at 45 sites located within the NSPSF. From a total survey effort of 2565 trap nights in an area of 778 km2, 16 mammal species were recorded. Our data provide vital information on the occupancy of high conservation value species in the NSPSF. However, we did not record Sumatran rhinoceros (Dicerorhinus sumatrensis) and Malayan tiger (Panthera tigris), nor did we find any indirect evidence such as footprints, indicating that these species are extirpated from this region. We found that mammal activity rate responded differently to in situ habitat quality and landscape factors according to feeding guild. Government stakeholders should focus on prohibiting further forest conversion and prioritize the upgrading NSPSF’s conservation status from reserve to protected area.