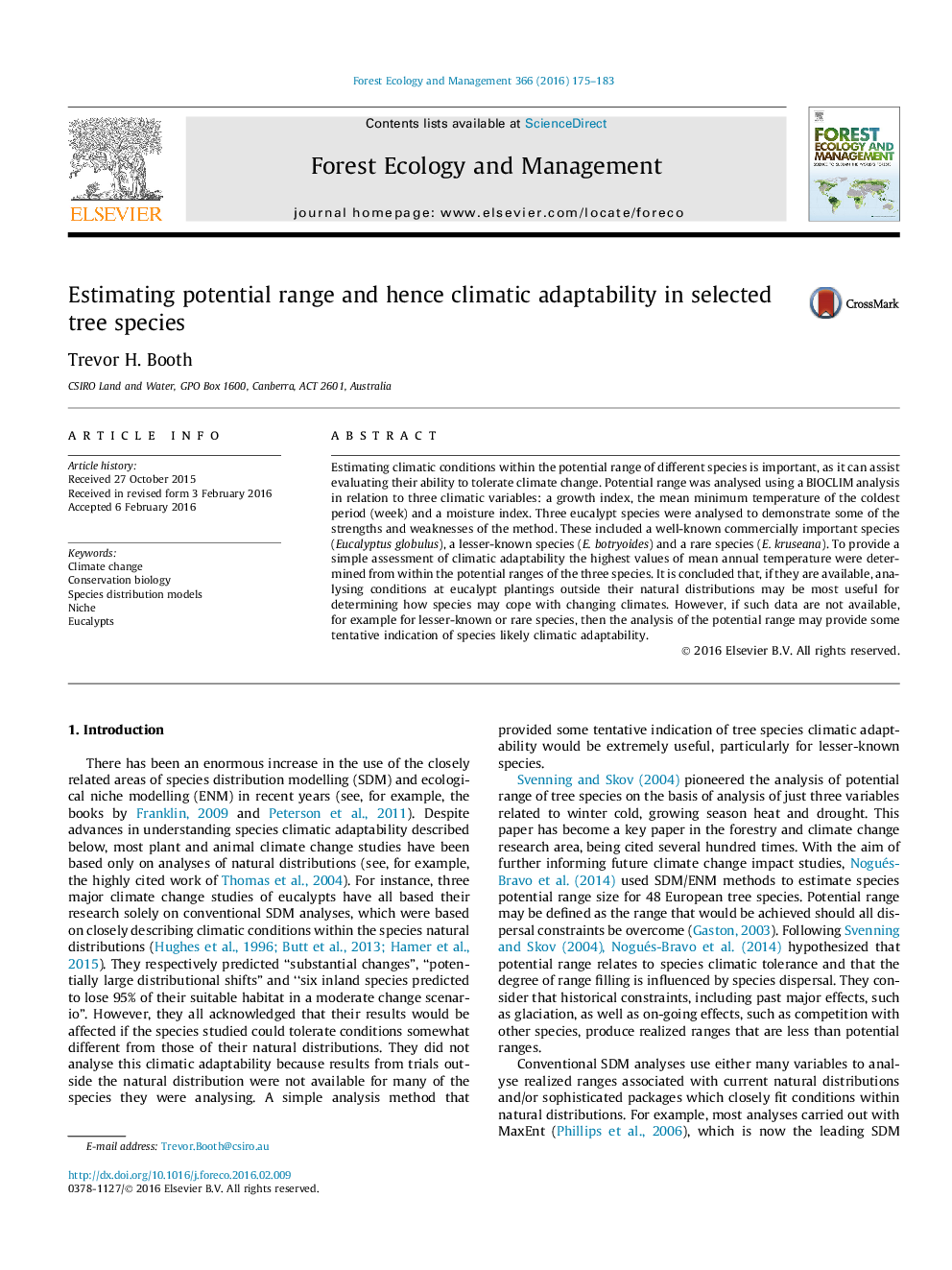 • Potential range can be estimated using a simple three variable BIOCLIM analysis.
• Mean annual temperature tolerance can be estimated within this potential range.
• Three example eucalypt species were analysed using the Atlas of Living Australia.
• Analysis of results from trials outside the natural distribution may be preferable.
• But the analysis is likely to be particularly useful for rare species lacking trial data.

Estimating climatic conditions within the potential range of different species is important, as it can assist evaluating their ability to tolerate climate change. Potential range was analysed using a BIOCLIM analysis in relation to three climatic variables: a growth index, the mean minimum temperature of the coldest period (week) and a moisture index. Three eucalypt species were analysed to demonstrate some of the strengths and weaknesses of the method. These included a well-known commercially important species (Eucalyptus globulus), a lesser-known species (E. botryoides) and a rare species (E. kruseana). To provide a simple assessment of climatic adaptability the highest values of mean annual temperature were determined from within the potential ranges of the three species. It is concluded that, if they are available, analysing conditions at eucalypt plantings outside their natural distributions may be most useful for determining how species may cope with changing climates. However, if such data are not available, for example for lesser-known or rare species, then the analysis of the potential range may provide some tentative indication of species likely climatic adaptability.