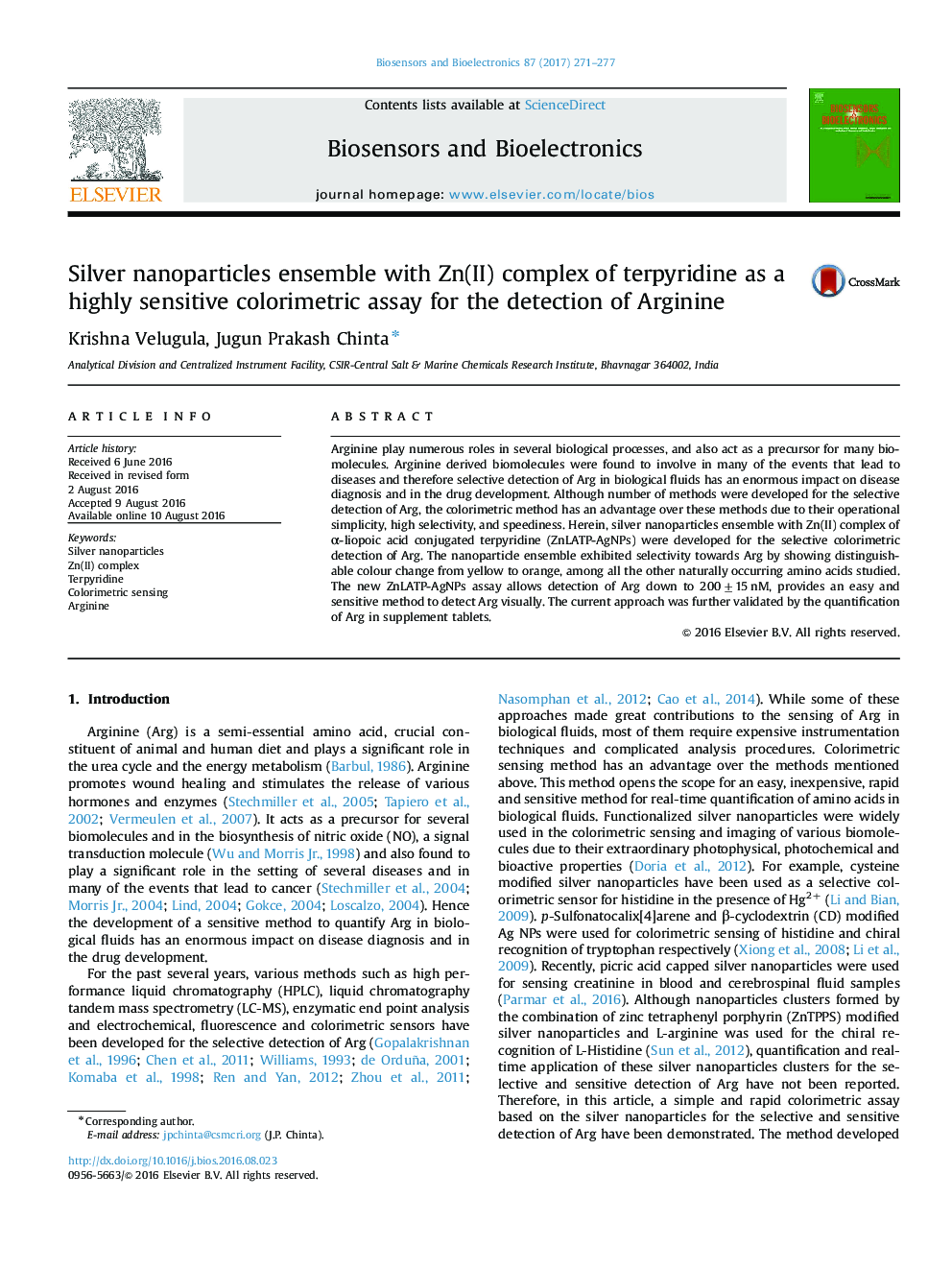 • Simple and effective colorimetric assay for arginine was developed.
• The assay displayed high selectivity towards arginine among all other natural amino acids.
• The present assay allows detection of arginine as low as 200 nM.
• The assay developed is validated by quantification of arginine in real samples.
• Present method could of great use in disease diagnosis.

Arginine play numerous roles in several biological processes, and also act as a precursor for many biomolecules. Arginine derived biomolecules were found to involve in many of the events that lead to diseases and therefore selective detection of Arg in biological fluids has an enormous impact on disease diagnosis and in the drug development. Although number of methods were developed for the selective detection of Arg, the colorimetric method has an advantage over these methods due to their operational simplicity, high selectivity, and speediness. Herein, silver nanoparticles ensemble with Zn(II) complex of α-liopoic acid conjugated terpyridine (ZnLATP-AgNPs) were developed for the selective colorimetric detection of Arg. The nanoparticle ensemble exhibited selectivity towards Arg by showing distinguishable colour change from yellow to orange, among all the other naturally occurring amino acids studied. The new ZnLATP-AgNPs assay allows detection of Arg down to 200±15 nM, provides an easy and sensitive method to detect Arg visually. The current approach was further validated by the quantification of Arg in supplement tablets.

Silver nanoparticles based colorimetric assay has been developed for the selective and sensitive detection of Arginine.Figure optionsDownload as PowerPoint slide