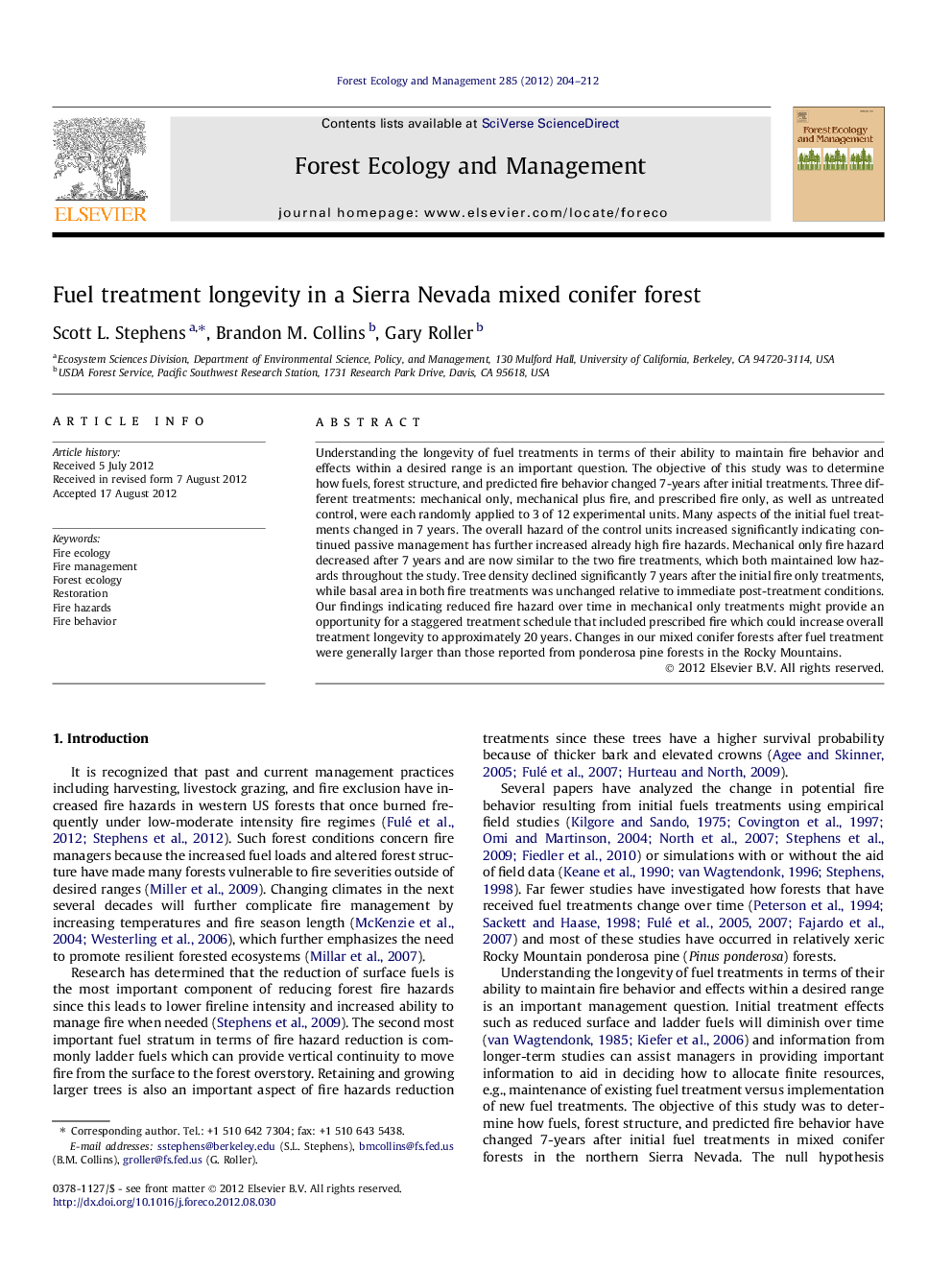 Understanding the longevity of fuel treatments in terms of their ability to maintain fire behavior and effects within a desired range is an important question. The objective of this study was to determine how fuels, forest structure, and predicted fire behavior changed 7-years after initial treatments. Three different treatments: mechanical only, mechanical plus fire, and prescribed fire only, as well as untreated control, were each randomly applied to 3 of 12 experimental units. Many aspects of the initial fuel treatments changed in 7 years. The overall hazard of the control units increased significantly indicating continued passive management has further increased already high fire hazards. Mechanical only fire hazard decreased after 7 years and are now similar to the two fire treatments, which both maintained low hazards throughout the study. Tree density declined significantly 7 years after the initial fire only treatments, while basal area in both fire treatments was unchanged relative to immediate post-treatment conditions. Our findings indicating reduced fire hazard over time in mechanical only treatments might provide an opportunity for a staggered treatment schedule that included prescribed fire which could increase overall treatment longevity to approximately 20 years. Changes in our mixed conifer forests after fuel treatment were generally larger than those reported from ponderosa pine forests in the Rocky Mountains.