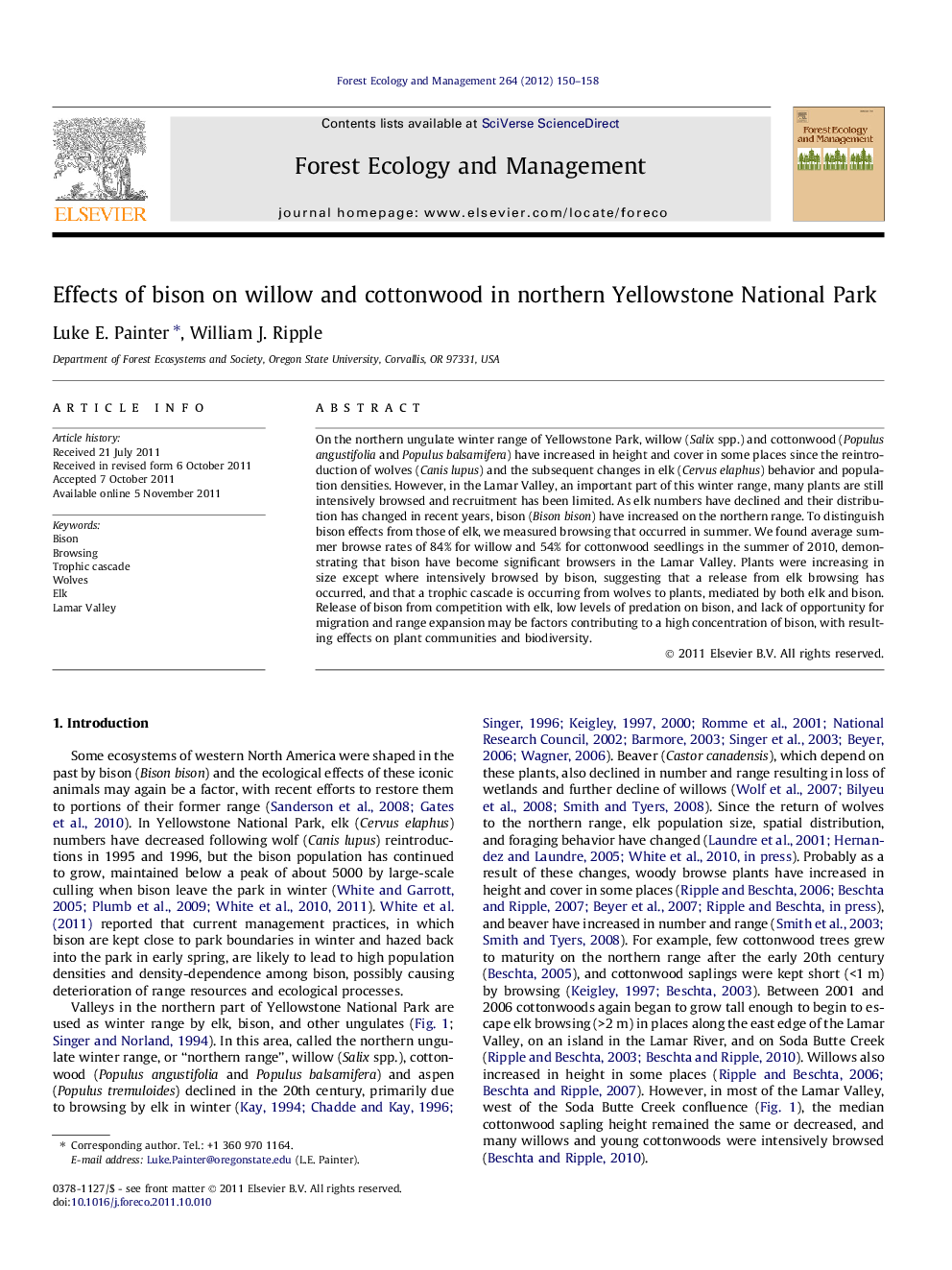 On the northern ungulate winter range of Yellowstone Park, willow (Salix spp.) and cottonwood (Populus angustifolia and Populus balsamifera) have increased in height and cover in some places since the reintroduction of wolves (Canis lupus) and the subsequent changes in elk (Cervus elaphus) behavior and population densities. However, in the Lamar Valley, an important part of this winter range, many plants are still intensively browsed and recruitment has been limited. As elk numbers have declined and their distribution has changed in recent years, bison (Bison bison) have increased on the northern range. To distinguish bison effects from those of elk, we measured browsing that occurred in summer. We found average summer browse rates of 84% for willow and 54% for cottonwood seedlings in the summer of 2010, demonstrating that bison have become significant browsers in the Lamar Valley. Plants were increasing in size except where intensively browsed by bison, suggesting that a release from elk browsing has occurred, and that a trophic cascade is occurring from wolves to plants, mediated by both elk and bison. Release of bison from competition with elk, low levels of predation on bison, and lack of opportunity for migration and range expansion may be factors contributing to a high concentration of bison, with resulting effects on plant communities and biodiversity.

► Bison increased following the reintroduction of wolves, as elk decreased.
► High summer browsing rates are due to bison: willow 84% and cottonwood 54%.
► Bison are suppressing the growth of willow and cottonwood in the Lamar Valley.
► Bison densities are high in the park, due to low predation and restricted movement.