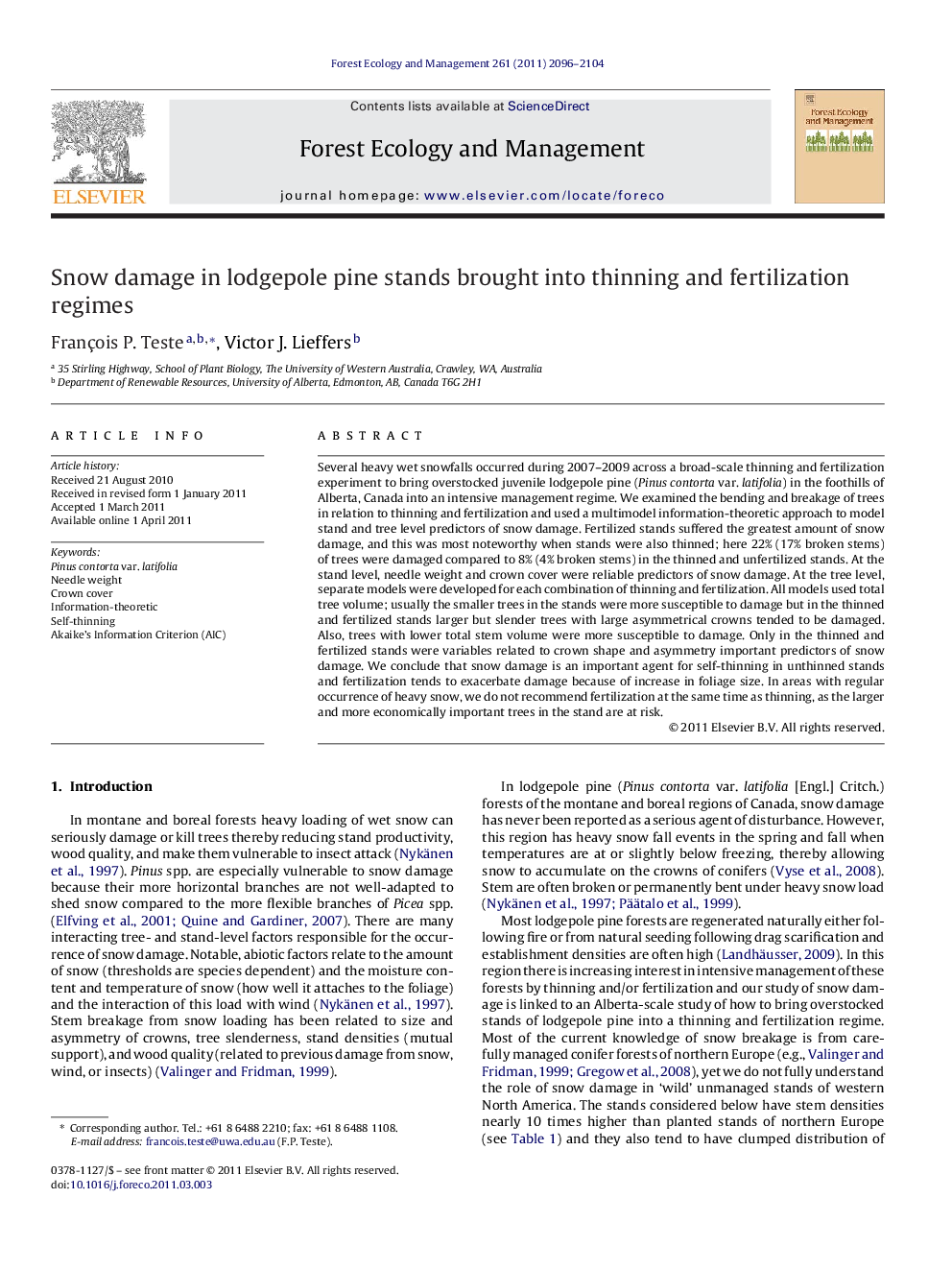 Several heavy wet snowfalls occurred during 2007–2009 across a broad-scale thinning and fertilization experiment to bring overstocked juvenile lodgepole pine (Pinus contorta var. latifolia) in the foothills of Alberta, Canada into an intensive management regime. We examined the bending and breakage of trees in relation to thinning and fertilization and used a multimodel information-theoretic approach to model stand and tree level predictors of snow damage. Fertilized stands suffered the greatest amount of snow damage, and this was most noteworthy when stands were also thinned; here 22% (17% broken stems) of trees were damaged compared to 8% (4% broken stems) in the thinned and unfertilized stands. At the stand level, needle weight and crown cover were reliable predictors of snow damage. At the tree level, separate models were developed for each combination of thinning and fertilization. All models used total tree volume; usually the smaller trees in the stands were more susceptible to damage but in the thinned and fertilized stands larger but slender trees with large asymmetrical crowns tended to be damaged. Also, trees with lower total stem volume were more susceptible to damage. Only in the thinned and fertilized stands were variables related to crown shape and asymmetry important predictors of snow damage. We conclude that snow damage is an important agent for self-thinning in unthinned stands and fertilization tends to exacerbate damage because of increase in foliage size. In areas with regular occurrence of heavy snow, we do not recommend fertilization at the same time as thinning, as the larger and more economically important trees in the stand are at risk.