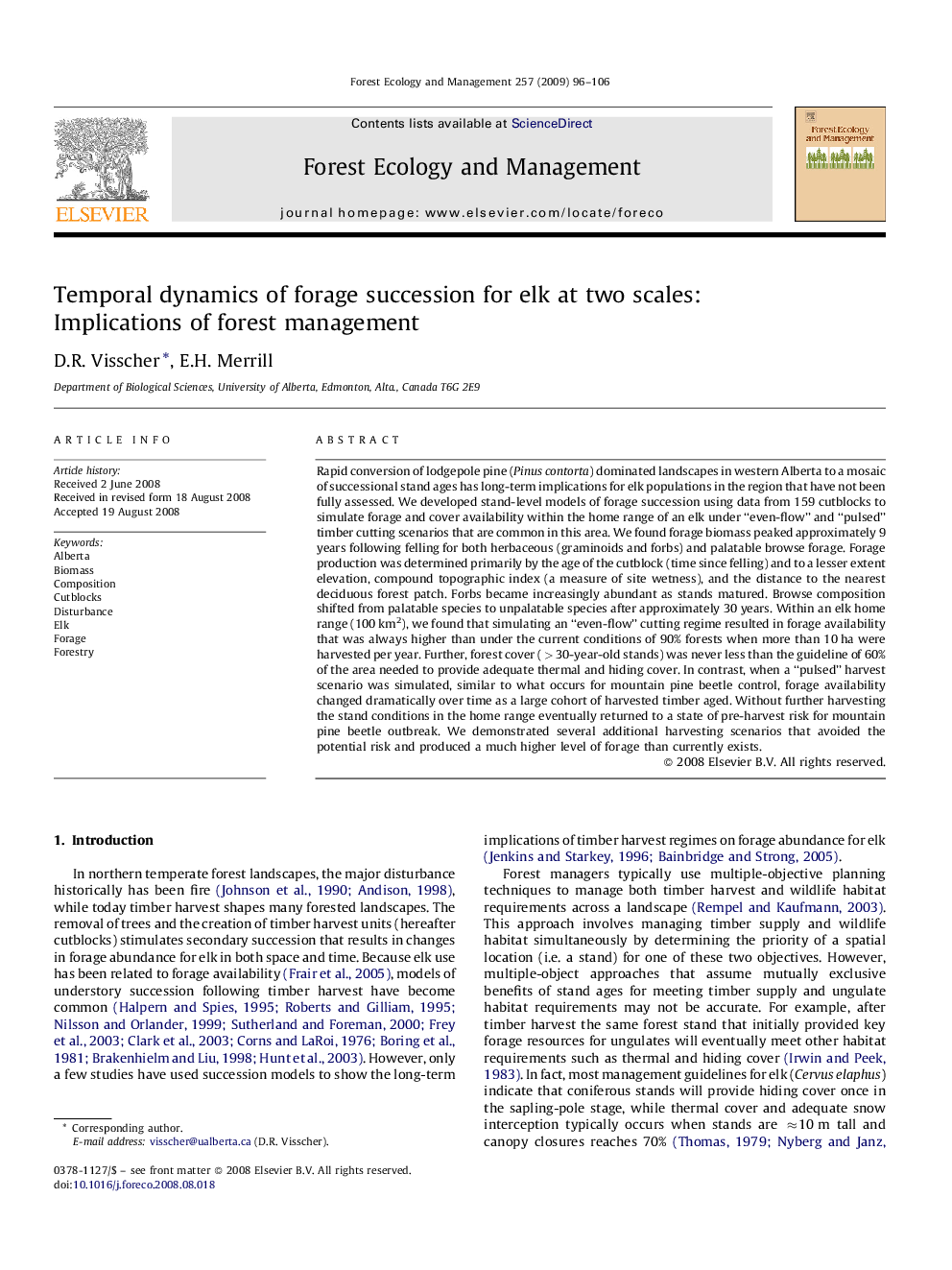 Rapid conversion of lodgepole pine (Pinus contorta) dominated landscapes in western Alberta to a mosaic of successional stand ages has long-term implications for elk populations in the region that have not been fully assessed. We developed stand-level models of forage succession using data from 159 cutblocks to simulate forage and cover availability within the home range of an elk under “even-flow” and “pulsed” timber cutting scenarios that are common in this area. We found forage biomass peaked approximately 9 years following felling for both herbaceous (graminoids and forbs) and palatable browse forage. Forage production was determined primarily by the age of the cutblock (time since felling) and to a lesser extent elevation, compound topographic index (a measure of site wetness), and the distance to the nearest deciduous forest patch. Forbs became increasingly abundant as stands matured. Browse composition shifted from palatable species to unpalatable species after approximately 30 years. Within an elk home range (100 km2), we found that simulating an “even-flow” cutting regime resulted in forage availability that was always higher than under the current conditions of 90% forests when more than 10 ha were harvested per year. Further, forest cover (>30>30-year-old stands) was never less than the guideline of 60% of the area needed to provide adequate thermal and hiding cover. In contrast, when a “pulsed” harvest scenario was simulated, similar to what occurs for mountain pine beetle control, forage availability changed dramatically over time as a large cohort of harvested timber aged. Without further harvesting the stand conditions in the home range eventually returned to a state of pre-harvest risk for mountain pine beetle outbreak. We demonstrated several additional harvesting scenarios that avoided the potential risk and produced a much higher level of forage than currently exists.