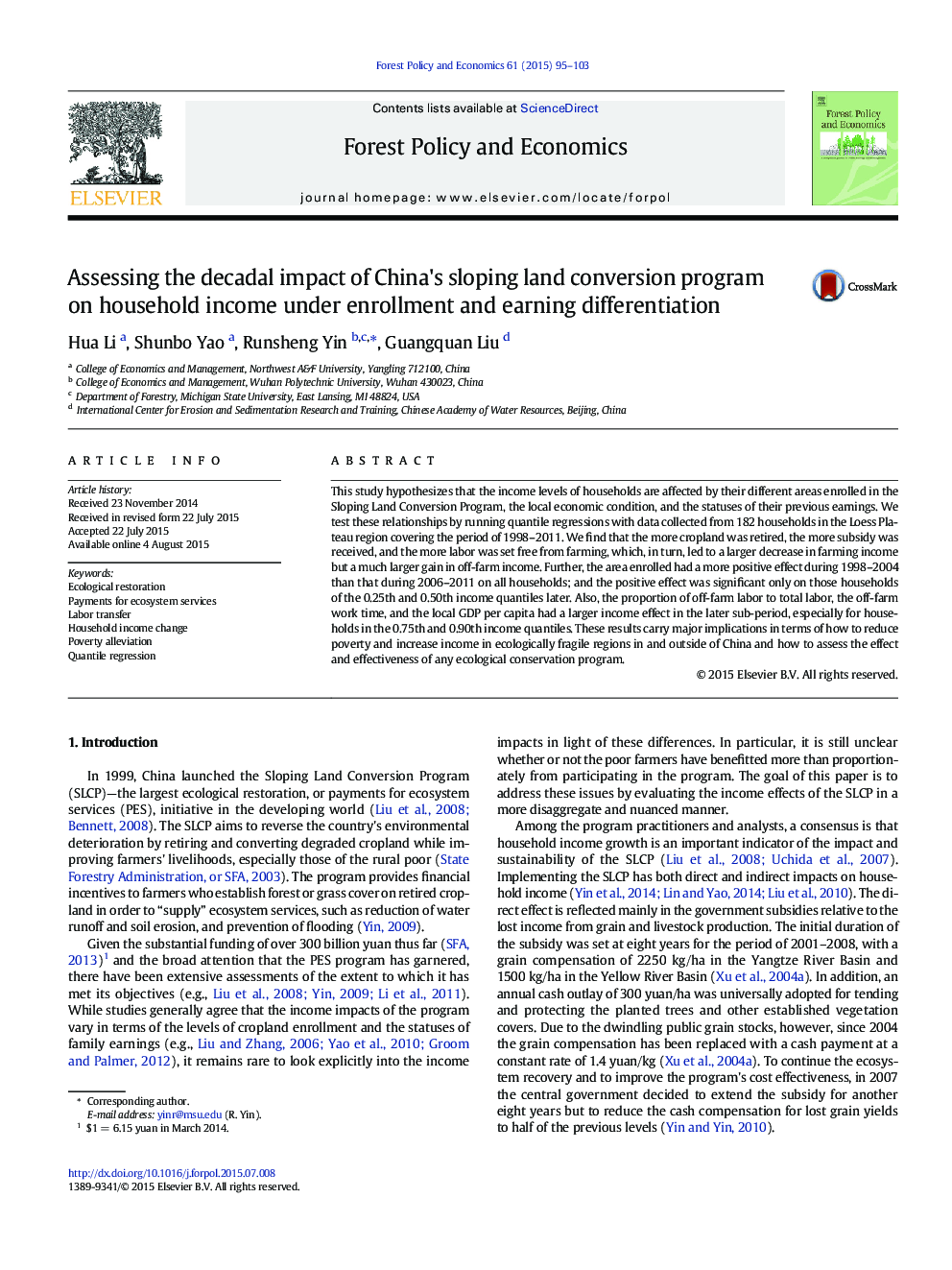 • The more land was retired, the more subsidy received, and the greater labor transferred.
• The area enrolled had a more positive income effect on all households during the early years.
• The same effect was significant only on those households in the lower income quantiles later.
• Greater land retirement and labor transfer led to larger decrease in farming income.
• These changes also resulted in much larger gains in off-farm and total income.

This study hypothesizes that the income levels of households are affected by their different areas enrolled in the Sloping Land Conversion Program, the local economic condition, and the statuses of their previous earnings. We test these relationships by running quantile regressions with data collected from 182 households in the Loess Plateau region covering the period of 1998–2011. We find that the more cropland was retired, the more subsidy was received, and the more labor was set free from farming, which, in turn, led to a larger decrease in farming income but a much larger gain in off-farm income. Further, the area enrolled had a more positive effect during 1998–2004 than that during 2006–2011 on all households; and the positive effect was significant only on those households of the 0.25th and 0.50th income quantiles later. Also, the proportion of off-farm labor to total labor, the off-farm work time, and the local GDP per capita had a larger income effect in the later sub-period, especially for households in the 0.75th and 0.90th income quantiles. These results carry major implications in terms of how to reduce poverty and increase income in ecologically fragile regions in and outside of China and how to assess the effect and effectiveness of any ecological conservation program.