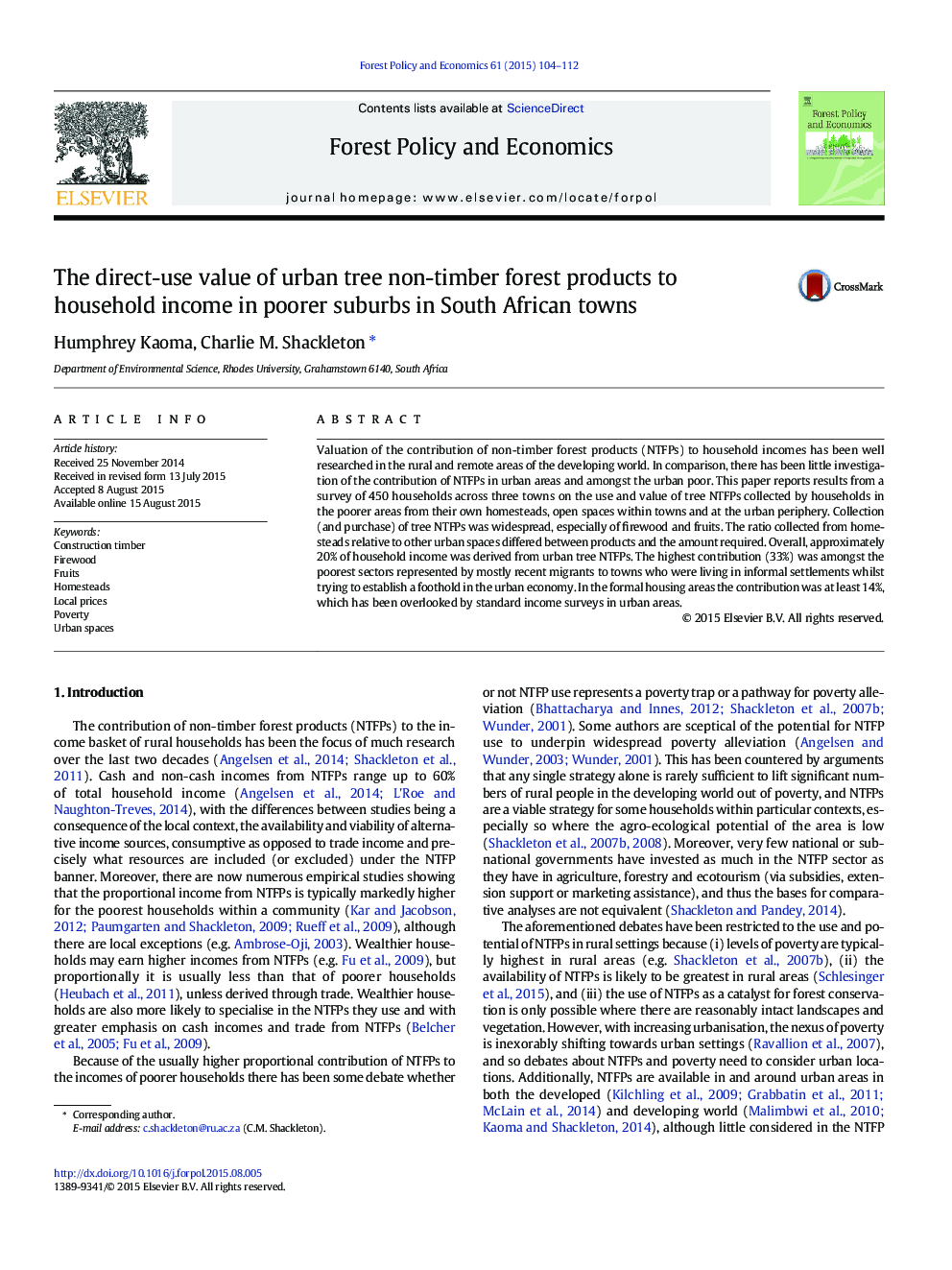 • Residents make extensive use of tree NTFPs sourced within urban spaces.
• The most common NTFPs sourced in urban space were firewood and fruit.
• Urban NTFPs provide 20% of household income amongst poor suburbs.
• New migrants obtain as much as 33% of their income from urban NTFPs.

Valuation of the contribution of non-timber forest products (NTFPs) to household incomes has been well researched in the rural and remote areas of the developing world. In comparison, there has been little investigation of the contribution of NTFPs in urban areas and amongst the urban poor. This paper reports results from a survey of 450 households across three towns on the use and value of tree NTFPs collected by households in the poorer areas from their own homesteads, open spaces within towns and at the urban periphery. Collection (and purchase) of tree NTFPs was widespread, especially of firewood and fruits. The ratio collected from homesteads relative to other urban spaces differed between products and the amount required. Overall, approximately 20% of household income was derived from urban tree NTFPs. The highest contribution (33%) was amongst the poorest sectors represented by mostly recent migrants to towns who were living in informal settlements whilst trying to establish a foothold in the urban economy. In the formal housing areas the contribution was at least 14%, which has been overlooked by standard income surveys in urban areas.