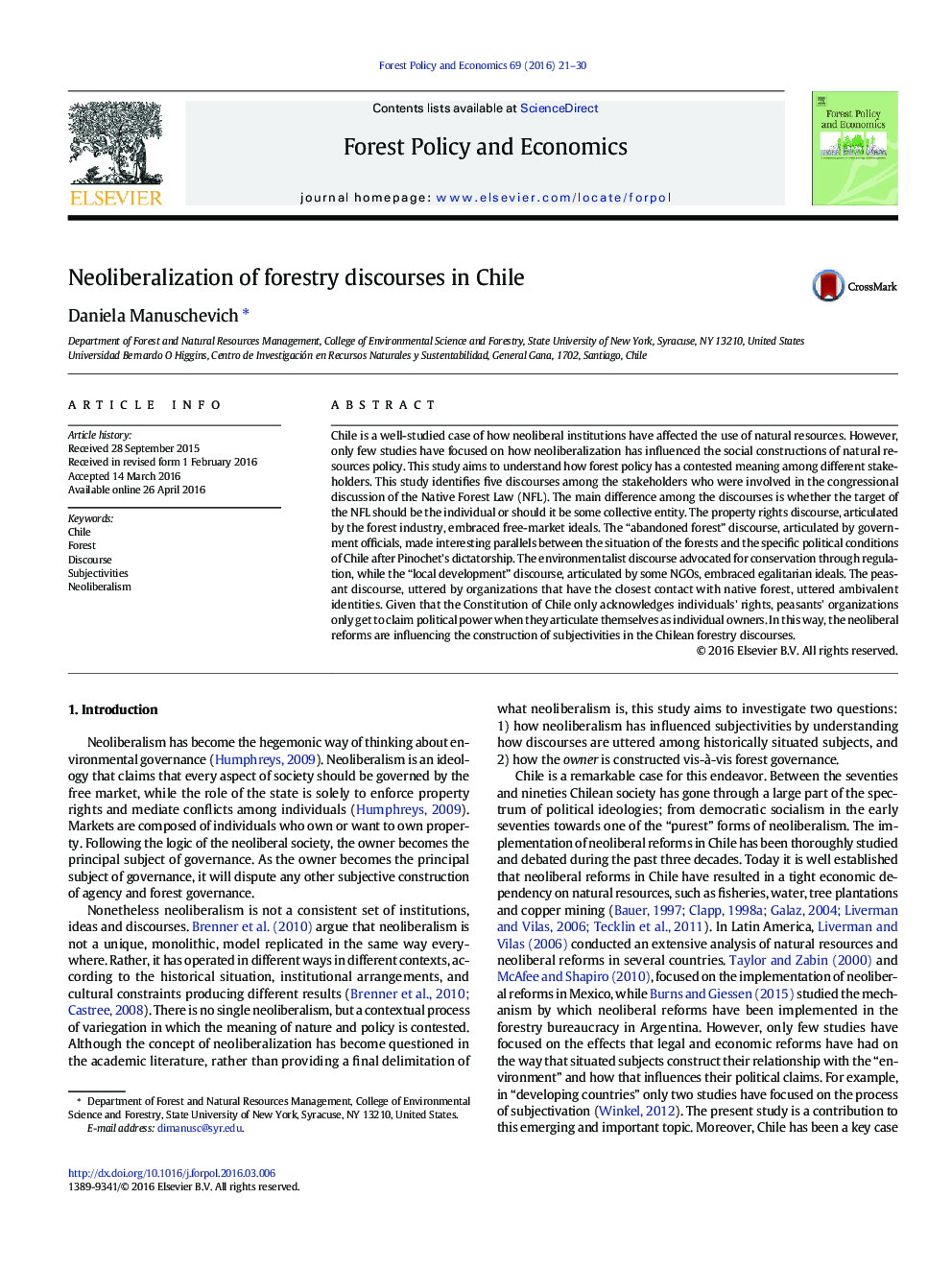 • Neoliberalism is hegemonic in environmental governance.
• This study analyzes how neoliberalism influenced forest policy discourses in Chile.
• Discourses varied from a property rights discourse to a local development discourse.
• Peasant's discourse oscillated among ownership and historical marginalization.
• Ownership is becoming the main subjective relationship with the forest in Chile.

Chile is a well-studied case of how neoliberal institutions have affected the use of natural resources. However, only few studies have focused on how neoliberalization has influenced the social constructions of natural resources policy. This study aims to understand how forest policy has a contested meaning among different stakeholders. This study identifies five discourses among the stakeholders who were involved in the congressional discussion of the Native Forest Law (NFL). The main difference among the discourses is whether the target of the NFL should be the individual or should it be some collective entity. The property rights discourse, articulated by the forest industry, embraced free-market ideals. The “abandoned forest” discourse, articulated by government officials, made interesting parallels between the situation of the forests and the specific political conditions of Chile after Pinochet's dictatorship. The environmentalist discourse advocated for conservation through regulation, while the “local development” discourse, articulated by some NGOs, embraced egalitarian ideals. The peasant discourse, uttered by organizations that have the closest contact with native forest, uttered ambivalent identities. Given that the Constitution of Chile only acknowledges individuals' rights, peasants' organizations only get to claim political power when they articulate themselves as individual owners. In this way, the neoliberal reforms are influencing the construction of subjectivities in the Chilean forestry discourses.