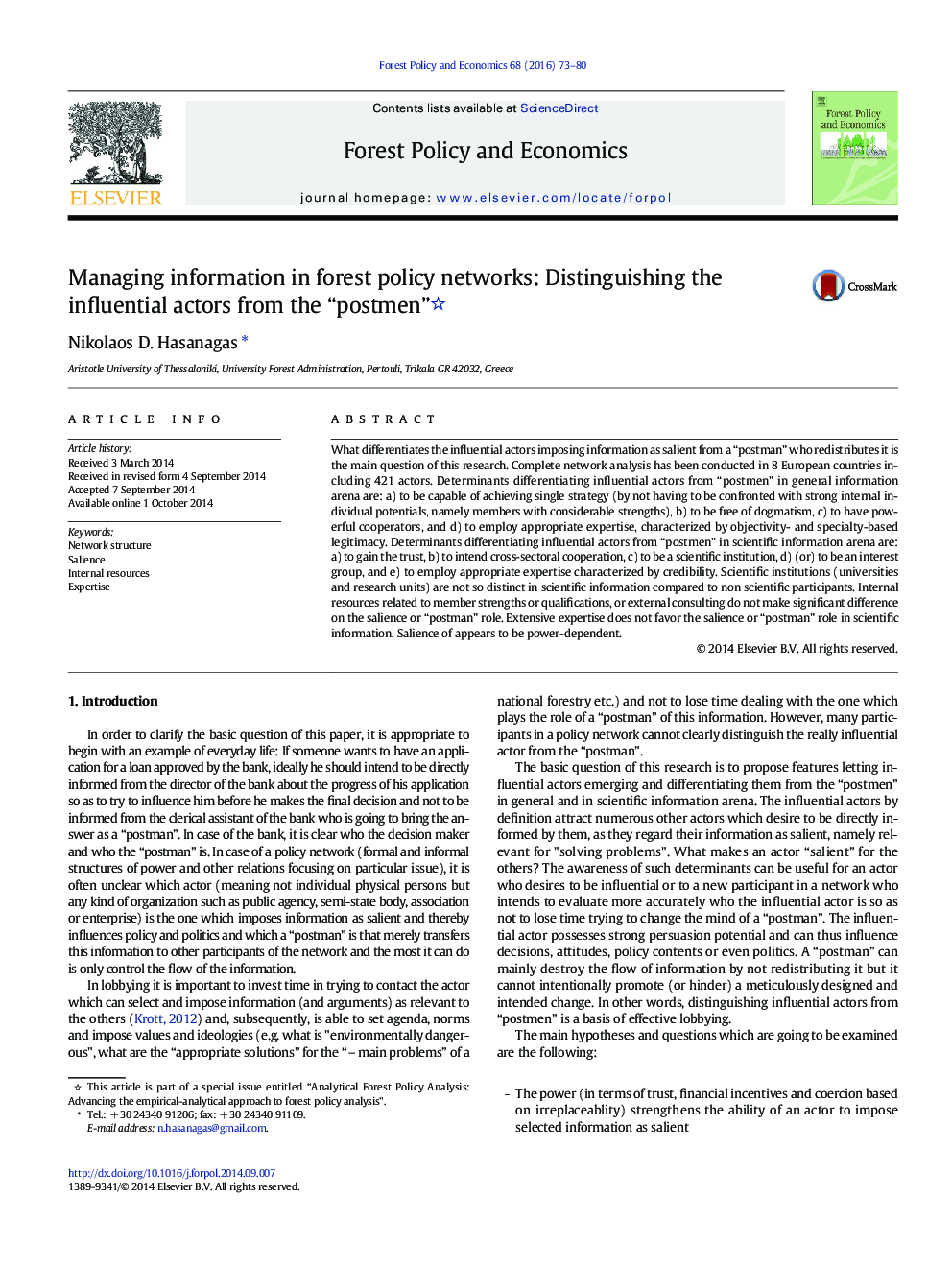 What differentiates the influential actors imposing information as salient from a “postman” who redistributes it is the main question of this research. Complete network analysis has been conducted in 8 European countries including 421 actors. Determinants differentiating influential actors from “postmen” in general information arena are: a) to be capable of achieving single strategy (by not having to be confronted with strong internal individual potentials, namely members with considerable strengths), b) to be free of dogmatism, c) to have powerful cooperators, and d) to employ appropriate expertise, characterized by objectivity- and specialty-based legitimacy. Determinants differentiating influential actors from “postmen” in scientific information arena are: a) to gain the trust, b) to intend cross-sectoral cooperation, c) to be a scientific institution, d) (or) to be an interest group, and e) to employ appropriate expertise characterized by credibility. Scientific institutions (universities and research units) are not so distinct in scientific information compared to non scientific participants. Internal resources related to member strengths or qualifications, or external consulting do not make significant difference on the salience or “postman” role. Extensive expertise does not favor the salience or “postman” role in scientific information. Salience of appears to be power-dependent.