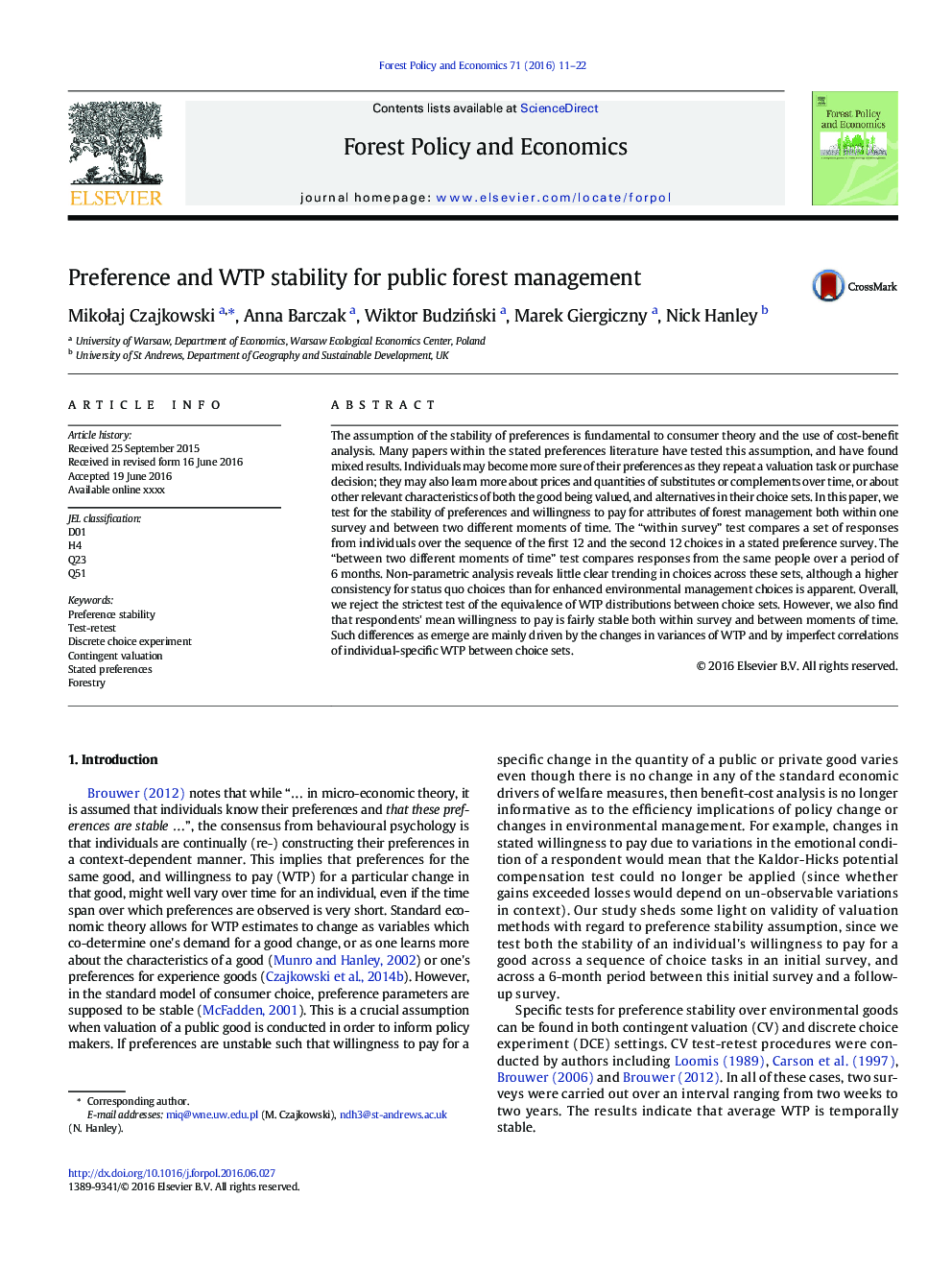 • We test the assumption of preference stability using evidence from a discrete choice experiment study of forest management.
• WTP derived from two sets of choice tasks in the same survey, and obtained from the same people six months later are compared.
• We analyse the dynamics of responses to choice tasks, showing how and when people changed their minds.
• We find that average WTP does not significantly change both within survey and between two different moments of time.
• However, the shapes of the distributions may differ.

The assumption of the stability of preferences is fundamental to consumer theory and the use of cost-benefit analysis. Many papers within the stated preferences literature have tested this assumption, and have found mixed results. Individuals may become more sure of their preferences as they repeat a valuation task or purchase decision; they may also learn more about prices and quantities of substitutes or complements over time, or about other relevant characteristics of both the good being valued, and alternatives in their choice sets. In this paper, we test for the stability of preferences and willingness to pay for attributes of forest management both within one survey and between two different moments of time. The “within survey” test compares a set of responses from individuals over the sequence of the first 12 and the second 12 choices in a stated preference survey. The “between two different moments of time” test compares responses from the same people over a period of 6 months. Non-parametric analysis reveals little clear trending in choices across these sets, although a higher consistency for status quo choices than for enhanced environmental management choices is apparent. Overall, we reject the strictest test of the equivalence of WTP distributions between choice sets. However, we also find that respondents' mean willingness to pay is fairly stable both within survey and between moments of time. Such differences as emerge are mainly driven by the changes in variances of WTP and by imperfect correlations of individual-specific WTP between choice sets.