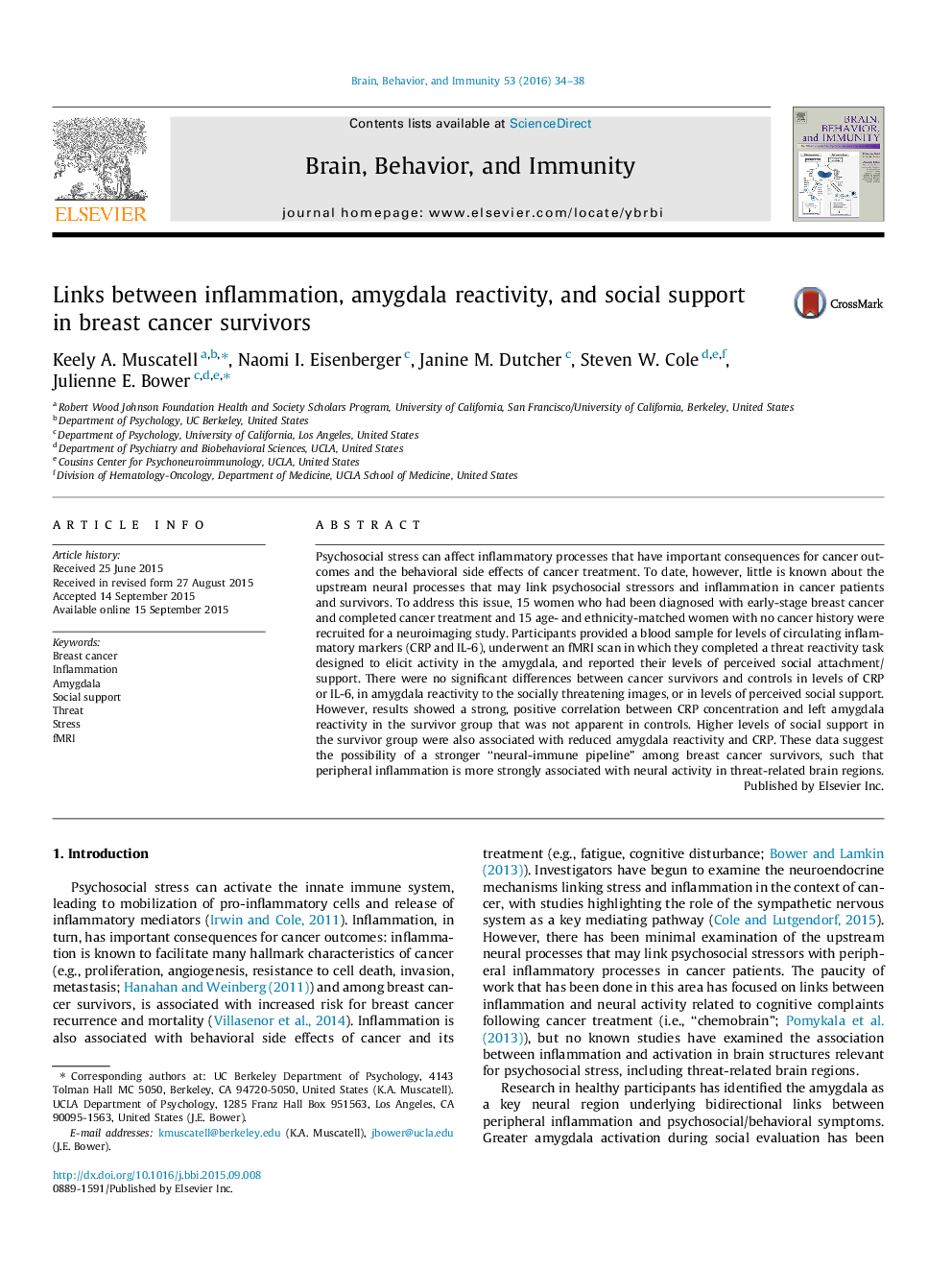 Psychosocial stress can affect inflammatory processes that have important consequences for cancer outcomes and the behavioral side effects of cancer treatment. To date, however, little is known about the upstream neural processes that may link psychosocial stressors and inflammation in cancer patients and survivors. To address this issue, 15 women who had been diagnosed with early-stage breast cancer and completed cancer treatment and 15 age- and ethnicity-matched women with no cancer history were recruited for a neuroimaging study. Participants provided a blood sample for levels of circulating inflammatory markers (CRP and IL-6), underwent an fMRI scan in which they completed a threat reactivity task designed to elicit activity in the amygdala, and reported their levels of perceived social attachment/support. There were no significant differences between cancer survivors and controls in levels of CRP or IL-6, in amygdala reactivity to the socially threatening images, or in levels of perceived social support. However, results showed a strong, positive correlation between CRP concentration and left amygdala reactivity in the survivor group that was not apparent in controls. Higher levels of social support in the survivor group were also associated with reduced amygdala reactivity and CRP. These data suggest the possibility of a stronger “neural-immune pipeline” among breast cancer survivors, such that peripheral inflammation is more strongly associated with neural activity in threat-related brain regions.