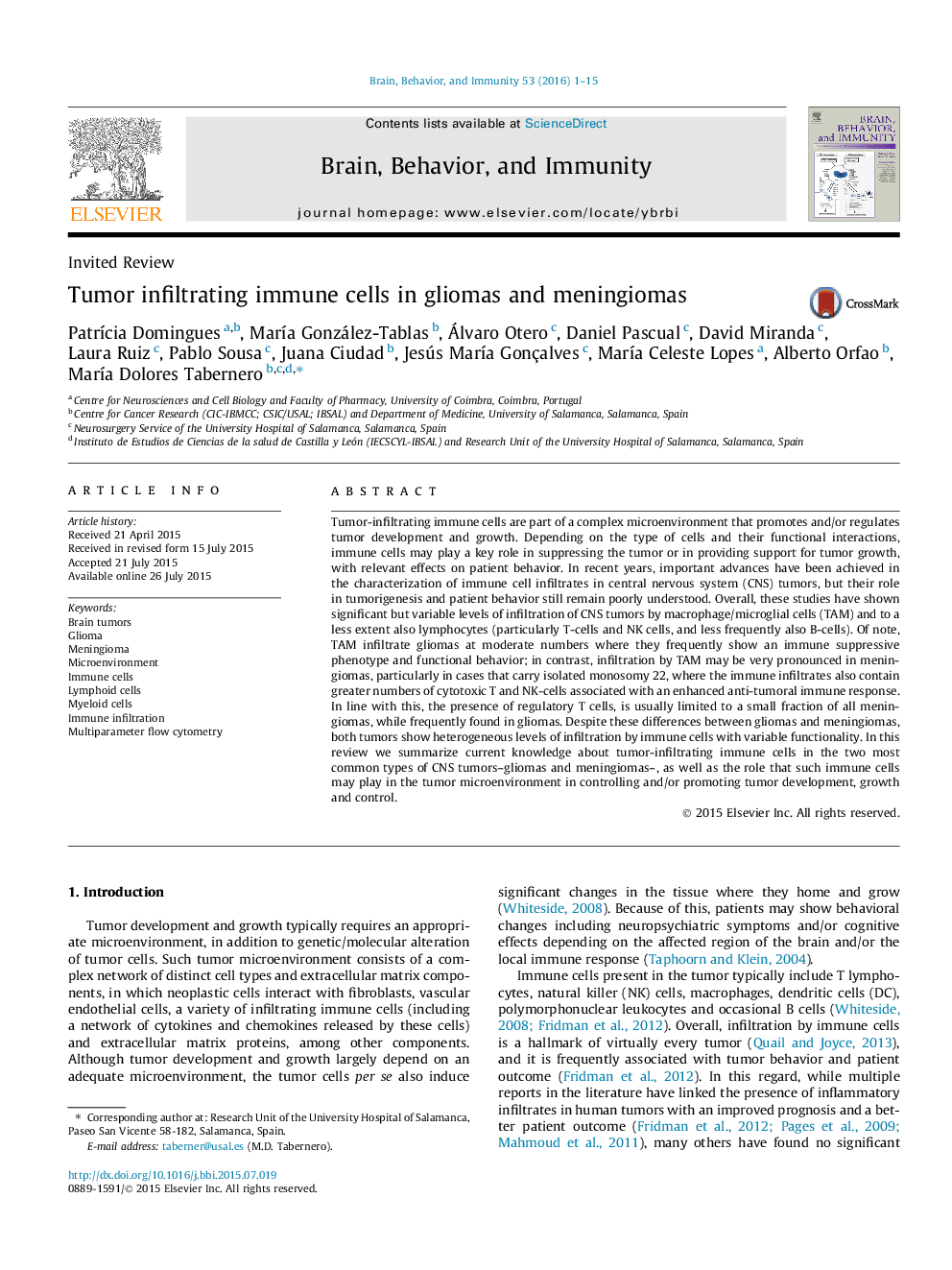 • The presence of tumor infiltrates by immune cells has been reported in both gliomas and meningiomas.
• Tumor-infiltrating immune cells play a very important role in tumor development and control.
• Macrophages predominate over CD8+ T-cells in association or not with natural killer- and B-lymphocytes.
• Flow cytometry has been used for the identification and characterization of cell populations in tumor samples.

Tumor-infiltrating immune cells are part of a complex microenvironment that promotes and/or regulates tumor development and growth. Depending on the type of cells and their functional interactions, immune cells may play a key role in suppressing the tumor or in providing support for tumor growth, with relevant effects on patient behavior. In recent years, important advances have been achieved in the characterization of immune cell infiltrates in central nervous system (CNS) tumors, but their role in tumorigenesis and patient behavior still remain poorly understood. Overall, these studies have shown significant but variable levels of infiltration of CNS tumors by macrophage/microglial cells (TAM) and to a less extent also lymphocytes (particularly T-cells and NK cells, and less frequently also B-cells). Of note, TAM infiltrate gliomas at moderate numbers where they frequently show an immune suppressive phenotype and functional behavior; in contrast, infiltration by TAM may be very pronounced in meningiomas, particularly in cases that carry isolated monosomy 22, where the immune infiltrates also contain greater numbers of cytotoxic T and NK-cells associated with an enhanced anti-tumoral immune response. In line with this, the presence of regulatory T cells, is usually limited to a small fraction of all meningiomas, while frequently found in gliomas. Despite these differences between gliomas and meningiomas, both tumors show heterogeneous levels of infiltration by immune cells with variable functionality. In this review we summarize current knowledge about tumor-infiltrating immune cells in the two most common types of CNS tumors–gliomas and meningiomas–, as well as the role that such immune cells may play in the tumor microenvironment in controlling and/or promoting tumor development, growth and control.