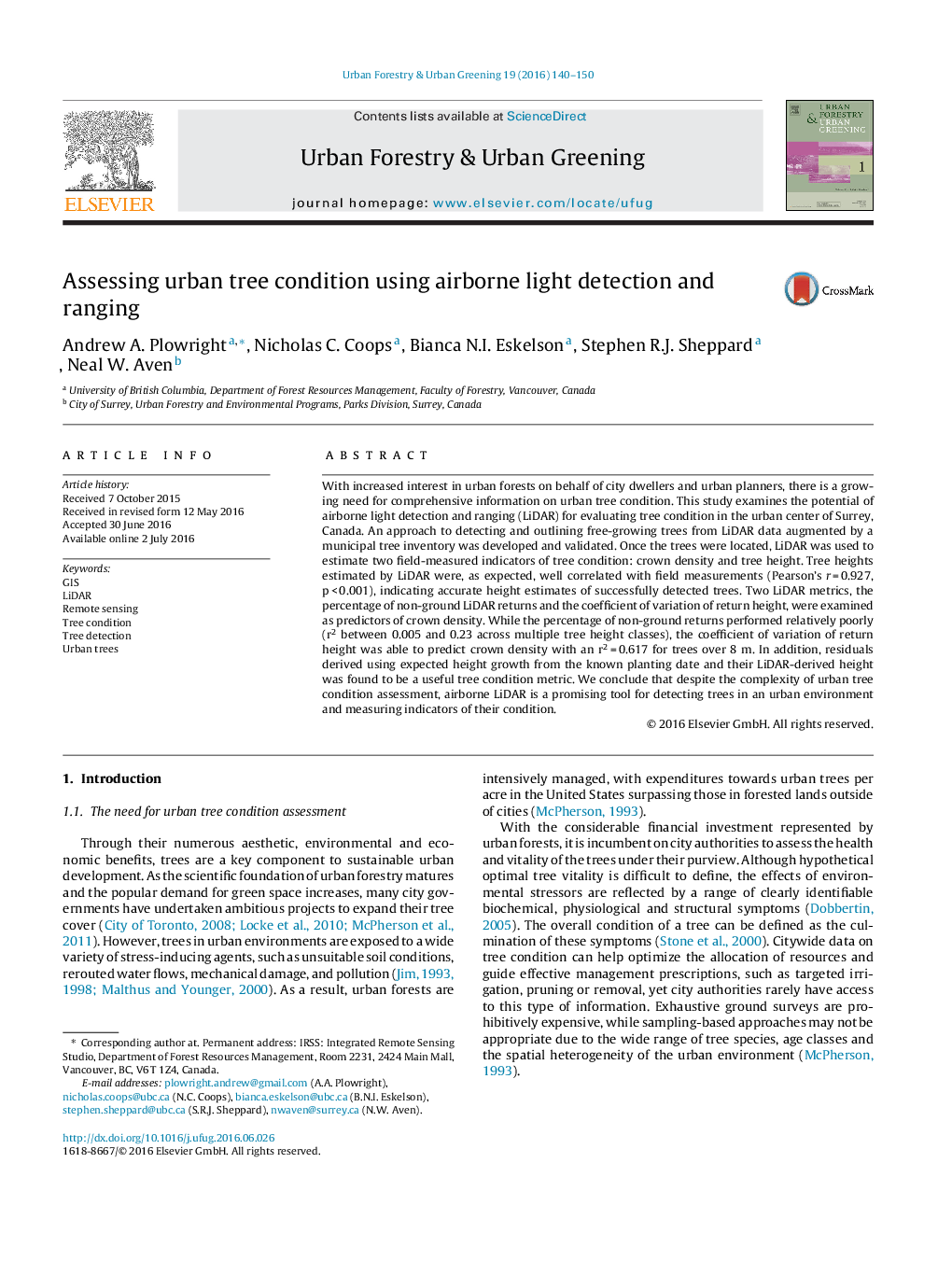 • Airborne LiDAR was used to estimate two indicators of urban tree condition: tree height and crown density.
• An automated method for detecting urban trees supported by GIS data was developed and tested.
• The coefficient of variation of LiDAR return heights is a stronger predictor of crown density than the percentage of non-ground returns.
• Improved methods for estimating crown density for juvenile trees are needed.

With increased interest in urban forests on behalf of city dwellers and urban planners, there is a growing need for comprehensive information on urban tree condition. This study examines the potential of airborne light detection and ranging (LiDAR) for evaluating tree condition in the urban center of Surrey, Canada. An approach to detecting and outlining free-growing trees from LiDAR data augmented by a municipal tree inventory was developed and validated. Once the trees were located, LiDAR was used to estimate two field-measured indicators of tree condition: crown density and tree height. Tree heights estimated by LiDAR were, as expected, well correlated with field measurements (Pearson’s r = 0.927, p < 0.001), indicating accurate height estimates of successfully detected trees. Two LiDAR metrics, the percentage of non-ground LiDAR returns and the coefficient of variation of return height, were examined as predictors of crown density. While the percentage of non-ground returns performed relatively poorly (r2 between 0.005 and 0.23 across multiple tree height classes), the coefficient of variation of return height was able to predict crown density with an r2 = 0.617 for trees over 8 m. In addition, residuals derived using expected height growth from the known planting date and their LiDAR-derived height was found to be a useful tree condition metric. We conclude that despite the complexity of urban tree condition assessment, airborne LiDAR is a promising tool for detecting trees in an urban environment and measuring indicators of their condition.