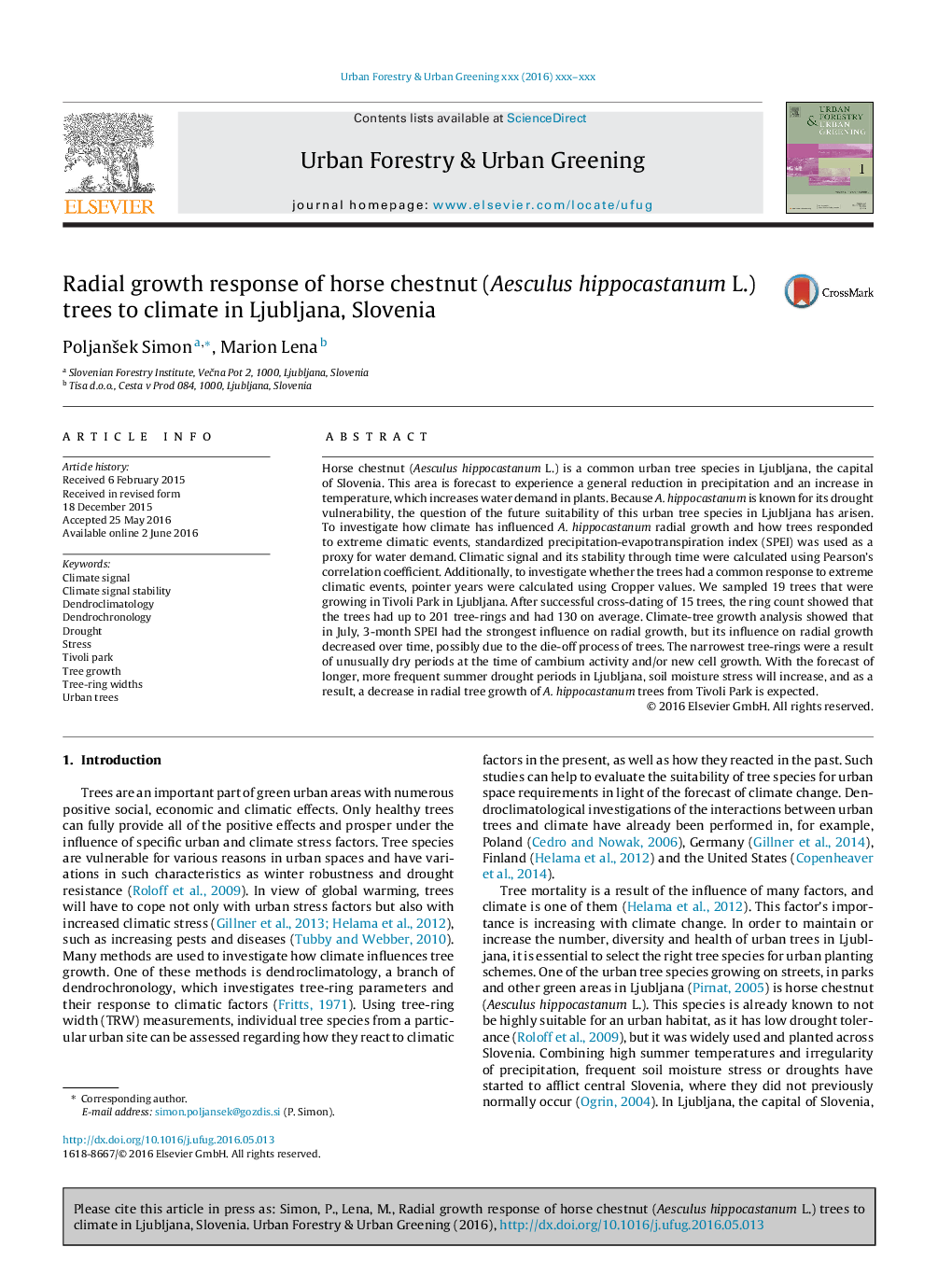 • A. hippocastanum trees from Tivoli Park, Ljubljana were up to 201 years old.
• Radial growth was most strongly influenced by 3-month July standardized precipitation-evapotranspiration index.
• Response of radial growth to soil moisture decreased over time.

Horse chestnut (Aesculus hippocastanum L.) is a common urban tree species in Ljubljana, the capital of Slovenia. This area is forecast to experience a general reduction in precipitation and an increase in temperature, which increases water demand in plants. Because A. hippocastanum is known for its drought vulnerability, the question of the future suitability of this urban tree species in Ljubljana has arisen. To investigate how climate has influenced A. hippocastanum radial growth and how trees responded to extreme climatic events, standardized precipitation-evapotranspiration index (SPEI) was used as a proxy for water demand. Climatic signal and its stability through time were calculated using Pearson’s correlation coefficient. Additionally, to investigate whether the trees had a common response to extreme climatic events, pointer years were calculated using Cropper values. We sampled 19 trees that were growing in Tivoli Park in Ljubljana. After successful cross-dating of 15 trees, the ring count showed that the trees had up to 201 tree-rings and had 130 on average. Climate-tree growth analysis showed that in July, 3-month SPEI had the strongest influence on radial growth, but its influence on radial growth decreased over time, possibly due to the die-off process of trees. The narrowest tree-rings were a result of unusually dry periods at the time of cambium activity and/or new cell growth. With the forecast of longer, more frequent summer drought periods in Ljubljana, soil moisture stress will increase, and as a result, a decrease in radial tree growth of A. hippocastanum trees from Tivoli Park is expected.