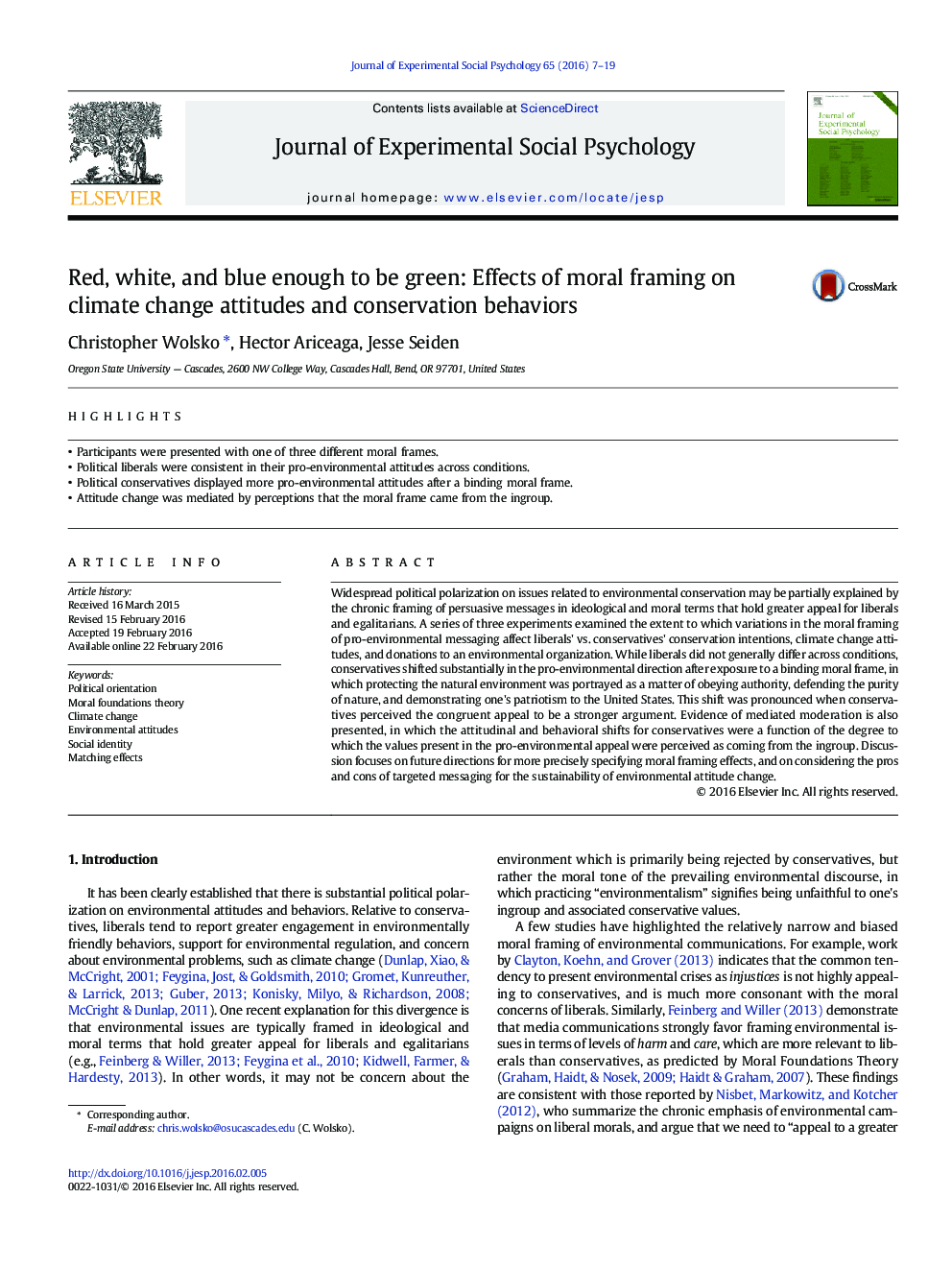 Widespread political polarization on issues related to environmental conservation may be partially explained by the chronic framing of persuasive messages in ideological and moral terms that hold greater appeal for liberals and egalitarians. A series of three experiments examined the extent to which variations in the moral framing of pro-environmental messaging affect liberals' vs. conservatives' conservation intentions, climate change attitudes, and donations to an environmental organization. While liberals did not generally differ across conditions, conservatives shifted substantially in the pro-environmental direction after exposure to a binding moral frame, in which protecting the natural environment was portrayed as a matter of obeying authority, defending the purity of nature, and demonstrating one's patriotism to the United States. This shift was pronounced when conservatives perceived the congruent appeal to be a stronger argument. Evidence of mediated moderation is also presented, in which the attitudinal and behavioral shifts for conservatives were a function of the degree to which the values present in the pro-environmental appeal were perceived as coming from the ingroup. Discussion focuses on future directions for more precisely specifying moral framing effects, and on considering the pros and cons of targeted messaging for the sustainability of environmental attitude change.