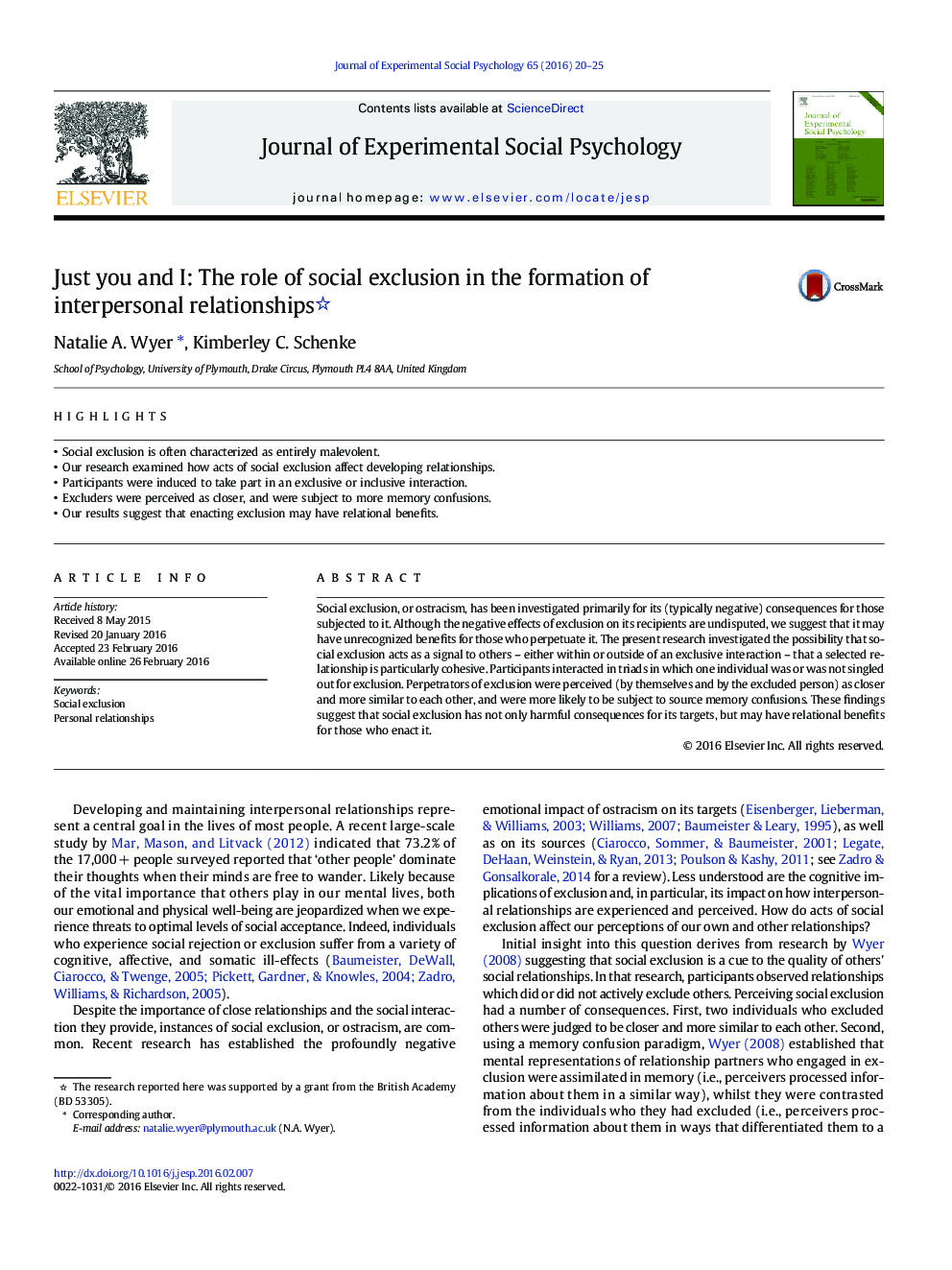 • Social exclusion is often characterized as entirely malevolent.
• Our research examined how acts of social exclusion affect developing relationships.
• Participants were induced to take part in an exclusive or inclusive interaction.
• Excluders were perceived as closer, and were subject to more memory confusions.
• Our results suggest that enacting exclusion may have relational benefits.

Social exclusion, or ostracism, has been investigated primarily for its (typically negative) consequences for those subjected to it. Although the negative effects of exclusion on its recipients are undisputed, we suggest that it may have unrecognized benefits for those who perpetuate it. The present research investigated the possibility that social exclusion acts as a signal to others – either within or outside of an exclusive interaction – that a selected relationship is particularly cohesive. Participants interacted in triads in which one individual was or was not singled out for exclusion. Perpetrators of exclusion were perceived (by themselves and by the excluded person) as closer and more similar to each other, and were more likely to be subject to source memory confusions. These findings suggest that social exclusion has not only harmful consequences for its targets, but may have relational benefits for those who enact it.